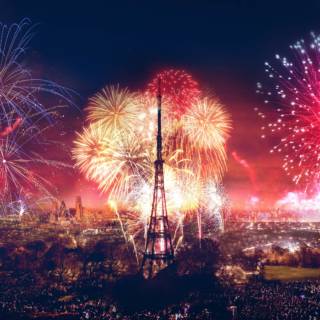 Set to be the biggest fireworks event in South London, the aptly named “Fireworks Spectacular” will once again light up the skies around Crystal Palace. Following suit with many other big fireworks events, this is the first year Crystal Palace is ditching the traditional 5th of November for a weekend date. In return, this year’s event promises to be more ambitious than before.

Along with a top-end fireworks and laser show, Arcadia’s “Lords of Lightning” will wow the crowds with their signiture blend of science and spectacle. For the uninitiated, that means they’ll be shooting multi-million volt arcs of electricity at eachother to music.

The bonfire goes up in flames at 6:30 pm sharp, while fireworks will fly from 8:30 pm. The gates close as the fireworks start—so arrive early!

The event boasts one of the better bar and street food selections available, as well as free live music and entertainment. There’s also a fairground for kids and adventurous adults.

Early bird tickets start at £10.00 for adults and £8.50 for kids 11–15. Kids under 10 are just £2.00, and there are several different family tickets, which offer slight savings. The event is expected to sell out–so it’s well worth buying your tickets early.