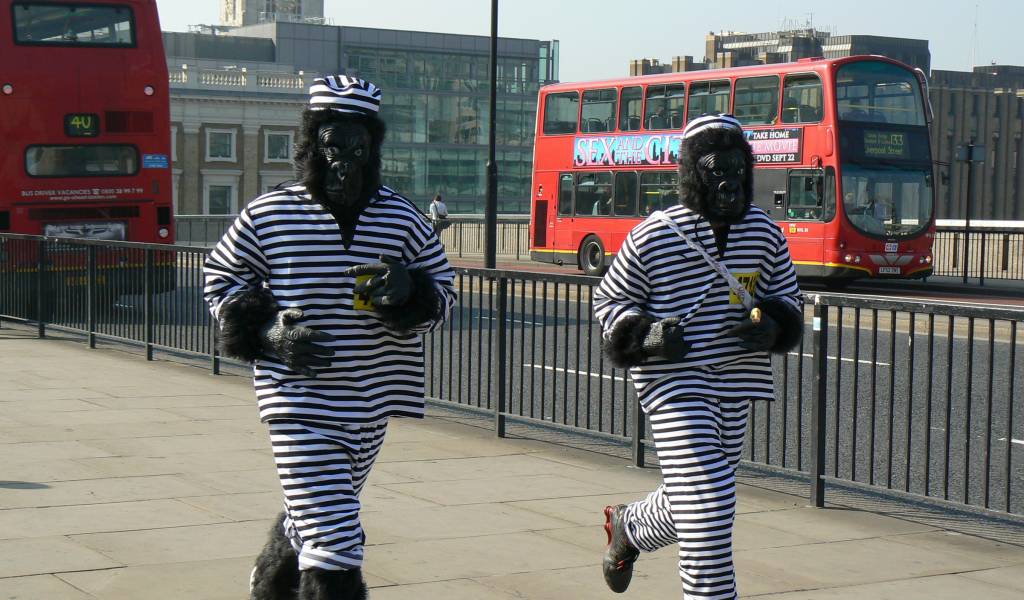 A note on the official page states that the Great Gorilla Run will take a break in 2019, but looks like it will return at a future date.

Begun in 2003 as a way to raise money for and awareness of the critically endangered gorillas of Africa, this fun run in which participants don gorilla suits has become an annual fixture and one of the UK’s top conservation events.

Since it’s a fundraiser, if you want to take part it’ll cost you £60.00 (that’s double the amount from 2017!) – but that includes your very own gorilla suit which you get to take home. Returning runners get a slight discount, with entry set at £40.00.

The goal is to get 1,000 runners to create a not-so-apocalyptic Planet of the Apes type invasion of central London. Watching is free but it wouldn’t hurt to donate a few pounds or to sponsor a gorilla.

The start/end point is near Tower Hill tube station with the course taking a loop through central London crossing the Thames via Tower Bridge and Blackfriars Bridge.