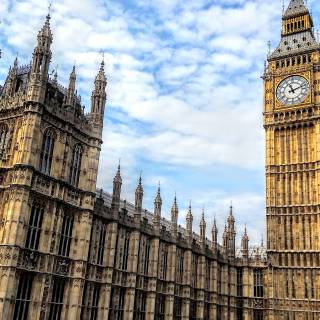 The Houses of Parliament opens its doors and invites you to peer inside on a guided tour of how UK Parliament works now, and find out more of its history. During the 90-minute tour, you’ll get to step inside (though sitting is not permitted) the Commons Chamber, the Lords Chamber, walk past ornate frescos and statues that tell have plenty of stories to tell from some of the most signficant moments in British politics.

You can only take photos in Westminster Hall, but other highlights include the Queen’s Robing Room, the Royal Gallery, Central Lobby, and St. Stephen’s Hall. Tours run every Saturday throughout the year, and on weekdays during the summer recess, which is when Parliament doesn’t sit throughout August, with the exception of Bank Holiday Monday.