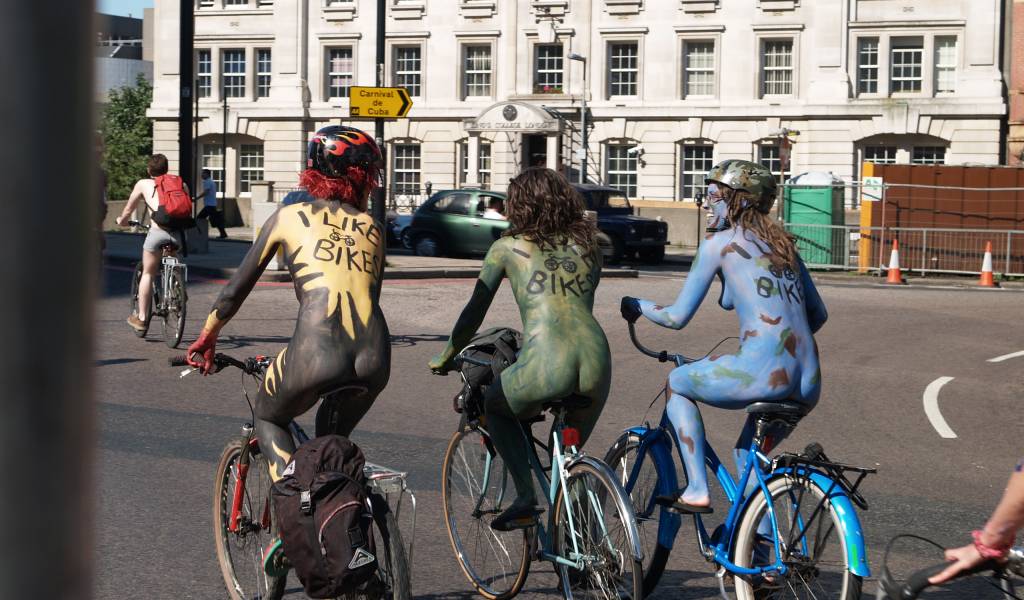 Pic: WNBR
Sharing
We are yet to confirm the dates and details of this event.

London Naked Bike Ride is an annual nude cycling event in protest against car culture and oil dependency.  Protesters will ride naked through the city streets with slogans painted on their backs including ‘Burn Fat Not Oil’, ‘Less Gas More Ass’ or (in our opinion) the best: ‘Energy Is Renude’.

Full nudity is optional; some people cycle in their underwear for personal modesty/chafing reasons. But if you’re brave enough to bare all, remember it’s considered bad form to disrobe before the start of the ride. There are often volunteer body painters at the starting points, if you want help getting super festive.

Note that these are not yet final and may change. There is no Hyde Park start this year.