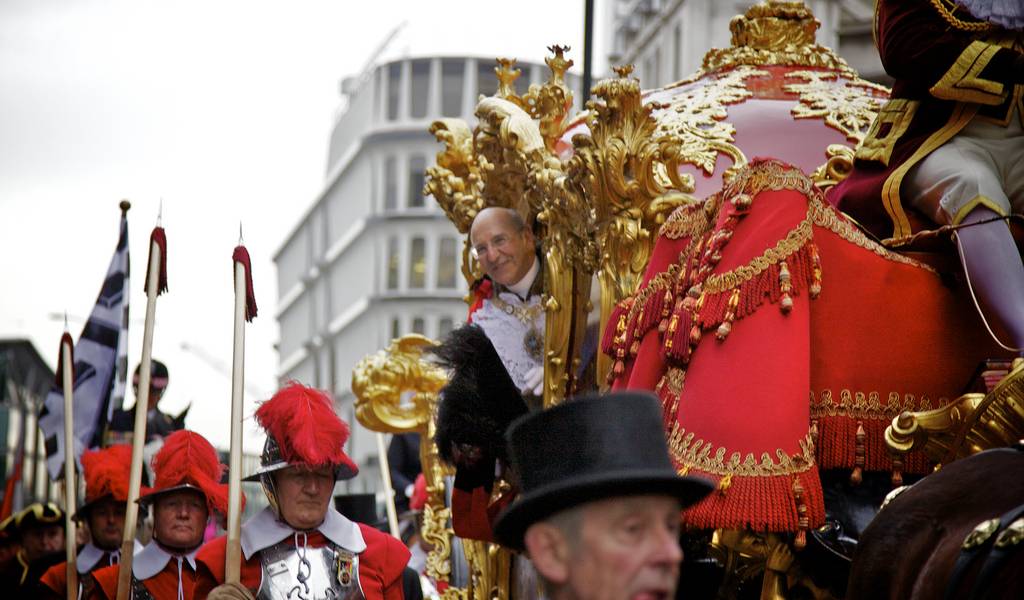 Pic: Aurelien Guicharde used under CC
Sharing
We are yet to confirm the dates and details of this event.

An age-old London tradition, the Lord Mayor’s show takes place every year. It was even mentioned by Samuel Pepys, well–known diarist and cheese burier. In 1215, when King John issued a royal charter allowing the city to elect its own Mayor each year, he set a special condition: the new mayor must travel to Westminster and swear loyalty to the crown.

Today the Lord Mayor’s procession is a faithful following of tradition, albeit with some changes to the original route and date over the years. The Mayor will travel in a 250-year-old state coach with pikemen through the busy streets as Londoners celebrate the tradition. The 694th Lord Mayor of London will be Alderman Nicholas Lyons of the Tower Ward.

The day starts at 11am with the world-famous procession. Join the crowds along the three-mile route from Bank, past St Pauls and on to the Royal Courts. The procession takes over an hour to pass and includes 133 floats, marching bands and performers galore from local communities and companies. The new Lord Mayor will enter the fabulously ornate State Coach just before midday and arrive at St Pauls at 12:08. He will then receive a blessing before departing from the City at Temple Bar, arriving in Westminster (at the Royal Courts of Justice) at 12:28. Having sworn the oath of allegiance to the Queen’s Bench, the procession sets off again back to Mansion House.

Check out the procession schedule if you’d like to have any clue who’s doing what.

Want to know where to actually stand? The official website lists a few prime spots. Things are scheduled to wrap up around 4 pm.

Featured Events
More Events
We do our best to make sure event info is correct. However, all event details are subject to change.