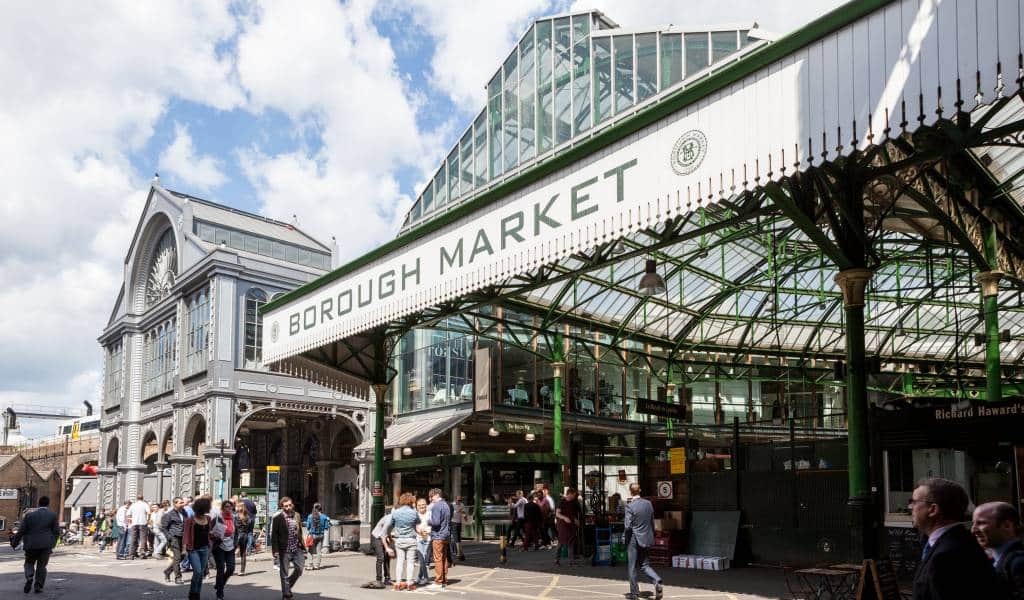 Modernity and history sit side by side in this riverside part of town. By the station, you’ll see the tallest building in Western Europe The Shard soaring high at 800ft, appearing to pierce the sky. Foodie haven Borough Market is buzzing on Saturdays, with a smaller lunchtime market open on weekdays. Try samples of tasty treats, and sit in the grounds of Southwark Cathedral, the oldest in London. Some of most interesting places are to be found in winding alleyways and cobbled side streets, and quiet riverside spots which reveal stories of London’s pillaging, and often gruesome past. Just by the market is the reconstructed Tudor galleon The Golden Hinde II where you can embark on a self-guided tour of 16th Century seafaring for £4.50.

Chances are you will arrive in the area and be accosted by grim-faced strangers (actors in heavy makeup!) trying to tempt you into tourist experiences like London Dungeon or The London Bridge experience. However, if you’re not too faint of heart, and crave history delivered in a less theatrical way, visit The Old Operating Theatre & Herb Garret or the notorious Clink Prison Museum, you can’t miss it – just look out for the caged skeleton that hangs creepily above the door.

For entertainment, head to The Roxy Bar & Screen where a £14 ticket will get you dinner and a film, they also host cult and niche film nights, festivals and major sporting events too. There are some decent, old pubs in London Bridge too, including the historic George Inn, where Charles Dickens once drank. It gets pretty busy but has lots of connected smaller bars and big open courtyard that comes alive on warmer days.

All Articles about London Bridge

Things To Do in London Bridge