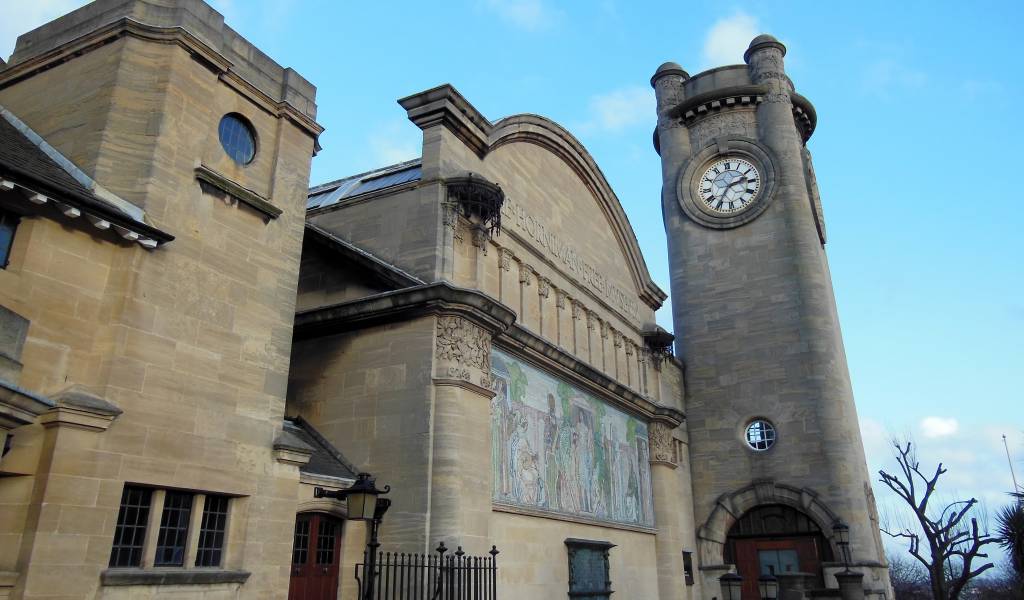 Having free entry to major museums is one of the best things about London. But much as we love the big ones like the V&A, Natural History Museum and Tate, it’s worth spending a little time and (occasionally) a bit of cash on cheap entry to some of the city’s more obscure cultural offerings. Entry to these places of oddity and wonder ranges from free to ten pounds. If weird free London museums and budget trips to ornate private homes, sites of medical history, old toys, cinema paraphernalia and anthropological collections are your bag, read on.

As the name suggests, it’s an old operating theatre. It’s the only 19th-century operating theatre in the country, and it’s nestled in the attic of an old church opposite Guy’s Hospital. Climb up the wooden steps to see original furniture and gruesome-looking surgical implements. Discover the grisly stories of pre-anesthetic operations carried out on poor women who were the patients there.

It’s a theatre in two senses of the word; the wooden benches overlooking the operating table were often filled with students, peering at the unfortunate women. Bonus fact: it’s also known as the Herb Garret, as herbs and dried heads of opium plants were found in the rafters.

It’s the Georgian home of famous London architect Sir John Soane, whose work included the old Bank of England and Dulwich Picture Gallery. The museum has been preserved as it was at the time of his death 180 years ago, left for the benefit of amateurs and students as per his wish and an Act of Parliament.

Here, you’ll find a huge collection of antiquities, including thousands of architectural drawings, sculptures, furniture, and artworks by British artists Hogarth and JMW Turner. Last year saw the completion of a seven-year restoration project. The work opened up previously unseen spaces like the kitchens, basement anterooms and and catacombs filled with Soane’s collection of Roman artefacts.

Walthamstow is also home to the better-known (and lovely) William Morris Gallery, but if you’re interested in something a bit more niche, check out the Pumphouse Museum. As the name suggests, the building is an old water pumping station, and the museum is dedicated to transport, technology, and local industrial history.

Exhibits include old Victoria Line carriages (often used for filming and photoshoots), old Victorian pumps and compressors. Basically, anyone who likes to nerd out over old locomotive and industrial revolution machinery will be well rewarded by a weekend trip to this place. You’ll have to time it right, though; it’s only open on Sundays between 11:00-15:00 (or other days by prior arrangements.) On the last Sunday of each month you can see old steam engines in action.

We’ve shown our love for this one before, but it bears repeating. Truly one of London’s hidden gems, it’s tucked down a residential street in Kennington. The former Victorian workhouse (and residence of  a young Charlie Chaplin) is now a treasure trove for cinema lovers. The exterior still looks like an old workhouse, but it houses a collection of artefacts and old film equipment going as far back as the 1890s.

It’s volunteer-run, and only open for pre-booked tours. Definitely worth a tenner for film buffs, not so much if you’re not into film—but if you are, it’s a true delight. The museum is also open for talks, screenings, markets and performances often around the £5 mark.

Home to an infamous over-stuffed Walrus (so legendary, there is a pub in nearby New Cross called The Fat Walrus). Perhaps more importantly, it’s a large, Victorian (yeah, those guys again!) anthropological museum and gardens, with natural history exhibits behind glass cases and a shedload of cool musical instruments—around 1300 of them.

In fact it’s more like several museums in one place. The Horniman also has an aquarium, 16 acres of beautifully-landscaped gardens and the Hands on Base—where you’re allowed to handle some of the objects displayed. If Mexican masks and musical instrument experiments are your thing, grab your chance here.

There are some more modern elements though. New offerings include temporary exhibitions like The Robot Zoo, where you can design your own ‘mutant’ robot creature. The main museum and gardens are free, but there is a small charge for the aquarium and temporary exhibitions.

Last, but certainly not least, is a rather special one—they even (used to) have an About You page. Hidden behind some battered old doors on a Spitalfields house lie some secrets of London’s multicultural heritage. 19 Princelet street was formerly called The Museum of Immigration and Diversity, the first of its kind.

The house has an interesting history; it was originally the home of the Ogier family who escaped persecution in France in 1719 and later prospered in the silk-weaving trade. It would go on to house Irish immigrants, and later Jewish communities from Eastern Europe who installed the Synagogue.

The main exhibition on display is Suitcases and Sanctuary, spread over three floors, which was created by children to explore waves of immigration through personal items, luggage and poems.

Going there requires a bit of forward planning as it’s only open at certain times of the year—it’s too fragile to take large numbers, but you can book group visits at a month’s notice.