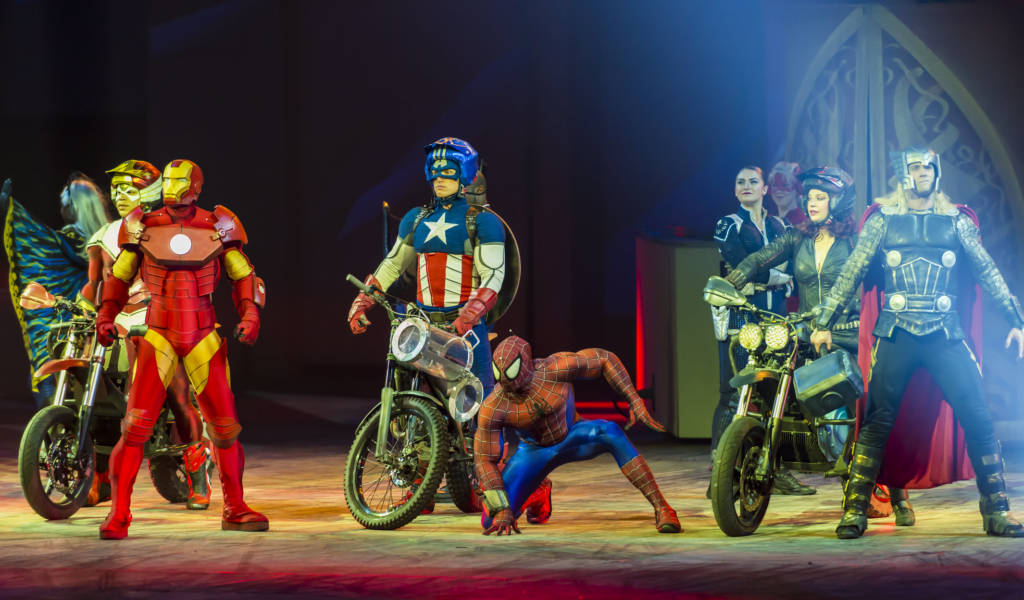 Marvel fans will gather to witness their favourite heroes and villains do epic battle under the roof of the 02 Arena. Avengers and their friends the Guardians of the Galaxy assemble to defend the Wand of Watoomb from Loki, and stop him from using its mystical powers to take over Asgard and Earth.

The action-packed show is suitable for all-ages to see the likes of Iron Man, Captain America, Thor, Black Panther, Hulk and Black Widow go head to head with Loki, Black Cat, the Green Goblin and bunch of other foes. Marvel Universe Live is filled with special effections, aerial stunts, video projections and whole lot of adventure.

The story is an all-new adventure to bring together a huge cast of the most beloved characters in the Marvel Universe, children of any age can attend but there are loud effects, short periods of blackout and strobes used in the perfomance.