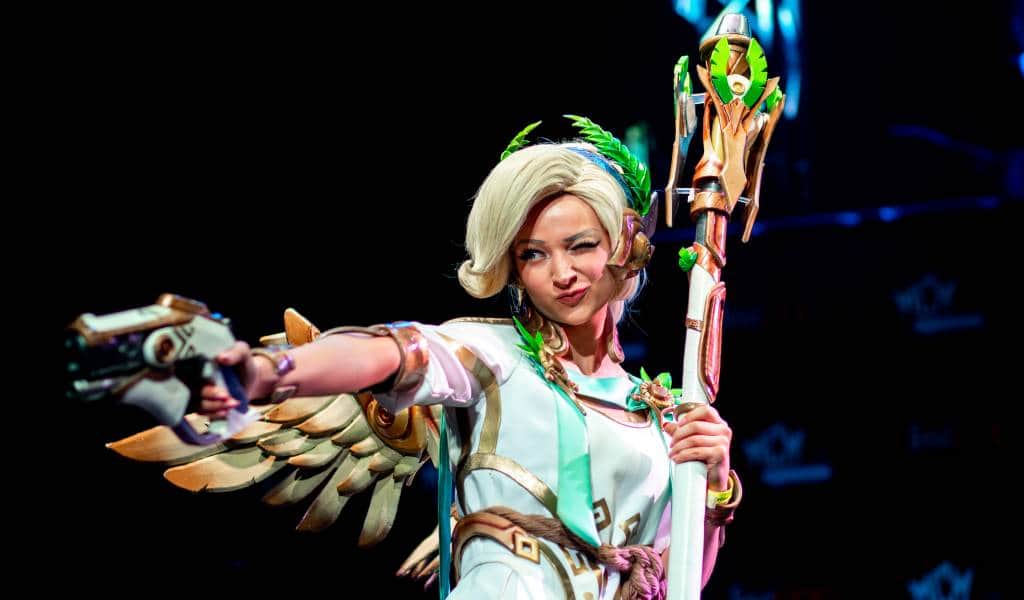 Pic: MCM Comic Con
Sharing
We are yet to confirm the dates and details of this event.

Cosplayers, film geeks, and graphic novel fans gather under one colourful roof to pledge their pop cultural allegiance during the biannual MCM Comic Con. This is part one of the UK’s biggest pop culture event — the second takes place at the end of October.

What’s on at MCM Comic Con

This edition’s special guests have yet to be announced.

Perennial highlight include the Side Quest gaming zone, where you can try out the newest (or upcoming-est) games on the market (plus play old favourites), and Artist Alley for indie comics. Go the extra geek-out mile at Pop Asia – a celebration of the music, food, fashion, anime and manga produced on the other side of the world.

If you’d like to cosplay, you can show up in your attire or get changed there. Just head to the cosplay desk for further directions. Be sure to check the rules — especially if you’re planning on bringing fake weapons.

Register by 4 April to take part in the Cosplay Masquerades on the main stage on Saturday and Sunday. You can also register — between 30 March and 24 April — for the Cosplay Central Crown Championships, which will be held on Saturday. The winner gets two free weekend passes for the October edition of MCM Comic Con, where the finals will be held, PLUS travel, acccommodations and £1000.

Going for the first time? Then check out previous years’ offerings for inspiration, and transform yourself into a DIY superhero or graphic novel character. Get close to the backstage action and nab free entry to MCM Comic Con London by doing two volunteer shifts as a steward.

Purchase by 1 April and the tickets will be mailed to your home, meaning you won’t have to queue on the day to pick them up.

The event takes place in the huge ExCel Hall. That makes Customs House or Prince Regent on the DLR your best bet for travel on the day.