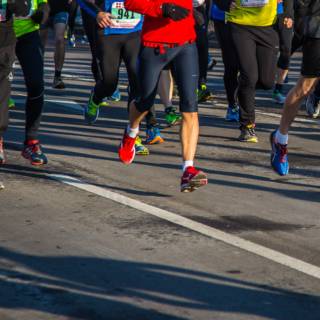 Cheer on runners and do some Sunday sightseeing at the same time. Now in its 10th year, The Royal Parks Half Marathon passes a host of famous landmarks. These include the Royal Albert Hall and The Houses of Parliament. The run also covers four of London’s eight Royal Parks Hyde Park, The Green Park, St James’ Park and Kensington Gardens.

This year the run will be abandoning the use of plastic bottles. That makes this the first major running event in the city to do so. leaflets, balloons and palm oil are also a thing of the past. So the only things that should be left behind are a whole lotta footprints. Here’s hoping the rest of London’s events follow suit!

You can download a map from the website, to see the full route. The start and end points are by the festival area in Hyde Park, close to Knightsbridge Tube.