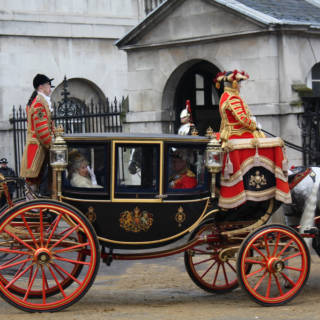 Marking the start of a session of parliament, the State Opening of Parliament sees Queen Elizabeth II travel from Buckingham Palace to the Palace of Westminster by horse drawn carriage to give her “Speech from the Throne”.

Thousands of spectators watch as the procession of household cavalry and the queen’s carriage proceeds as it heads along The Mall and Whitehall before arriving at the Houses of Parliament.

The ceremony usually takes place in May or June. 2019’s date has not yet been announced.