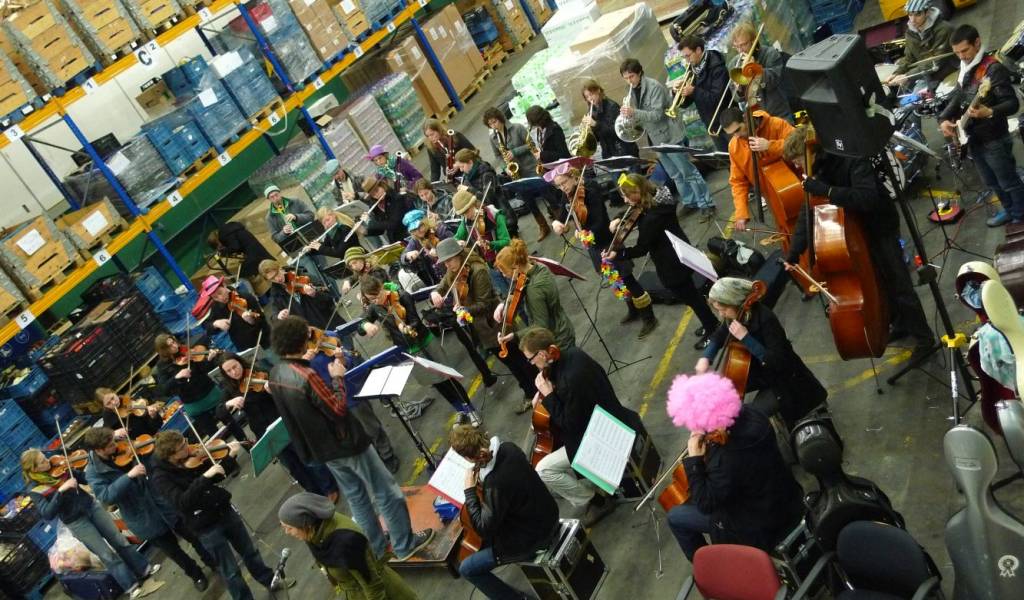 The Street Orchestra of London will be travelling through the city, bringing symphonic music to the masses. Inspired by the Ricciotti Ensemble from Amsterdam, the music will not only be free but will be played in open, informal settings with no physical barriers between the musicians and the audience. There will be around four to seven performances a day, some will be scheduled and are some will be impromptu, guerilla concerts.

Their anti elitism-stance doesn’t just stop at the performance set up either.  The SOL’s repertoire includes classical pieces like Verdi’s Overture and movements from Beethoven’s 7th and Malher’s 10th symphony and but they will also be mixing it up with film soundtracks, Frank Zappa, Stevie wonder and even operatic versions of Metallica. Scheduled performances will be announced shortly.