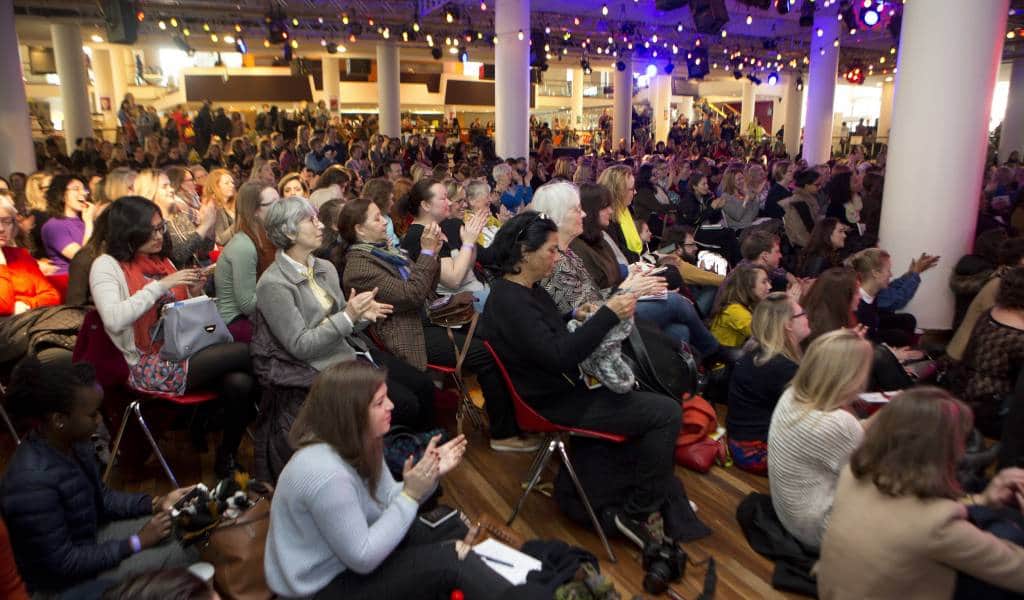 This year marks the 10th anniversary of WOW Festival, which launched in 2010 to celebrate the centenary of International Women’s Day. WOW is now a global movement that has held festivals in Australia, Brazil, China, and Pakistan among others.

The London event takes place at Southbank Centre in Waterloo . Spread across three days, the festival coincides with International Women’s Day on 8 March. The aim of the festival is to celebrate the lives of women and girls. All while exploring the global issues they face through debate, workshops,and performances.

There will also be a panel led by artist, activist and mental health campaigner Bobby Baker, investigating why women have been branded everything from ‘witches to ‘morally insane’.

Other events include Scarlett Curtis’ panel, Feminists Don’t Wear Pink. there’s also Women Byte Back, in which the role of gender in tech goes under the spotlight. Then there’s comedy from Shazia Murza, and a one-woman show by actor and playwright Sudha Bhuchar.

If you’re up for some audience participation, strike a pose at the Voguing Workshop. And if you’re feeling vocal, you can join the WOW Big Sing.

This year also sees the return of WOW Speed Mentoring, WOW Bites, and the WOW Marketplace.

There are events suitable for under 18s too. Take your kids on a drawing adventure with Amelia Fang illustrator Laura Ellen, or explore gender equality at the Under 10s feminist corner for boys workshop.

Some events for the festival are free, like WOW Marketplace, and the Wow 10th Birthday Party on Sunday 8 March. Pricing for individual events goes up to around £25.00. You can buy day passes for £40.00 for Friday 6 and Saturday 7 March.

If there are a few things you want to check out on a specific day, double check that it’s included with your pass first.

Getting to WOW Festival 2020