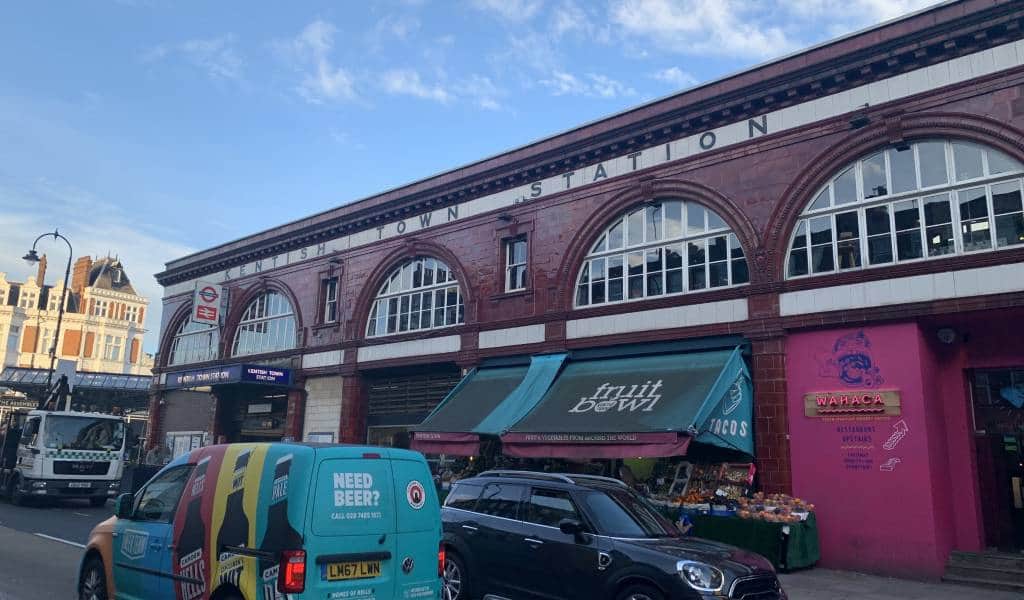 The Best Pubs in Kentish Town

Our guide to the best pubs in Kentish Town features a selection of brilliant backstreet boozers, traditional ale taverns and lively local favourites. This area of north London really is blessed with some of the capital’s most accomplished drinking establishments. And best of all, you can usually walk in and grab a seat at all of them.

Tucked away in an unassuming residential street, The Pineapple is a beautiful Victorian ale house with a strong sense of community. It was threatened with being torn down and turned into flats in 2002, but patrons clubbed together and successfully campaigned to keep their favourite boozer afloat.

The first thing you notice when you enter is the majestic shimmering glass mirror behind the marbled bar and the impressive bronze beer taps. The bar area is great for striking up a conversation with one of the pub’s many locals, while the conservatory and garden are prime spots during the summer.

Serving a mixture of quality ales, ciders and local craft beers alongside a lip-smacking menu of Thai food, The Pineapple is the kind of pub where you nip in for one but end up staying until the bell rings at the end of the night.

Thai food costs £5.00 for a meal on weekday lunchtimes and around £10.00 during the evenings.

The Southampton Arms is a no-nonsense boozer. It has everything that a pub should have, but nothing that it shouldn’t.

It excels by doing the simple things so well. We’re talking 22 lines of ale, cider and craft beer, comprised entirely of tipples from small independent producers. The selection changes throughout the day as each barrel/keg runs dry so there’s always something new to try–even for the most dedicated of local patrons.

Sustenance is provided in the form of delicious roast pork rolls (AKA baps), complete with tart apple sauce and crispy, salty crackling. These meaty treats are the perfect snack after an afternoon stroll on nearby Hampstead Heath. Tasty homemade sausage rolls, scotch eggs and a cheeseboard are also available.

With its aged wooden fittings, chalkboard menus and welcoming staff, this traditional tavern enjoys a warm, jovial atmosphere. You might have to raise your voice a little above the chatter of the punters when the pub fills up but, refreshingly, you’ll never find your voice drowned out by generic bassy pop music–it’s live piano or vintage vinyl only at The Southampton.

Another gem hidden among the residential streets of Kentish Town, Tapping the Admiral is a rip-roaring local favourite, which really heats up over the weekend or when there is live music playing.

Each week the pub invites patrons to bring their own instruments and get jamming with local legend Whiskey Mick and his gang of vagabonds–it’s a wild atmosphere that is definitely worth checking out.

A varied selection of local ales, cider, craft beer and perry are served at the Victorian bar by energetic staff who always seem to have a smile on their faces. The food is accomplished and affordable, especially the hearty homemade pies.

Beside the open fire, you’ll probably find a fairly large cat named Nelson lazing about in his bed. The moggy’s name links back to the term ‘tapping the admiral,’ which refers to the story that Horatio Nelson’s body was placed in a brandy barrel after his death. Legend has it that the barrel was later tapped by sailors so they could suck brandy through macaroni straws. This is the kind of lunacy that people turn to when they don’t have access to a decent local boozer.

Tasty mains range from £6.00 for a chicken wrap with chips and slaw to £10.00 for wild boar sausages with mash, greens and gravy.

The Rose and Crown

The Rose and Crown is a terrific, forward-thinking tavern, which specialises in exciting taps, bottles and cans of craft beer. From fruit cocktail sours to peanut butter stouts–if someone brews it, you’ll probably be able to drink it here.

Alongside the final frontier of beer, The Rose and Crown focusses on live comedy, with two open-mic nights and one new material night each week. Other events such as life drawing and drag nights are hosted semi-regularly. They keep things fresh with a rotating kitchen of London’s finest itinerant chefs.

Pints of craft beer start at £4.90 with specials rising past the £6.50 mark – we recommend taking the more unusual and expensive beers in 2/3 pint glasses.

The Rose and Crown

Quinn’s is a little different from the rest of the pubs on this list.

It has battered wooden signage and a crumbling garish yellow and blue paint job. From the outside, the rough-around-the-edges aesthetic could easily put you off. It looks like the kind of old-timers’ establishment where you’ll be glared at upon entry, served gone-off beer in a dirty glass and beaten up if you make eye contact with the wrong person.

It’s not that kind of place at all.

It’s a relaxed, roomy pub with some cute Victorian stained-glass decorations and cheery staff. Whereas most pubs either close their doors around midnight or morph into pseudo-nightclubs–complete with bouncers, entry fees and a ban on draught beer–at Quinn’s you can traipse straight in, buy a round of pints quickly and find a table to sit at. That’s what makes this traditional Irish pub a great late-night option.