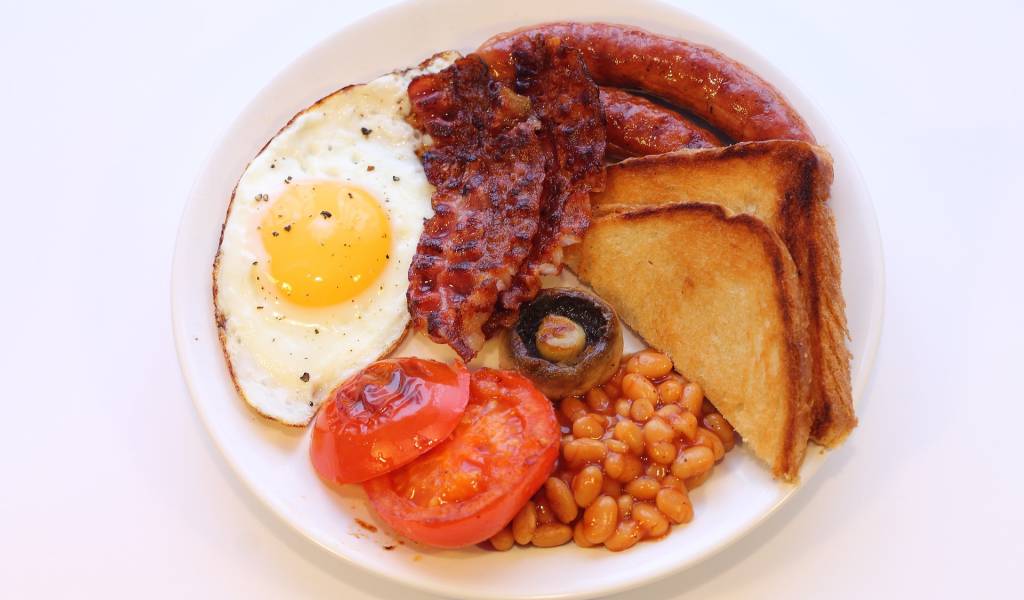 Budget Breakfasts in London for Meat-Eaters, Vegetarians and Vegans Too

Breakfast, traditionally London’s cheap bit of sustenance to fuel the day. A grabbed bacon roll, cheese toastie or some cereal from a multi-pack scoffed before work. When did the so-called most important meal of the day get so pricey? One word brunch. That sweet little portmanteau has become part of the London culture in a delicious way but doesn’t always come with the most affordable menus.

But the cheap breakfast deal is not dead, far from it. It has to taste good too. There is no need to accept soggy toast and greasy offerings just because you’re dining on the cheap. Not at all, breakfast is still an important part of the London diet and we’ve rounded up some of the best budget options to be found. Fill your plates for a fiver—or just over.

Something of an east London/Bethnal Green institution, E. Pellicci has been serving its full English to locals (including  gangsters The Krays) since 1900. The punters may be less notorious  now, but their fry-ups are still legendary. There are traditional and veggie options (veggie sausage and bubble and squeak [a shallow-fried veggie dish] instead of pork). Cost: £5.50/£5 (V)

This little art deco Pimlico cafe close to The Tate Britain has been featured in several TV shows and films including London Spy, Apple Tree Yard and Pride. The set breakfast deal comes with tea of coffee, but extras like hash browns are 90p each. The cheapest option is the plain omelette with chips for £3.45. You’ll be hard pushed to find a better deal in central London. Cost: £5.50

A small cafe that doubles as gallery exhibiting local artworks with a menu that does both brunch and breakfast favourites. Sure, they’ll do your eggs Florentine or it’s brother Benedict. However, the cheaper breakfast for a full English (veggie too) don’t even graze a fiver.
The cheapest is two eggs (however you want them) on two slices of toast for £3.90. But getting change from a five pound note makes the full breakfast fairly appetising. Cost: £4.90 / £4.70 (V)

The website is kind of an assault on the on the senses, but happily, the culinary experience of this Camden eatery (the important bit) is a more rewarding one. This one is over a fiver but with a Kurdish breakfast of yoghurt, walnuts, honey, pitta bread and date syrup with a cup of tea on the side, we think it’s a decent value meat-free treat. Cost: £6.25

A chain of cafés that does a decent (and cheap) veggie and vegan breakfast options. There are Crussh’s all over the London including Soho, The Strand, Westminster, Farringdon, and  Kensington. Everything veggie and vegan on the menu is under £3  and these breakfasts are great for the hungry commuter, if you want something decent on the way into work. There’s a whole lot of flavour here too. Options include coconut and quinoa yoghurt, sweet potato and egg protein pot, banana and almond butter protein bagel and avocado and goji chutney bagel. Cost:£2.50

The colourful café at St Margaret’s House arts space only serves vegetarian and vegan food at any time of day.
Hearty vegan day-starters are porridge with cherry compote, flakes almonds and oat milk or vegan pancakes with lemon and sugar, chocolate sauce and fresh banana or cherry compote and hemp cream. Cost: £5.50