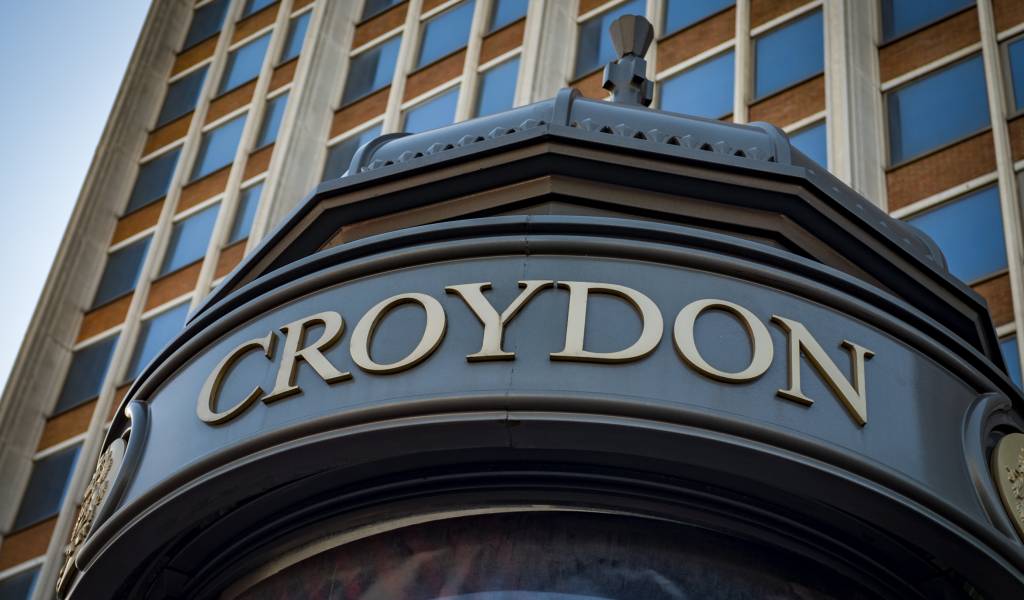 London's Most Affordable Areas for Renting

Hunting down the cheapest areas to rent in London can feel like a herculean challenge, but there is some good news for 2022. According to rental website Spare Room, rent in London dropped by 6% during 2021 when the average price of a room was £721 (down from £766 pre pandemic), which is the lowest average since 2014, although rent did creep up again towards the end of year, especially in east London. But with hybrid working and more remote working, you can still find decent places to live – especially if the idea of living in Zone 3 or beyond doesn’t bring you out in a cold sweat. It’s ok, they have public transport there too.

Our cheapo guide includes property type, average cost per person, and commute time from central London (all within 40 minutes).

Cheapest Rent In London By Area

Some neighbourhoods work out better for house shares rather than one-or two-bedroom flats. Based on four people sharing, share houses are a decent option for students moving out of halls, people arriving in London with a group of mates for the first time, or for saving money so it doesn’t all go on rent.

There’s only slim cheapo pickings in North London, but good if you don’t need to commute much and appreciate the nearby nature.

Way over in the deepest corners of north London, Enfield is a large suburban/village area with several sub-areas, and plenty of green spaces including the Forty Hall manor house and gardens and the New River Loop. The central area is Enfield Town with a big high street and a train line that runs to Liverpool Street in around 40 minutes. The most common property rentals are two- and three- bedrooms costing an average of £1,322.00 pcm (£661.00 per person) and £1,731.00 pcm (£577.00 per person) respectively.

Whether it was the hordes of hipsters desceding on Hackney in the late naugties or some other macro economic effect, cheap pickings in culturally rich East London are sadly much harder to find now-a-days!

The north-east London borough is made up of Walthamstow, Leyton and Chingford. Walthamstow and Leyton have both become a lot more popular in the past few years, with the gentrification of Hackney pricing a lot of people out of the area. Chingford is a little farther out, and probably the cheapest part of the borough.

It’s one of the few cheaper areas that ticks most Londoner’s boxes: low rent costs, great transport, community feel and lots of things to do. The area is full of green spaces and cultural gems like the independent shops and restaurants of Walthamstow Village. Plus, Epping Forest isn’t too far away either for some proper escapism.

South London indisputably holds the trophy for the the cheapest quadrant of London for rents.

Bexley in the south-east corner of London comes out on top as the cheapest place to rent in London, with an average overall asking rent per property coming in at £1.00 and one-bedroom flats with an asking rent of £823.00. But according to OnTheMarket.com, it’s cheapest for a group of four, with rent costing just over £520.00 a month per person if split evenly.

As it’s out in Zone 6 and on the borders of London and Kent, Bexley offers a more residential vibe than urban. That being said, it’s not too far from Greenwich, and there is also a village and lots of green spaces. And it’s worth remembering that you’re also more likely to have more space and a garden the further out you go.

There is no tube, but trains take around 30 minutes to Charing Cross. Living out that far means steeper travel costs, so bear that in mind when you’re picking an area.

Much like Bexley, nearby Bromley is a sleepy, south-east London suburb and is served only by train rather than the underground. There are two stations in Bromley: Bromley South is in Zone 5, and runs to Blackfriars and Victoria (or Peckham for better nightlife); and Bromley North is in Zone 4, and is flanked by smaller stations including Shortlands and Beckenham Junction.

House shares are cheap around here, and it’s even possible to rent a one-bedroom flat for just over £900.00 per calendar month, not an easy find in London. Three- or four- bedroom properties are still by far the cheapest option—with three beds at around £640.00–£791.00 per person and four bedrooms at around £522.00.

If Bexley or Bromley are just a little too far away for your liking, but you’re keen on south-east London, then Lewisham is also worth a look, particularly for house sharers as a typical four-bedroom house works out at around £602.50 per person each month. Rent is still quite a good deal for two people sharing at around £700.00 a month each, but if you’re renting solo, that will set you back over a grand.

Transport links are good, with both the DLR and Trains running into the station and plenty of night bus routes too, including the no. 21 from Trafalgar Square and no. 47 from Shoreditch.

Lewisham is fairly urban and concrete compared with neighbouring Brockley, but The SE13 extends to leafier parts like Ladywell and Hither Green, and Blackheath is a short walk away. There has been a lot of gentrification in Lewisham in recent years, so rent isn’t as cheap as it was, so it’s worth getting in while it’s still affordable.

The south London ‘burb Croydon, or ‘Cronx’ as it’s been dubbed more recently, has suffered from a bit of a joke rep over the years. However, brilliant transport links, a new tech hub micro breweries, street markets and reasonable rental cost are giving locals the last laugh.

Croydon is pretty sprawling, but East Croydon is the most central, best served bit with regular trains into London Bridge or Victoria (15–20 minutes) in one direction and Brighton and Gatwick Airport in the other. It’s also one of the few London neighbourhoods that has trams.

West London cheapos are a lesser-spotted breed, but if you go all the way along the Picadilly Line, you might bump into one.

London’s second-largest borough is closer to Heathrow airport than central London, but with affordable rents and lots of green spaces, it
just about makes the cut for our rental guide.

But, much of the surrounding area is green belt, so if you’re looking for a balance of city life and outdoor activities – it’s worth looking a bit further out, to Zone 6. It’s well connected too, as it’s also served by the Bakerloo and Metropolitan lines. The average rent across the borough is £1,375.00 for a two bedroom property, with four bedrooms properties available in the region of £1,800.00 pcm.

For more London accommodation info, check out the articles below: