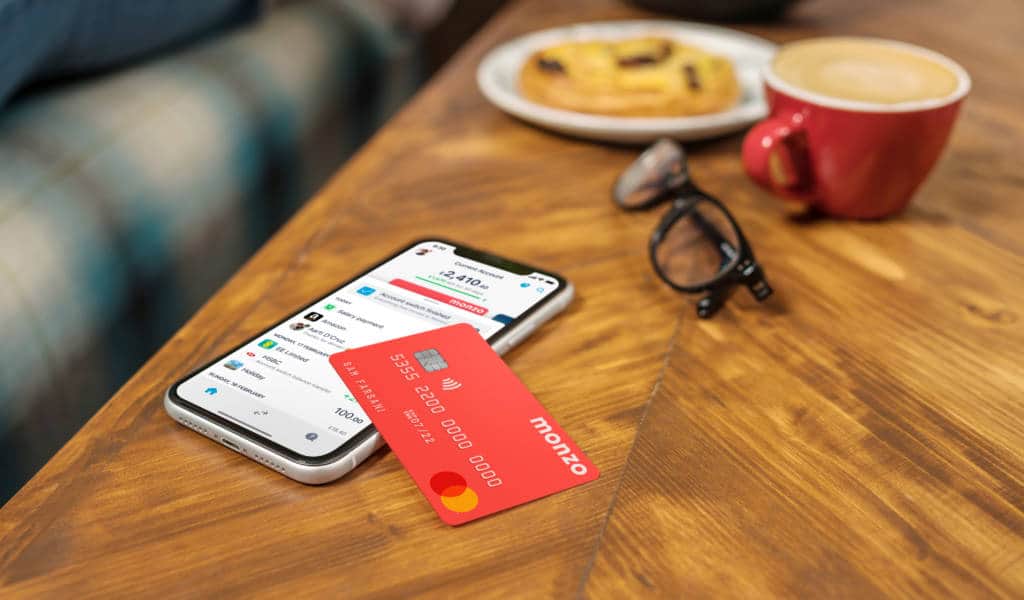 Which UK Digital-Only Bank is Best for You?

While the Big Four (Barclays, Lloyds, HSBC and RBS) still dominate the UK banking scene, several “challenger” banks have made a real impression in the last few years. And there’s good reason for that too. These UK digital banks can offer some serious benefits to their brick and mortar counterparts, especially when it comes to financial planning and accessing your hard-earned cash overseas. Leaving you with more money to spend on days out in London.

Here, we’re looking at a roundup of some of the UK’s best digital-only banks and electronic money services (in our opinion, anyway) for personal and business use.

What is a digital-only bank?

Often known as challenger banks, digital-only banks started appearing publicly around 2015. You use their apps or websites to do your banking, and there may or may not be a physical card included.

The big downside to digital-only banks (as we’ll see later) is interest on savings, which tends to be on the low side. That said, unless you’ve a big chunk of cash to earn interest on, rates across the board are low enough to be negligible. So there’s a good chance you’ll more than make up for lost interest with a few useful perks.

Looking for the cheapest way to send money from the UK? Read our guide.

For the most part, the apps and websites themselves are intuitive and easy to use. Each digital bank or service has its own simple interface, which aside from some custom features (which we’ll go into later) are largely comparable.

Note that the brands here are presented in no particular order.

TransferWise was set up in London back in 2010, as an online money transfer service.

Though not a full bank account, the TransferWise borderless account and corresponding debit card is a simple way to set up digital banking. You won’t get interest or an overdraft, but you will be able to send and receive money in multiple currencies, as well as withdraw cash around the globe—handy for digital nomads and travelers alike.

Foreign transfers have low fees and very competitive exchange rates, and overseas ATM withdrawals are free up to £200 a month, costing 1.75% thereafter. You can hold money in more than 50 currencies.

Since its arrival in 2015, Monzo has been the darling of the London finance world. Back when exclusive codes were required to join, you could hear the Monzo buzz in hushed tones. These days, signing up for a bank account is a little more straightforward (though there are still referral bonuses for signing your friends up).

Concerns about account freezing aside, Monzo has a couple of big drawcards. The first is a range of saving pots, where you can earn interest via marketplace partners. The second is easy international transactions—Monzo lets you pay via debit card anywhere in the world. You can also withdraw up to £200 in cash in local currency anywhere without fees per month. After that, you’ll be charged 3%.

Other features include bill splitting (cleverly called “Shared Tabs”) and energy provider switching. The current account can include overdraft and loan facilities, depending on your credit rating.

If you’ve managed to get from one Tube station to another without seeing an ad for Starling, congratulations! As the ads suggest, Starling specialises in helping you to spend and save more effectively. That’s mostly done through nifty customisable tools rather than through special interest rates or incentives. Note that Starling does offer interest on savings on current accounts—that’s currently set to 0.05% AER on balances up to £85 000.

Starling offers full current accounts, so you’ll have a debit card and all the usual trappings of a bank account. You can also set up a competitive overdraft facility, with interest rates of 15–35% on personal accounts, based on your credit score. Add that to a raft of nifty business integrations and customisable reports, and you’ll see why a lot of people back Starling as the best bank digital bank for freelancers and small businesses.

Revolut enables you to set up a current account in mere minutes. With some of the best rates by far for international transfers, it’s a great option if you’re living or earning money abroad and plan to regularly transfer cash back to your home country (or vice-versa).

Well-known among nomads and the like, Revolut also has decent rates for international cash withdrawals—free up to £200 per month, 2% in fees after that.

You can save some pennies with Revolut’s Savings Vaults—these come in Personal and Group formats, and seem to have varying interest rates (which you can check from the app). You can save money in 31 currencies, and Revolut supports spare-change savings, meaning you can round up your purchases and deposit the change into your vault for a rainy day.

Due to launch in 2021, TreeCard is an eco-friendly alternative that provides a wooden debit card, and plants trees as you transact. The company says that 80% of profits will go to reforestation, in a bid to fight climate change. Read more.

Update: N26 has shut down its UK business, and all bank accounts are closed. N26 continues to operate in other markets, however.

Founded in Germany back in 2013, N26 was the first digital bank on the market to reach mainstream success. With a huge following in Europe, N26 pioneered several of the features digital-only banks are now well-known for.

Should I switch from a traditional bank to a digital-only bank?

In theory, you could use UK digital banks exclusively. In reality, though, a lot of users find themselves with a more traditional savings account, supported by a digital bank for everyday spending and budgeting. That has a lot to do with interest rates, as well as credit cards, overdrafts and mortgages—services many of the upstart banks aren’t (yet) providing.

There have also been reports that going entirely digital could hurt your credit score, since some challenger banks don’t share your financial data with the nosy folks at Experian and Equifax.

Is my money safe in a UK digital bank?

With the exception of Revolut, all of the banks we looked into were FSCS protected. So, just like a traditional bank account, your money (up to £85,000) is protected in case your bank goes under. Of course, if you’ve got that much money lying around, you should probably look into a savings account with a higher interest rate.

With Revolut, your money is safeguarded by other designated banks. So if Revolut goes under, they’ll pay you back before any other debtors. The main risk here then, would be if those banks were to become insolvent too. While that seems unlikely, it’s worth bearing in mind.

Note: All the figures and information in this article are indicative and we do not endorse any of them. Use all financial services at your own risk. Additionally, this article contains affiliate links. These in no way affect our findings and should not be considered an endorsement.

This article was first published in February, 2020. Last updated in December, 2020.