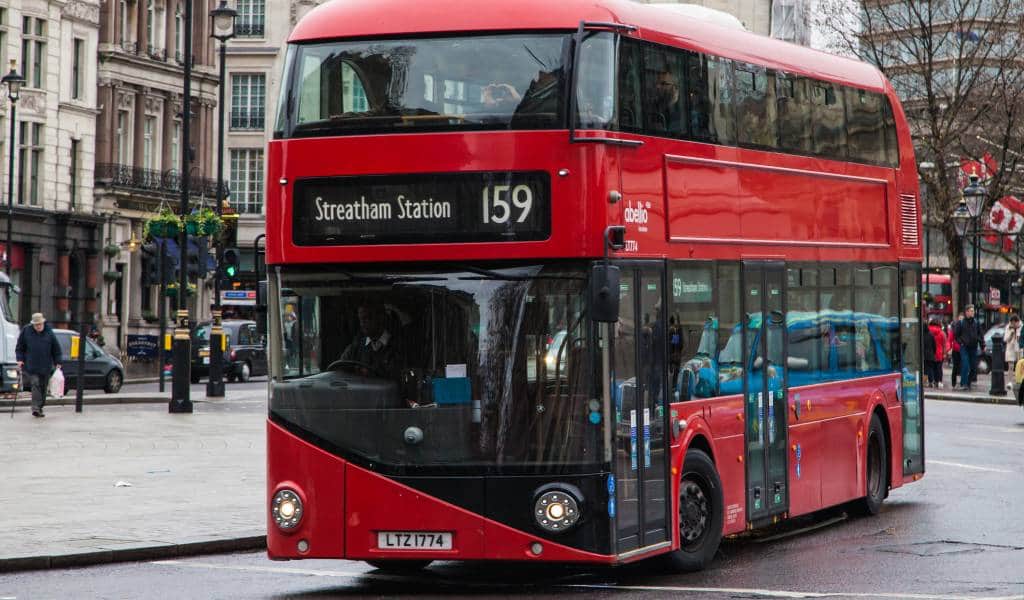 Getting Around in London

To the uninitiated, getting around in London can seem daunting. What’s the difference between the train and the Overground? How do I know which bus stop to wait at? What on earth is the Emirates Air Line? All reasonable questions. This guide aims to equip you with all the knowledge you need to confidently and efficiently navigate the city.

The basics of getting around in London

First things first, you’ll need to purchase an Oyster card. They’re cheaper and easier than using paper tickets. You can get them (and top them up) at any London Underground, Overground or Mainline Rail station. It’s worth registering your card online, as you can top-up easily, apply rail card discounts and claim back your balance if you happen to lose it.

Contactless cards are also accepted on the TfL (Transport for London) network. They work the same way as Oyster cards, you just tap in at the start of your journey and tap out at the end (except on busses, where you only need to tap in at the start). The prices, by and large are the same too. The main exception here is when buying longer-term travel cards to save money, which require Oyster. For some people it may be less hassle to just use a contactless card, but for others (those visiting from abroad or people with rail card discounts) it makes sense to pick up an Oyster.

Whether you use an Oyster or contactless, there are daily fare caps at play, which limit the amount you pay no matter how many journeys you take on a given day.

For example: a zones 1-2 fare cap is set at £7.20, meaning you can take as many bus, Tube and Overground journeys within zones 1 and 2 in any given day and you will not be charged more than £7.20.

Daily caps are calculated from 4:30 am until 4:29 am the next day. Unless you’re on a real late one, you can often get home from a night out for free if you’ve already maxed out your Oyster.

But what are these zones you speak of? The London transport map is divided into different zones, which roughly equate to how central a location is. For example, Oxford Circus in the middle of town is located in zone 1, while Richmond is 9 miles away from Waterloo and falls under zone 4.

Ticket fares are based on how many zones you travel through. So, travel within zone 3 will be cheaper than travelling from zone 3 into zone 1.

Zones do not apply to bus fares, meaning you can travel anywhere in London for the same fare of £1.50. Additionally, the Hopper fare allows you to bus hop for one hour with no additional charges. Yes, that’s right you can make unlimited bus journeys within one hour of touching in with your Oyster or contactless. As long as you scan the same card on each journey you will not be charged again within an hour.

Until you’ve travelled around London on a daily basis for a good few years, you’ll probably need to use an app to help plan your journeys.

But CityMapper is your best bet for speed and efficiency. It has a sophisticated algorithm that takes into account how often different trains or busses depart, distance between stops and time of day to provide you with a selection of different route options. It even lets you know which carriage of the Tube to get on for a swift exit.

Failing that, Google Maps can be useful, especially if you’re walking. You can also download the map to your phone when you have wifi to avoid using your data (or if you’re here without a UK SIM)

The Tube (the London Underground network)

The London Underground network serves 5 million riders each day, covering 270 different stations. The majority of the central stops are underground, but as you get further away from the middle of town the network leaves its subterranean roots. In fact, 55% of the network is actually located above ground.

The Tube is a fast, efficient way to travel. Trains leave most platforms every two-to-three minutes and take around two minutes to arrive at the next station. The different lines each have a name and a distinct colour to help you trace your journey. Make sure you know whether your destination is northbound or southbound, or eastbound or westbound, as that will help you get to the correct platform.

You can travel on most lines from 5 am until 1 am the next day. While on the weekend you can catch a reduced Night Tube service on a number of lines throughout the night.

The downside is the Tube can get hot and sweaty during busy periods. If you can help it, try to avoid the morning rush between 7:30-10 am and the afternoon rush between 4.30-7 pm.

If you’re travelling around central London, it can often be easier and more enjoyable to walk between destinations, rather than taking the Underground and changing lines.

London buses are brilliant at connecting the dots between train lines and other parts of the city. They are mostly double-deckers, meaning you can get a great view of the city streets as you travel. However, they are generally slower than the Tube and are susceptible to traffic. Certain journeys can take two-to-three times as long during rush hour.

When planning your bus journey, pay special attention to the route number AND specific bus stop name and code. For example, if you needed to get the 45 bus heading north from Brixton, you’d need to look out for Route 45, Brixton Stop N.

There are 673 routes, 19,000 stops and 8,500 buses in London, meaning it’s easy to get confused if you’re not careful. If you get the right bus number, but wrong bus stop, you’ll probably end up travelling in the wrong direction.

The Overground is a great way to travel. You don’t get the frequency of trains that you come to expect from the Underground. But you get views of the city, air-conditioning and wider trains. On busy days, these little luxuries really mean a lot.

Look out for the orange symbol. The Overground mostly covers zone 2 and further afield.

There are also train networks running through London. They form part of the UK’s wider travel network, but can often save time on long journeys. For example, the Thameslink from Kentish Town in north London to Herne Hill in south London takes 28 minutes, while the equivalent journey by bus and Tube takes 53 minutes.

The Thames Clipper ferry network is an exhilarating way to travel. Connecting Putney in the west to Woolwich in the east, the boat zips along the River Thames, taking in some of London’s top landmarks along the way.

The Emirates Air Line is a cable car that takes passengers on ‘flights’ across the Thames from Emirates Greenwich Peninsula on the south of the river to Emirates Royal Docks on the north. It’s quite a niche mode of transport, only serving two stops, but it’s great fun nonetheless.

Cycling is often as fast (or sometimes faster) than getting the tube, and is a great way to see more of London and really get your bearings. There are dedicated bike routes all over the city, which will show up on CityMapper but are probably best accessed via Google Maps.

There are Santander Cycle docks littered throughout zone 1, which allow you to rent city bikes and drop them off at another docking station. It costs £2.00 per day to rent a bike and an additional £2.00 per half hour thereafter.

However, journeys under 30 minutes are free. This means you can cycle for 29 minutes and dock the bike at a station, then get another bike out and do the same throughout the day to avoid additional charges.

While navigating London by foot, one of the most important things is to understand which direction you are heading in. This makes it easy to follow directions from a helpful passer-by, or from your smartphone app. Luckily, there are lots of helpful maps all over town that show where you are, and where you are facing, in relation to nearby streets and attractions. These ‘Legible London’ maps are provided by TfL and form the world’s largest municipal wayfinding system. Just one of London’s many claims to fame.