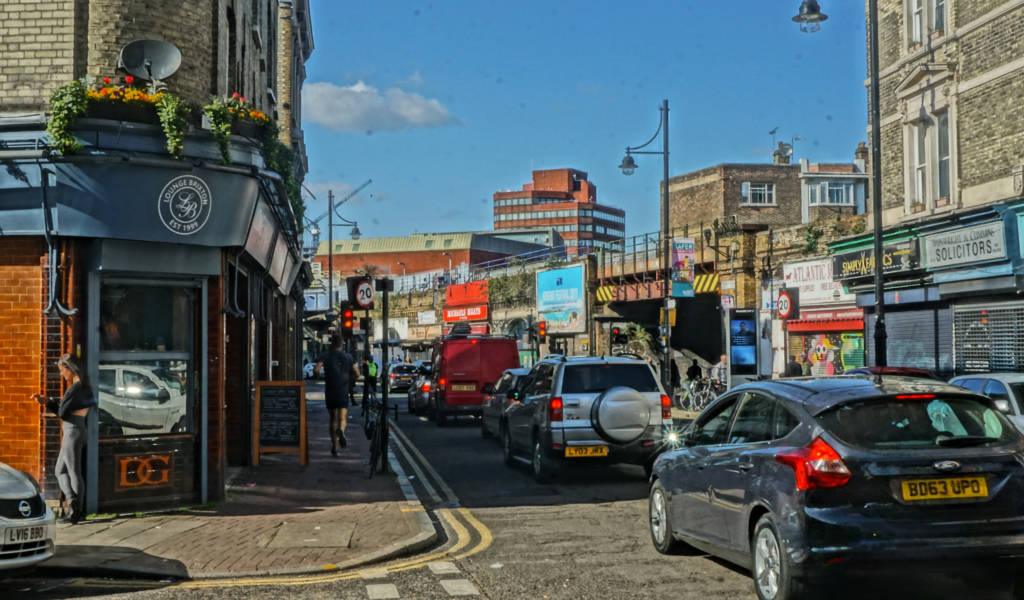 10 Free and Cheap Things to Do in Brixton

People come for the sounds as well as the sights in Brixton, one of the few postcodes (SW9) to have a film made about its music scene. The biggest gigs are at Brixton Academy, but there are dozens of smaller, more underground venues and clubs for the genre-hopping music fan. Aside from the weekenders, gig-goers and party crowd, Brixton is very much a community neighbourhood. There’s a strong African-Caribbean heritage and influence on local culture, food and business and there are plenty of reasons to hang out during the daytime too. Here are ten free or cheap things to do in Brixton to keep you happy until next payday.

Owing to its deep roots in Black culture, Brixton is home to the UK’s only heritage centre dedicated to the African and Caribbean communities. The BCA is free to visit, and there are exhibitions on for as little as £3.00. A lot of the collections are from the 20th century, but past exhibitions have also included lesser-known Black history from the Georgian period (1714–1830).

Check out the Brixton Murals

Mural art has lined the Brixton streets since the early 80s, following the Brixton riots in 1981. More recently, people have come to visit the Bowie mural, made in tribute to the musician and former Brixton boy after his death in 2016.

From politics to pop culture, each one tells a story connected to Brixton life. It’s worth taking some time to make your way around the street art including the big, colourful murals around Brixton Railway station on Atlantic road which depict Brixton Market as it was in the 80s. The easiest way to find them is by downloading the free Brixton Mural Map from TFL’s Art of the Underground which also includes the stories behind them.

Make your own treats at The Chocolate Museum

Brixton may be renowned for its savoury food, but it’s also home to London’s only chocolate museum. The museum only opened in 2013, and was founded by French artisan chocolatier Isabelle Alaya. It’s free to visit and check out permanent displays including British History of Chocolate, and old chocolate ads.

But if you fancy something hands-on, you can drop in for a DIY chocolate making workshop for £18.00 or just buy some of the tasty, ethically sourced offerings to take home instead.

If you’re feeling peckish, just head to Brixton Village (about five minutes’ walk from Brixton Underground station). You’ll find food from all over the world in a very small space—from comfort food like Mac ‘n’ Cheeses squares at Wishbone, Mexican street eats at Jalisco, seafood at Ettas, and French crepes and galettes with a Brazilian flair at Senzala creperie.

Hang out at Pop Brixton

Pop Brixton is a community project, supporting local enterprise and jobs, with 70% of tenants resident in the area. It’s made up of old shipping containers, with shops, bars, a radio station, food stalls, restaurants and even an urban farm. There’s usually a decent line-up of free and cheap events at Pop from networking to gigs DJ sets and even free Tai Chi.

Go to a gig at the Brixton Windmill (venue)

Those who like their guitars loud and their floors sticky should venture up Brixton Hill and down Blenheim Gardens to The Brixton Windmill pub. The Windmill isn’t just known for its bands—for years punters were watched over by a large dog. Sadly, the rock-loving hound dog died in 2015, but lives on in the form of ‘I believe in the Roof Dog’ t-shirts, and even a beer. What’s more, gigs are usually under a tenner and the venue prides itself on serving beer at pub prices rather than music venue prices.

Take a tour of the old Brixton Windmill (the actual Windmill

The 200-year-old Brixton Mill (also known as Ashby’s Mill) is also London’s only working windmill. You can go inside and visit for free, but only at select times—and spots can book up fast. Tours usually run on Saturdays between March and October and The Windmill puts last minute cancellations on its Twitter page too.

Book lovers can browse well-thumbed, second-hand books and literary rarities from plays and poetry, politics, arts and crafts all watched over by its resident dog—who makes an appearance in this rather cute short film all about the shop along with Patrick, his owner. Book Mongers has been in the area for over 20 years, which is no mean feat given how hard it is to keep independent book shops going these days.

Have a cooling dip (or bracing swim) in Brockwell Lido

The recently restored Grade II listed pool, Brockwell Lido, has been Brixton’s year-round outdoor swimming spot since 1937. Fortunately, you can swim indoors too if it’s a little chilly during the autumn and winter months. Opening times vary throughout the seasons and it’s not heated, so taking a dip in cooler weather is not for the faint-hearted. Prices vary, but you can take an early morning swim for under £4.00.