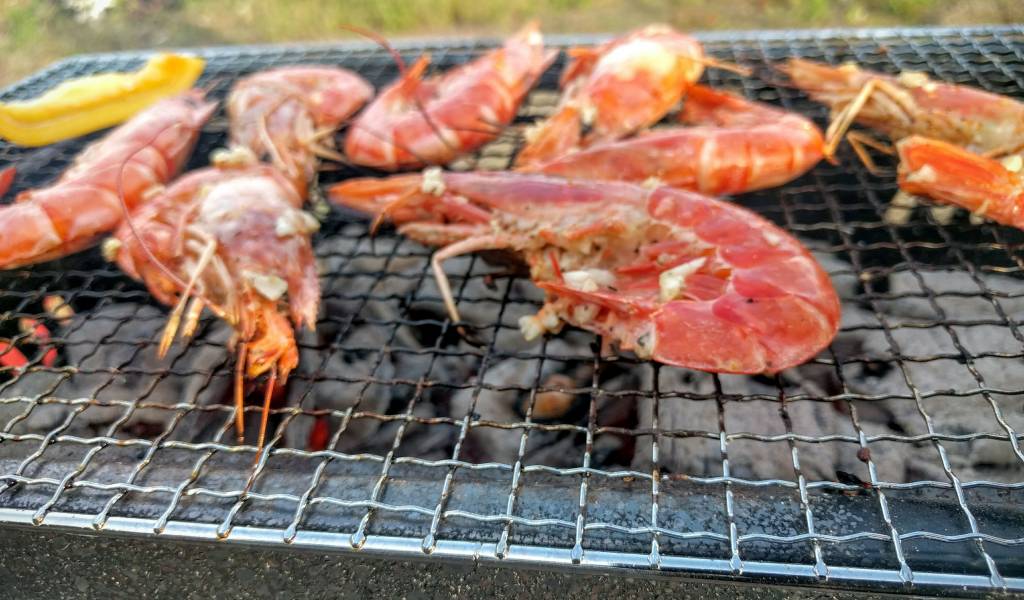 Where to BBQ in London

London’s tolerance for barbecues varies wildly depending on which borough you’re in. Only two boroughs, Camden and Islington, have sweeping pro-barbecue byelaws. Here’s a few of our favourite green spots to bbq in London:

In theory, all Camden parks allow barbecues from 11th April-20th September 2022 but sadly it’s not quite that simple. Some parks in Camden Borough aren’t managed by Camden Council, so they’re strictly off limits for would-be grillers.

Most notably, these include a couple of the city’s bigger parks. Hampstead Heath and Regent’s Park (and the adjoining Primrose Hill) are ones to avoid – park staff can and will douse your charcoal mid-party.

Those two aside, Camden is packed with picturesque spots to fire up a grill on a clear day. Check their website here for a full list of sites and rules, including using reusable charcoal barbecues only – no disposable bbqs allowed.

One of London’s most popular BBQ spots, and with good reason. Lincoln’s Inn Fields has several stretches of grass that are filled with revellers at the first sign of sunshine. There’s also a free public toilet on the eastern edge of the park. Being fairly central, it’s a good pick if you have friends coming from multiple directions.

This is one of London’s largest squares, and it’s surrounded by more museums than you could shake a stick at. There’s the British Museum just minutes away, as well as the Foundling Museum, Charles Dickens Museum and Postal Museum. Perfect if you want a little culture before you sit in the dirt to eat your charred meat.

Just peeking into the south edge of Camden, Cantelowes Gardens is a small park absolutely packed with things to do before you start grilling. There are table tennis nets, a five-a-side pitch, a skatepark, basketball hoops, an outdoor gym and a kids’ play area. It’s a popular spot for dog owners too, so be sure to keep a watchful eye on your food. Consider yourself warned!

On the north tip of Camden, Waterlow Park isn’t London’s best-known barbecue hotspot, but it attracts plenty of people – including visitors to the tomb of renowned philosopher Karl Marx.

If you’ve ever wanted to wander around the unusual (and allegedly haunted) cemetery on your own, now’s the time as you can still book self-guided tours of the West Cemetery. When social distancing fully relaxes, you’ll go back to needing a tour guide. Tickets cost a tenner (usually £15).

Islington council stopped all barbecue zones as part of their COVID-19 restrictions and are currently reviewing their barbecue policy – so no grilling allowed yet until a decision is made. Keep an eye on their website for updates.

Suggested Activity
Cheapest Way to Transfer Your Money Out of the UK
One of the cheapest and easiest ways to send money internationally from the UK is TransferWise, tried and tested by our Cheapo team. It's fast and reliable. ...
Click here for details

In regular times, barbecues were allowed in some capacity on most of Islington’s green spaces and there’s no shortage of these to choose from. Most Islington parks close at 9 pm in summer, so when you can barbecue again be sure to leave plenty of time for everything to cool down so you can clean up when you’re done.

Burgess Park used to have a dedicated barbecue area but currently bbqs are not allowed in any of the Southwark parks.

We’ll keep an eye on all of these and let you know if anything changes.

Since the BBQ situation in London is still somewhat restricted, for some alternative outdoor summer action have a read of our article:
Rooftop Bars in London for Summertime Fun.

Written by: Felix Wilson
Filed under: Eating & Drinking | Things to Do
Tags:
Sharing