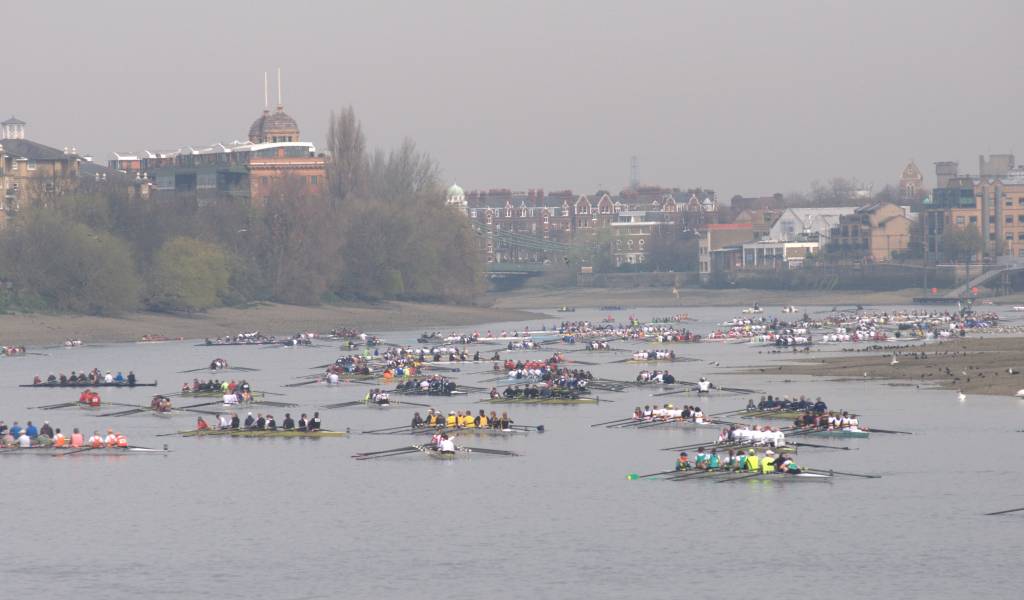 Every March, 400 crews of eight are pitted against each other in the Head of the River Race along the Thames Championship Course from Mortlake to Putney (the Boat Race route in reverse).

It usually takes place on the third or fourth Saturday in March, depending on the tide; this year’s event is set for Saturday 18 March 2023. The race is processional, which means crews start one after the other in 10-second intervals. The winner is the crew which completes the race in the quickest time.

Who competes in Head of the River Race

Participation has grown significantly since the first race in 1926. What started out as 21 crews made up of Cambridge and Tideway oarsman, is now one of the highest participation events in London, with around 3,750 competitors.

Crews taking part include 50-60 from overseas, with rowers from Germany, Australia, Austria, Belgium, Sweden, Denmark, France Italy, and the Netherlands all taking to the Thames.

Where to watch Head of the River Race

The competition starts at 1pm and lasts for about two hours. If you’re waiting at the finish line (Putney Bridge), the first boat should make its way there in about 20 minutes.

The best viewing locations are Hammersmith Bridge or Putney Embankment as they’re closest to riverside pubs and restaurants for spectating refreshments.

Follow the hashtag #HORR2023 for info on the day.

Getting to Head of the River Race

Hammersmith and Putney Bridge are both on the District Line, and it’s a short distance to the river.