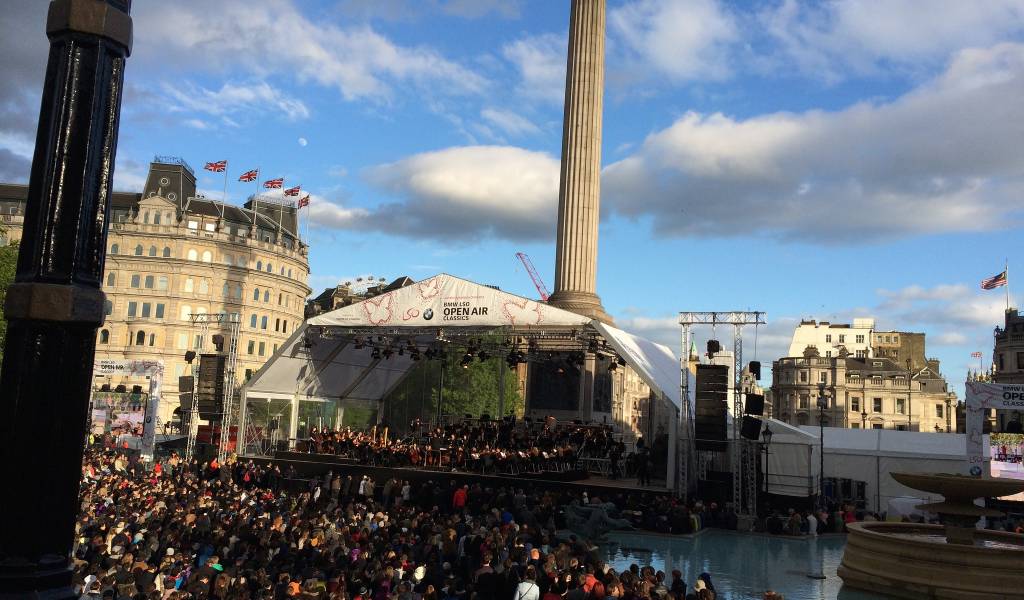 Pic: Martin Hearn used under CC
Sharing
We are yet to confirm the dates and details of this event.

Hear London’s oldest symphony orchestra for free in an open-air concert in Trafalgar Square.  The LSO will play their annual BMW Open Air Classics series along with 50 young musicians from the LSO On Track programme in East London and musicians from the Guildhall School of Music.

This year’s programme will feature the debut LSO performance of cellist Sheku Kanneh-Mason and a new work, FAIYA!, by Ayanna Witter-Johnson along with Gershwin classics such as Cuban Overture and An American in Paris.

As with all free events, we recommend getting there early. And not to dampen anyone’s festivities, but there is always a chance of rain, so bring something waterproof — though not umbrellas, they ruin concert viewing!

From the organisers: Entry and exit to Trafalgar Square is via the Upper Terrace in front of The National Gallery at either end, and via the south east corner towards the entry for Charing Cross Tube station. The south west corner towards the Mall is for exit only. Entrances will open from 3.30pm.

If you have drinks in glass bottles with you, you will be asked to decant these into biodegradable plastic jugs provided at the entrance points.