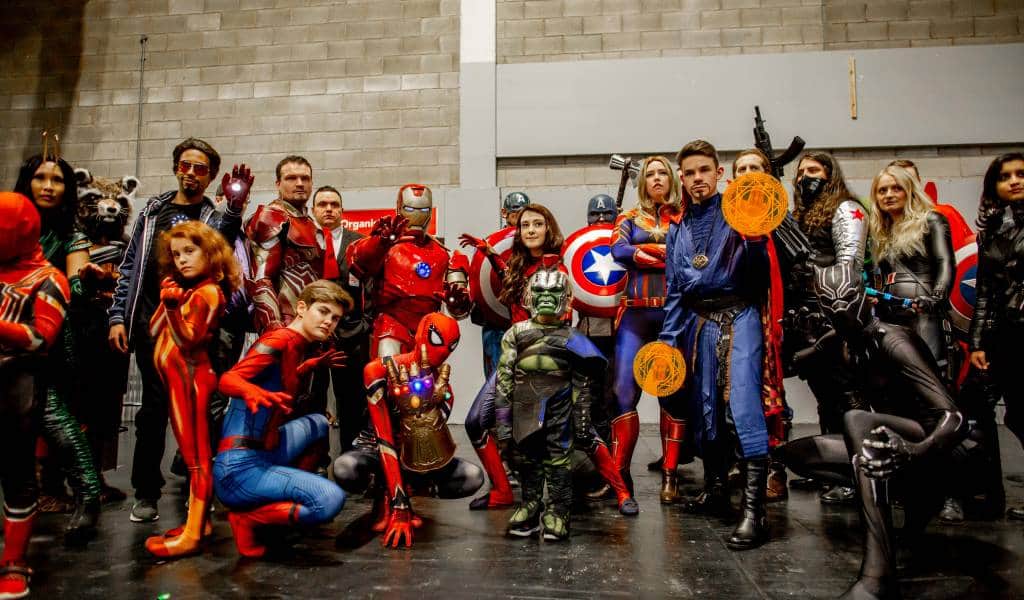 Pic: MCM Comic Con
Sharing
We are yet to confirm the dates and details of this event.

Late October isn’t just the time of year for dressing up for Halloween. It’s also time for the autumn edition of the bi-annual pop culture expo MCM Comic Con. (The spring event usually takes place over the last weekend in May).

A three-day celebration of fandom and fantasy, MCM Comic Con is the UK’s biggest pop culture convention. It’s also the only one that brings together films, gaming, comics, anime, television, gadgets, clothing and toys.

Past October MCM Comic Con London attractions have included Cosplay Central, complete with changing areas and supplies for costume repairs, should you require them. Just be sure to read the rules about props and weapons first! No blades or drones allowed, obvs!. There’s also the Comic Village, Author’s Corner, Pop Asia, workshops, merch, free to play games and even a tattoo parlour. For more details and tips on getting around, check our our complete guide to MCM Comic Con.

The full line up is on the website but headliners include Ray Chase, Robbie Daymond and Max Mittelman from L.A.V.A. and anime satire One Punch Man, Marc Ellerby from Rick & Morty comics, Dan Martin from Deathbulge and Troy Baker of Bioshock Infinite.

There are different tiers of tickets to MCM Comic Con London. Choose between a weekend pass for all three days, a standard general entry, or a priority entry for individual days. If you’re just going for a day, priority entry might be worth the additional £7.50 to £8.50 to get in two hours early so you can maximise your time with some sneak peeks. You’ll also get competition entry to the MCM Prize draws and early access to purchase photo ops with your heroes.

Staying in the loop

Further additions to the line-up and shows will be announced right up until the event itself. You can get regular updates and plan your time with the MCM Comic Con app.

You can get access to the whole event for free by volunteering with the MCM London Steward Team. You’ll just need to commit to two shifts across the weekend. Then you’ll have the rest of the time to yourself.

Bringing miniature heroes? Children aged 10 and under can go free with an adult ticket (max two per paying adult). Once inside they can hang out at the Treehouse for activities like facepainting and games.