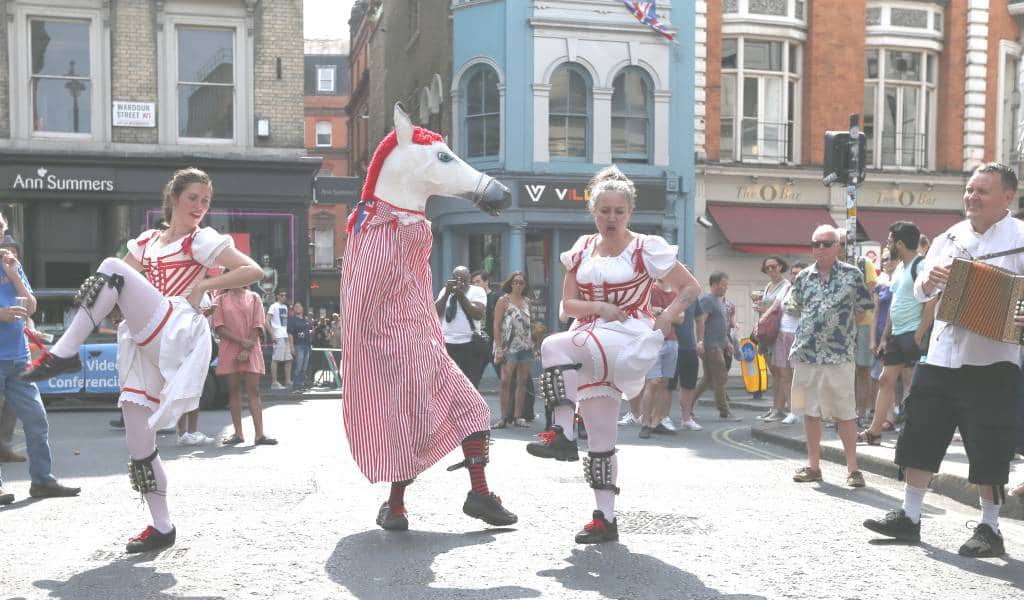 Pic: The Soho Society
Sharing
We are yet to confirm the dates and details of this event.

Fabulously eccentric village fete including a dog show, spaghetti-eating contest, a tug-of-war between the Soho police and fire brigade, a human fruit machine and the famous Soho Waiters’ Race, where local waiters hurtle through the streets with a bottle of fizz balanced on a tray. There’s also live music and entertainment, food stalls and a bar from Soho stalwart The French House.

This has a lovely community feel and is really worth a visit. Top tip – get involved in the raffle. Five tickets costs just £10 and prizes include theatre and cinema tickets, champagne, family-sized cakes and a whole host of meals for two in Soho favourites such as Bocca di Lupo, 10 Greek Street, Lina Stores and Karma Sanctum.