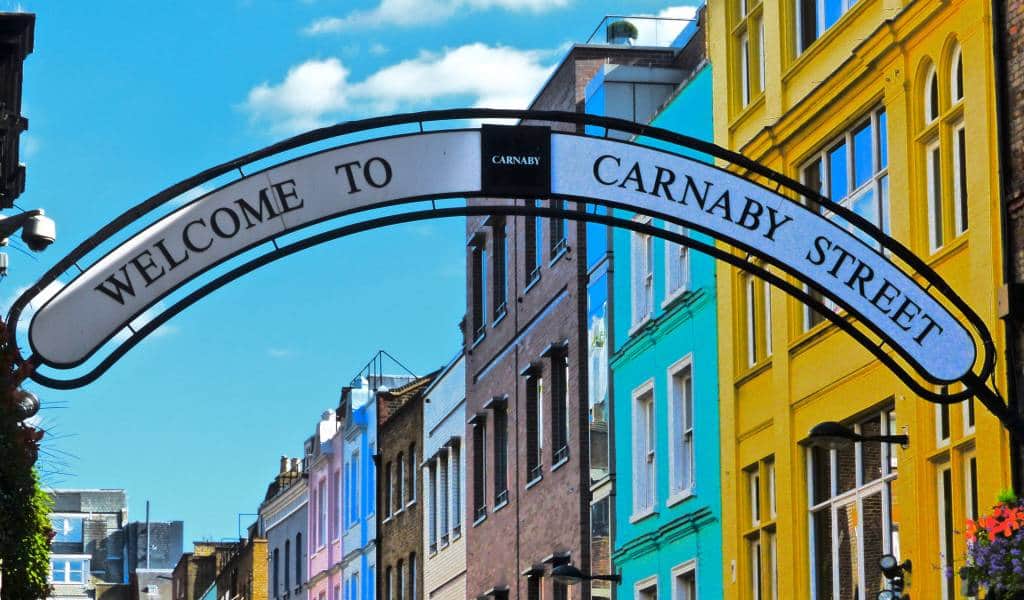 One of central London’s busiest and loudest areas, with an infamous reputation for hedonism and sleaze. But these days, Soho is a hive of notable cultural, creative and culinary activity, where media professionals tussle for space alongside tourists, cabbies and rickshaw drivers. If you’re a newbie then start with our top free and cheap things to do in Soho.

There are lots of independent cafés like Flat White and FFoxcroft & Ginger for coffee and tea on the go, or a leisurely afternoon caffeine fix. Berwick Street is the place to pick up fresh produce at the market, and browse wallet-friendly vinyl at record shops like Sister Ray.

Soho is also home to legendary music venues like Ronnie Scotts’s Jazz Club. If jazz isn’t your jam, the 100 Club and the Borderline are nearby too. Go in the daytime to buy music, stay late to hear it. Soho is fun to hang out during the day, but it’s much more alive at night with plenty of old and new drinking dens lining every street.

What to eat and drink in Soho

This is arguably the best spot in central London for decent food, but most places have a no-reservation policy and there are frequent queues down the street for cheap and cheerful restaurants. Ramen restaurant Bone Daddies, Italian restaurant Lina Stores, Taiwanese street-food restaurant Bao and veggie/vegan restaurant Mildreds are all great choices if you can find a spot. And if you want to keep it spicy, check out our list of best curry restaurants in Soho.

You can barely move on a summer’s night for alfresco drinkers lining the streets or vying for a patch of grass on Soho Square. There are dozens of indoor drinking options too, including cocktail bars like Swift and whisky establishments like Soho Whisky Club. If trendy bars aren’t your thing, head to old-school pubs like the John Snow, or Glasshouse Stores. Both are part of the Sam Smith’s group, which serves own-brand drinks that don’t require a small bank loan to sup. A fun tidbit, these pubs never play music or sports events—allegedly because the current owner once struggled to order his pint over the sound of the speaker system.

Where to stay in Soho

Stay in Soho if you want to spill out of a club or late-night bar, but be warned this is not the place to be if you want a quiet night’s sleep. It’s noisy from dusk till dawn and every minute in between. So Hostel is a bright and airy hostel with a roof terrace. Dorms are available for £25.00 per night, and twins and doubles from £55.00 (per room). Airbnbs in the area range from £60.00–£120.00 for small studio apartments.

All Articles about Soho

Things To Do in Soho