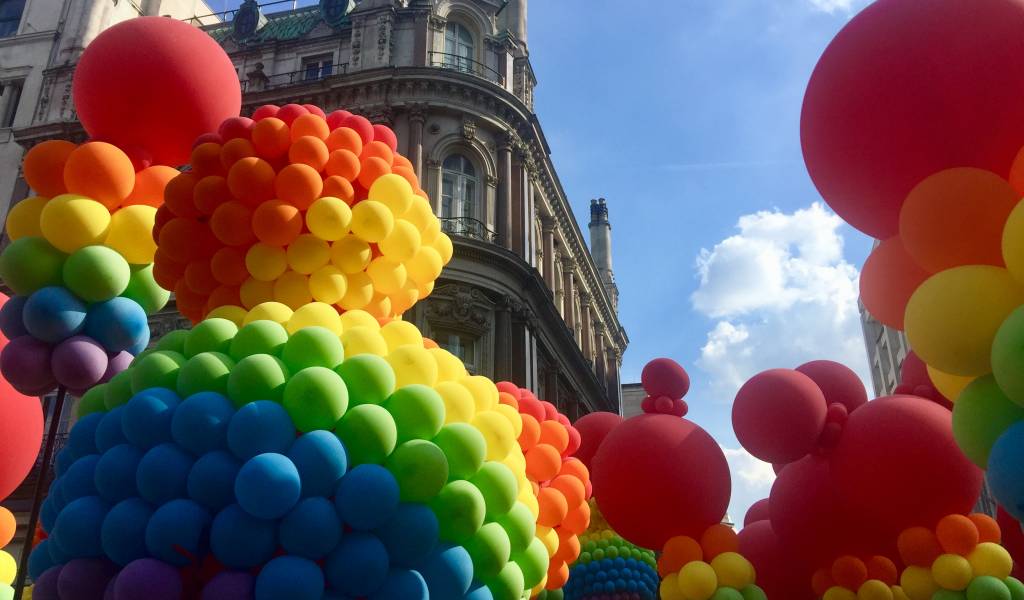 Pic: iStock.com/Darko Mlinarevic
Sharing
We are yet to confirm the dates and details of this event.

The massive annual London Pride Parade will make its way throughout the city’s centre in celebration of LGBTQIA+ communities, diversity and equality. This year is a big deal: 2022 marks the 50th anniversary of Pride in the UK.

Only registered groups are allowed to join the organised parade although you’re welcome to join once it has officially passed and the barriers have been taken down.

The four stages in Trafalgar Square, Leicester Square, Golden Square and the Soho Stage on Dean Street will play host to over 100 performers including stars and famous faces from the LGBT+ community. In line with the Proud of Pride pledge, organisers have worked to give prominence to members of all genders, sexualities, and heritages, making space for all parts of London’s rich diversity.

Making a triumphant return in 2022, the stage in Leicester Square is dedicated to female-identifying, non-binary, and trans artists.