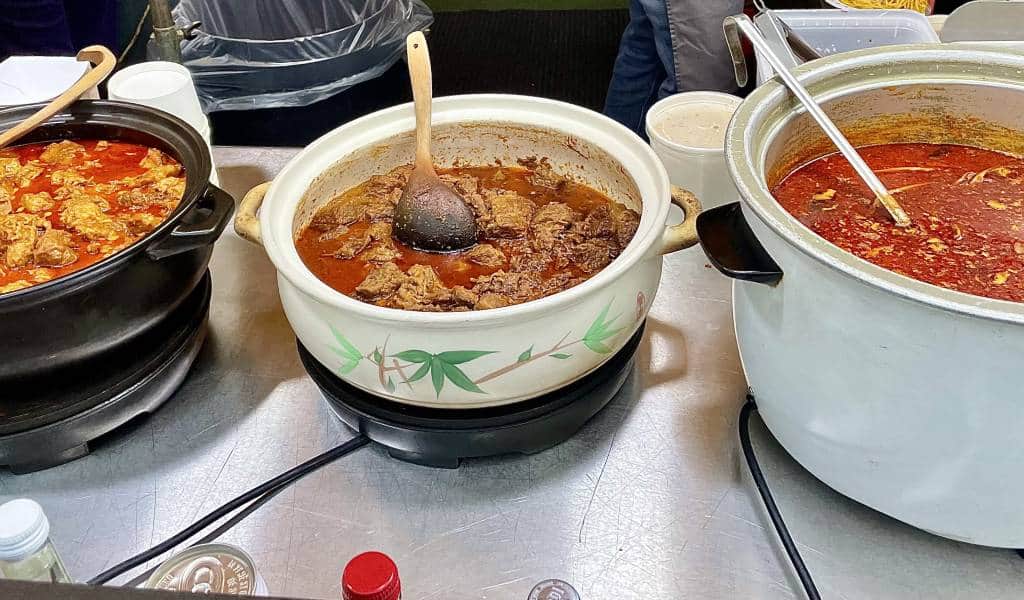 Over here from Malaysia and missing the tastes of home, craving those delicious dishes from a recent Malaysian getaway, or maybe just looking for some really great food? We’ve searched out the best Malaysian restaurants in London for you, so get ready for some punchy but affordable (and vegan-friendly) flavours.

Home from home for Malaysian expats since 1998, this unassuming restaurant in the middle of Chinatown was set up to satisfy the chef/owner’s own nostalgic yearning for the flavours of her native Johor, in the south of the Malay peninsula. Homemade family-recipe favourites on the extensive menu include Malay Curry Chicken, Teo Cheow Pork Belly and Five Spice Lok Bak, with plenty of vegetarian options. It’s no reservation and your whole party needs to be there before you can be seated; cue a hard stare towards that one person in your group who’s always late.

There’s a minimum £10.00 spend for card payments; note that service is not included, so please don’t forget to tip.
Don’t miss: The Nasi Lemak, then try the Johor specials.
Price: Most main dishes are around £12.50

Chef Danny Tan grew up in a family of Hainanese chefs and then focused on Malaysian, Chinese and Thai cuisines throughout his career. Unsurprisingly, Laksamania offers a large menu of both traditional and modern Malay-inspired dishes, including a vegan menu. Guess what their speciality dish is?
Don’t miss: The Laksa; choose between a coconut curry or sour Assam base.
Price: From £15.50

Joli means ‘joy’ in chef Salina Khairunnisa’s native Baba Malay dialect and they are certainly serving that up here with their bold, fresh flavours. The spice pastes are made to the chef’s great-grandmother’s recipes, using fresh ingredients and cooked in a traditional clay pot.
Don’t miss: The Beef Rendang (or there’s a vegan jackfruit version) served with either coconut rice or a roti canai plus a small Pajeri salad of pineapple, pepper, onion, cucumber and herbs.
Price: £10.00 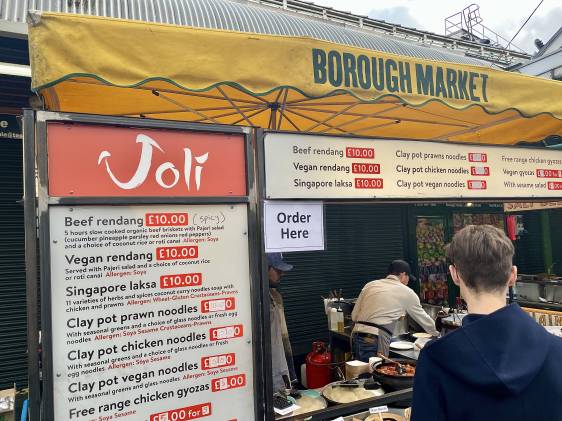 Laksa bar on the Holloway Road from Malaysian-born Chinese chef/owner Mandy Yin, who is of Peranakan Nyonya heritage. Serving seriously spicy laksa (you can ask for medium if you want to dial down the chilli) built on an intensely-flavoured shrimp base, with a vegan option available based on a tomato/miso blend. The restaurant is a critic’s favourite. You can also buy a signed cookbook plus a range of ingredients including laksa paste, sambals and sauces to carry on the party at home. Note that opening times may vary on match days.
Don’t miss: The Signature Curry Laksa based on the ‘campur’ style laksa found in Malacca, a blend of Malay and Chinese cuisine which reflects the chef’s roots. It is a cross between Kuala Lumpur’s curry laksa and Penang’s hot and spicy Assam version.
Price: From £13.00

Open weekday lunchtimes only and with just a handful of outside tables, come early and be prepared for the British weather. Like all good produce-led restaurants, Dapur has a daily changing menu, so be adventurous; it has a reputation for flavour-packed, home-style Malaysian dishes. If only all lessons were this delicious.
Don’t miss: The Nasi Lamak, then order a dish you don’t recognise.
Price: Mains average around £10.00

This Queensway Market gem has a heartwarming backstory. Normah Abd Hamid was cooking traditional Malaysian meals for her children as a way of connecting them to their home and absent family when her neighbours commented on the tantalising aromas coming from her kitchen. She invited them in to share her food and recipes, and from this connection Normah’s was born. The food honours the memory of her late father, who taught her to cook.
Don’t miss: The Beef Rendang, Roti & the Assam Pedas Seabass, though it’s all cooked from the heart.
Price: Mains average around £12.00

Run by childhood friends Harith and Shubli AKA The Malay Fellas, who you may remember from their Malaysian kitchen in Tai Pan Alley, Camden. One of the best Malaysian restaurants in London, the dishes are geared to a Malaysian palate; close your eyes, you could be home.
Don’t miss: The Char Kuey Teow (CKT) with prawns
Price: Mains average around £10.95

Cult Malaysian street food restaurant tucked away in a Euston basement, now with a second site in Battersea; find Roti King by following the ever-present queue. Despite being a critic’s favourite and foodie magnet, it has the same understated, no frills and no reservation dining area. It is, as ever, all about the flavours – and great value.

Let us know if we’ve missed your favourite Malaysian gem and tag us on Instagram on your visits – we’ll repost our favourites!