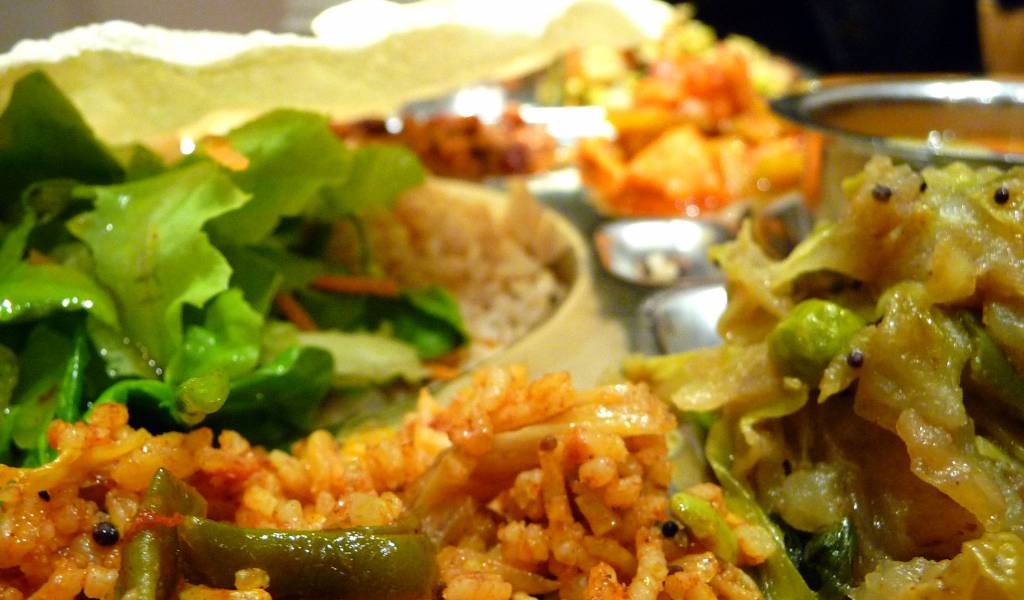 When a sandwich won’t satisfy and you feel like something hot served on a plate, rather than out of a polystyrene tray, grabbing a bite around the West End can be pricey business. Soho, once a bastion of affordable eateries specialising in cuisines from across the globe, is now swamped by characterless branded chains, often with a celebrity chef behind them and menus designed by accountants. That’s why we recommend these:

Fortunately a number of more classic institutions have survived the encroachment. When it comes to Chinese food, few are as legendary as Wong Kei, which has occupied its spot at the Chinatown end of Wardour St (41-43 Wardour St to be exact) since at least the 1970s. It has a bit of a love-it-or-loathe-it reputation. Once notorious for the rudeness of its staff, much of which seemed put on to maintain the reputation, Wong Kei still makes few concessions to hospitality, although this is a large part of its charm. You are definitely on their turf here: knives and forks are not freely offered, while single diners are ordered to shared trestle tables on the ground floor, and small groups rub shoulders with strangers at the circular tables on the other three.

It is better to view Wong Kei less as a fine-dining restaurant experience than an authentic Hong Kong cafe. The four floors, capable of accommodating as many as 500 eaters, throng with groups of Chinese tourists and locals alike, as well as hordes of regulars who wouldn’t dream of eating anywhere else in Chinatown.

One reason for such loyalty are the prices: a good benchmark when looking at the menus of similar restaurants in the area is the cost of that staple of Singapore Fried Noodles, which comes in at just over a fiver at Wong Kei, a couple of quid less than the competition. There are no hidden service charges, chili oil and soy sauce are provided free on the table, and there’s no obligation to buy drinks, as everyone is given a complementary refillable pot of jasmine tea upon seating. Service might be brusque but it’s also brisk. You can be in and out with a full belly within half an hour: perfect for the quick lunchtime stopgap or post-pub stomach liner. Portions are generous and the quality consistent. One of the best things about Wong Kei is that you always know what you’re getting.

The menu is also huge, although some of the dishes, like the Eel and Bitter Melon on Rice or the Beef and Tomato on Boiled Rice, are probably best suited only to the more adventurous gourmands. You can’t go wrong, however, if you stick with the rice hot pots or fried rice and noodle dishes (such as Wun Ton Noodle Soup, Beef and Black Bean Ho-Fun, the aforementioned Singapore Fried Noodles, or its equivalent using the fat ho fun rice noodles, Fried Ho Fun Malaysian), all around the £5-6 mark, I can vouch for the fact that the ho fun is always fresh and made just round the corner.

To get a good sample of what’s on offer, as well as an idea of the near fanatical devotion this restaurant arouses, there’s a wonderful Tumblr site called “If you don’t like Wong Kei, I don’t like you” in which some intrepid soul has catalogued their attempts to eat their way through all 186 menu items.

For something a bit more upmarket yet still giving change from a tenner and if you like your spice, then the best place in Chinatown to go for Malaysian and Singaporean food is Rasa Sayang at 5 Macclesfield Street. Long lineups are often to be seen outside its door, and many of the queuers are clearly Malaysians and Singaporeans—always a good sign.

It is also the only halal restaurant restaurant in the area. The curry laksa noodle soup, beef or chicken rendang, nasi lemak curry chicken and rice, and roti canai curry chicken and flat bread come in at around the £7-8 range and are extremely tasty. Definitely recommended.

Vegans, vegetarians and those otherwise wishing to keep their karma in balance will find a safe haven just off Oxford Street at Govinda’s Pure Vegetarian Restaurant, part of the Radha-Krishna Temple at 10 Soho Street. From curries, dahls and thalis to more conventional salads, vegetarian lasagnas and pizzas, not to mention a fare range of deserts, Govinda’s is definitely among the healthier options, and again you’d be hard pushed to go over the ten pound mark.

If you are of the opinion that a pizza is a pizza, then another well-entrenched institution in the area is La Porchetta Pollo Bar at 20 Old Compton Street. There’s a choice of almost thirty of them on the menu and they are about half the price of a certain established pizza chain that began with a single Soho location not to far from it. There’s also a similarly sized and similarly priced array of pasta dishes and a small selection of pricier main courses. Drinks are also cheap, and there’s a definite sense of rough-and-ready old-school party atmosphere about the place, especially in the evenings—unsurprisingly given that it’s been fixture of the local landscape for decades now.

Café in the Crypt

And finally, if it’s hearty cafeteria-style British and European style fare you are after—pies, pork chops, pasta bakes and traditional hot puddings like apple crumble and custard—then one of the hidden treasures on Trafalgar Square is the Café in the Crypt in the St Martin-in-the-Fields Church, open from 8.00am-9.00pm most days and later on Wednesdays for its jazz nights. It seats around 200, so you won’t need a reservation, and its a great place for a fry-up in the mornings, but the cavernous crypt is in itself an attraction, even if you just pop in for a coffee to soak up the ambiance and marvel at its architectural delights.