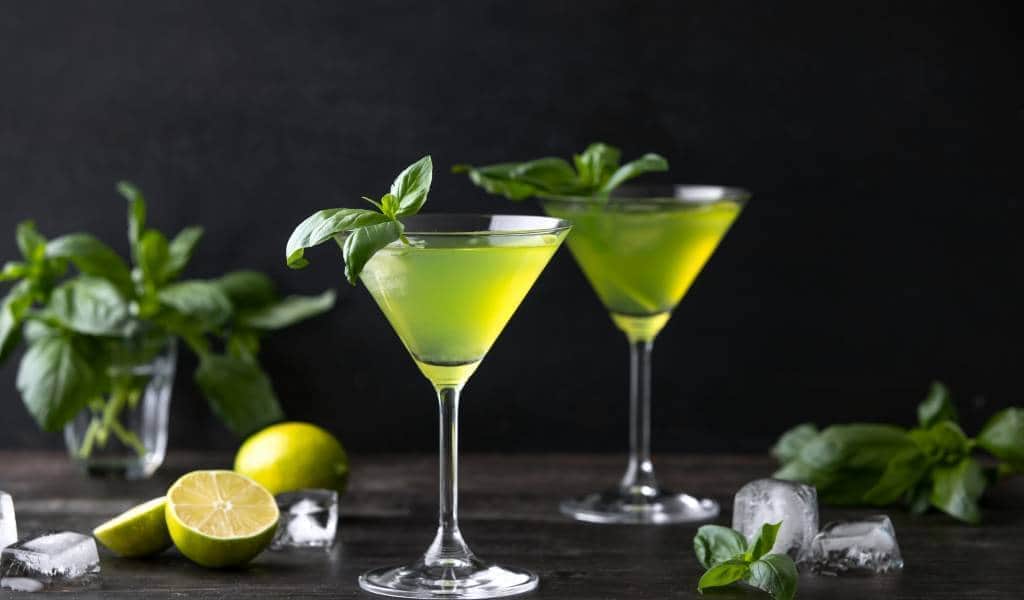 5 Easy Cocktails to Make and Sip While Working from Home

For now, London’s best budget cocktail bars are decidedly closed. But that doesn’t mean you can’t shake things up a little from the comfort of your own home. Here’s five classic working from home cocktails that don’t require you to fill your London kitchen with a mess of gadgets.

Don’t have the right kind of glass for the occasion? Drink from your World’s Best Employee coffee mug. Or a tumbler over ice. Or an Art Deco vase. In your own home there’s nobody to judge you.

This distinctly Italian apértif has been at the top of London’s cocktail lists for the best part of a decade now—we’ve visited at least one bar that even has it on tap. As far as flavour goes, Campari and vermouth do the heavy lifting, with a strong bitter taste that’s curiously refreshing all year round. Some folks will shake a negroni, while others insist the drink should be gently stirred. One less piece of washing up makes stirring a clear winner.

When you’ve just closed an important deal over a round of (virtual) golf. At this rate, The Firm is gonna make you a partner!

Cold, sweet and zesty, the Cuba Libre is as simple to make as it is refreshing. In fact, it’s considerably faster to prepare than waiting for the kettle to boil. As far as we’re concerned, that makes it a better late afternoon pick-me-up than your usual cup of tea. It’ll cure your scurvy too!

Stick on some Cuban jazz, and get the folding chair out of that weird cupboard rammed with old boxes and Christmas decorations.

This zippy little number is perhaps best known as a favourite of detective writer Raymond Chandler—but it’s made a comeback in recent years. At its simplest, a gimlet only has two ingredients; gin and lime cordial. When it comes to gin, we wouldn’t recommend anything especially fancy. The lime can overpower anything too subtle.

That said, you’re best off spending a little extra on Rose’s lime cordial and avoiding the own brand (or sugar free) versions. Perversely, the cheaper versions often have more real lime in them, which seems to throw off the sweet-sour balance.

This iconic vodka-based tipple is actually an American invention—hailing from the cellars of 1940s Manhattan. While the immunity-boosting effects of ginger and citrus fruits are overblown to say the least, we’ll concede that in this case, it’s better safe than sorry.

Don’t have a fancy copper cup? Nothing screams class around the home office like drinking from a Heinz Beans tin can.

Russia long has been known for classical composers and bureaucracy. So combine the two by sticking on some Tchaikovsky, firing up Excel and smashing through your most boring grunt work. Will booze and ballet improve your input accuracy? Absolutely.

Apparently a true Londoner, the bramble was born and raised in Soho back in the 1980s. The only trickier ingredient to snag is crème de mure—blackberry liqueur. You’ll find it in most specialty off licenses though. Failing that you can buy it online. If you’ve a tub of blackberries burning a hole in your freezer, you can even make it yourself. It makes for a great splash of flavour with experimenting with dozens of other cocktails.

Ideally a bramble is best shaken. But with that annoying 5:45 pm call in 10 minutes, nobody will blame you for giving it a quick jostle with a chopstick and rushing back to your desk. Serve in a rocks glass.

during a conference call you’re not sure why you were invited to. Use this time to fantasise about your blackberry picking expeditions when autumn rolls around.