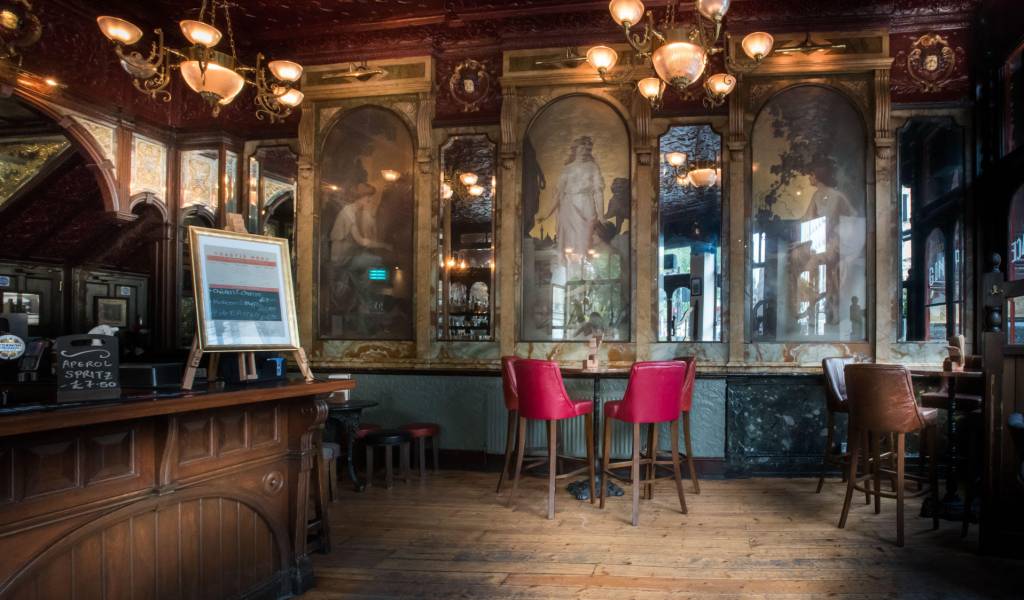 Londoners love pubs, it’s one of the many things that make our fair city great. But, thanks to its wild and often grisly history, we also love ghost stories. London’s streets are filled with ghoulish tales of the past, and it’s long-believed that many of the capital’s best-loved pubs are filled with spooky spirits, as well as the liquid kind. There are quite a few guided tours to some infamous drinking dens, but you can also look for poltergeists at your own pace. So, steady your nerves and prepare to make your way around London’s most haunted pubs.

East London has its fair share of infamous drinking dens. But one of the (allegedly) most haunted is the Ten Bells in Shoreditch. It’s a beautiful and atmospheric 200-year-old pub, filled with original tiles and dark, wood-panelled upper rooms. This is where only the sturdiest of ghost hunters should dare to tread. The pub was briefly called The Jack the Ripper for a while in the 1970s – a pretty crass nod to the pub’s connections to the serial killer. After an understandable backlash, the pub was renamed The Ten Bells. But it’s actually the victims of different terrible crimes that are said to haunt the upper floors at The Ten Bells. Former landlord George Roberts was murdered in Swansea in the early 19th century, and in the 1990s, several members of staff reported sightings of a ghostly Victorian man. As if that wasn’t creepy enough, in 2000 a new landlord was clearing out the cellar when he found a box containing an old wallet and a newspaper clipping about George Robert’s murder. He’s not the only spectre rumoured to have been seen at the pub. Other sightings include the ghost of a Victorian baby and a laughing poltergeist.

The Spaniards Inn near Hampstead Heath dates back to the 16th century. It was once a favourite drinking establishment of great writers including Mary Shelley, John Keats and Charles Dickens. Irish writer Bram Stoker is also believed to have been inspired by one of the pub’s ghost stories while writing Dracula. It was also frequented by notorious highwayman Dick Turpin and – if rumours are to be believed – he likes to clatter about upstairs, while his old horse Black Bess can be heard outside. They’re also rumoured to be haunting pubs up and down the land, which seems very on brand for a highwayman.

Other resident ghosts include a woman in white who hangs out in the garden and former Spanish landlord Juan, who was killed in a duel over a woman (although we can neither confirm nor deny if she was the aforementioned woman in white).

The pub sits close to St Bartholomew’s Hospital (now better known as St Barts) which is alleged to have attracted body snatchers – also known as resurrectionists – during the 19th century. Body snatching was big business in Victorian Britain, exhuming the bodies of the recently deceased for medical research. But this lot turned to murder when their supply ran low and it’s believed they preyed on the poor punters of The Rising Sun, taking the answer to “what’s your poison” a little too literally.

The pub was vacant for much of the first half of the 20th century, and it seems a 1980s refurbishment stirred up some pervy paranormal activity. Ghostly apparitions have been spotted sitting on beds, snatching bedsheets and sneaking into showers.

Unlike a certain TV series where the character of the same name “knows nothing”, this John Snow was very clever. He was a Victorian doctor who tracked down the source of a cholera epidemic in 1854 to a water pump which used to sit outside the pub, now marked by a commemorative slab. The pub is said to be haunted by a grim-faced ghoul, believed to be a cholera victim, who sits in the corner glaring at customers while they drink.

This small Belgravia pub is a bit of a hidden gem. Tucked down a cobbled street, it’s a former officers’ mess for The Duke of Wellington’s soldiers. It’s now dedicated to those soldiers, and to one ill-fated royal guard in particular. Poor Cedric was beaten to death in the basement for allegedly cheating at cards in 1818; the story goes that his tormented soul has been wandering the building ever since. He is said to make his presence felt during the month of September (when he was killed), rattling furniture, letting out low moans and blowing out candles. Classic ghost behaviour. You can read about some of Cedric’s other antics in newspaper clippings on the walls. Just don’t sit by the window, unless you want to have a snifter with a restless spirit.

The former Victorian gin palace stands on the site of the debtors’ prison, part of the notorious Newgate prison. Five jail cells are part of The Viaduct Tavern’s cellars, and staff have reported spooky goings-on over the years. One manager claims to have been shut in the cellar by a malevolent ghost. A couple of workmen also witnessed a carpet rising up and falling down again, and a ghostly tap on the shoulder. Although you can’t normally just poke around a pub cellar in search of ghosts, the pub has been known to run the odd evening if you’re game. 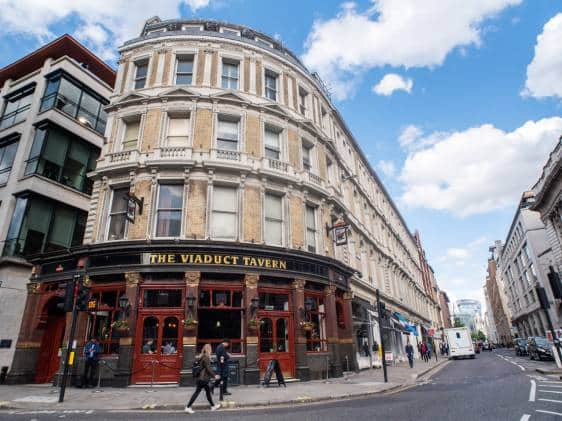 The Hoop and Toy, South Kensington

The pub is the oldest in the area and reportedly built above the tombs of priests. They had been resting in peace until nearby tube stations were being built; if there’s one thing the ghosts of former clergy hate, it’s noisy construction work. As a consequence, these creepy, cassocked souls are said to pace up and down the pub’s stairs trying to find a holy resting place. So far opening the windows hasn’t set them free.

If you’d like full details on the ghost stories whilst you sip on your drink in each pub, there are a few specialist haunted pub walking tours in London. There are some on viator from £16.00 and there’s also the haunted pub tour guide booklet for £25.00. See our article on unusual walking tours for more ideas.