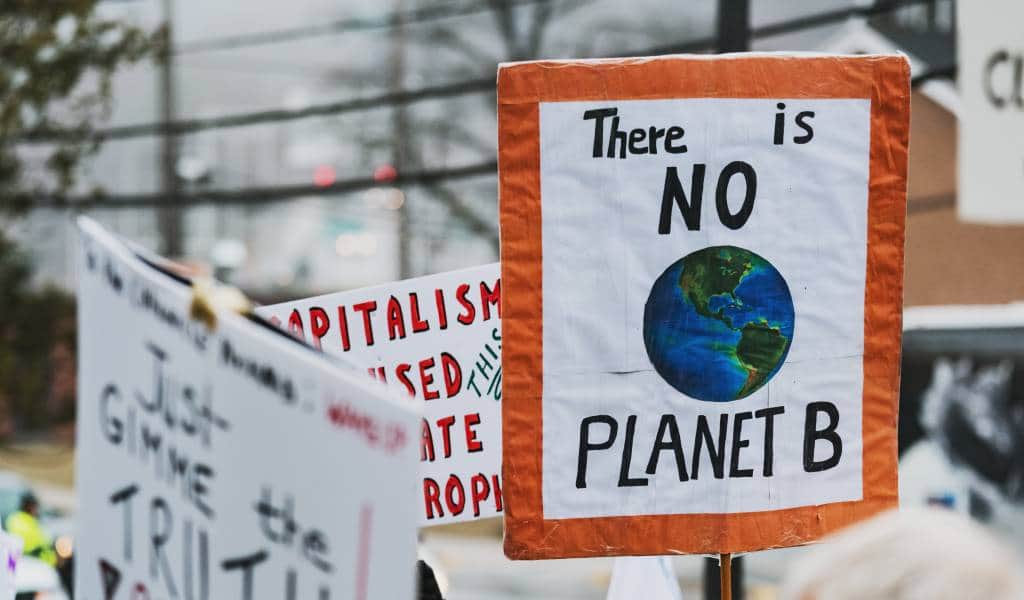 With literal fires raging the world over and names like Extinction Rebellion and Greta Thunburg going toe-to-toe with the powers that be, carbon offsetting for flights is one of many ways people are looking to turn things around. But what actually is carbon offsetting? How does it work? And can it make a difference?

What is carbon offsetting for flights?

Every time you get a flight (or any other form of transport for that matter), you’re pumping CO2 into the atmosphere. You’re presumably not here to deny manmade climate change, so we’ll just assume you know that’s not great. Shy of not flying at all, your options are fairly limited until newer, more efficient planes come along.

You care about the environment. But you also just really want to see the pyramids in Egypt without feeling guilty. Carbon offsetting aims to reduce or reverse the impact of your flight’s emissions. It doesn’t undo the fact that your flight happened—and it doesn’t change the fact that we need to drastically reduce our fossil fuel consumption as a species. But it does somewhat reduce the effects by lowering CO2 elsewhere in the world.

How does my money go toward reducing carbon emissions?

It can feel like you’re throwing money at a problem just to avoid guilt. So where does that money go? That depends on your priorities:

The most obvious way to reduce emissions is to capture that carbon from the air and store it elsewhere. In other words, planting trees, which bind the carbon up in their roots, trunks and leaves. They can also preserve soil quality, sustain ecosystems and even reflect some solar radiation away from the planet—further reducing the overall temperature. Way to go trees.

Another option is to reduce carbon from being spent elsewhere. A common example is providing cleaner gas or solar stoves for people in developing nations. The big benefit here is in sheer numbers—you can save a lot of carbon while helping individual people. The other benefits are very much human. In this case, more modern stoves can be less time consuming and less damaging to the respiratory system than wood, coal and peat fires. That can mean a general quality of life improvement for the people that benefit from them.

In a similar vein, some projects focus on creating renewable energy sources—for example through wind, solar, hydroelectric means. At the moment this route can be more expensive in terms of net carbon reduction, but it’s an important step nonetheless.

There’s no reason you couldn’t offset your carbon emissions for all forms of transport. The reason many people concentrate on carbon offsetting for flights is that they pump out so much more CO2 per person for the distance travelled. To put this into context, a flight from London to Paris exhales about 60 kg of CO2 per capita. Taking a coach or train would emit closer to 10–20 kg. That makes flying somewhere between 3 and 6 times more polluting, depending on the conditions. What’s more, by some estimates, flights account for as much as 2.5% of all global CO2 emissions.

How do I figure out my flight’s carbon footprint?

Using one of many flight calculators is how! It’s worth noting that results vary a little between these calculators. So it’s fair to say that your results will be a best guess. That said, with settings to adjust for plane type, altitude, stopovers and ticket class, some calculators are built better than others.

Firstly, be cautious of letting your airline figure it out for you. There’s every chance a chunk of your hard-earned cash will go toward their own admin fees. Chooseclimate.org is worth checking out just for their truly unhinged user interface. Had fun with that? Good. Now onto the easier to use tools.

Climatecare’s calculator is perhaps the easiest to use. You simply put where you’re flying to, add any transfers and presto—you’ll get an estimate. From here you can either pay them to handle it for you, or donate your money elsewhere.

If you are going through climatecare, your money will go into a portfolio—effectively they’ll use the money where it’s needed across a broad range of initiatives. These include tree planting, providing cleaner cooking fuels and funding renewable energy projects.

If you’re looking for something with a little more substance, Carbonfootprint.com has a pretty impressive calculator. Their tool can cover other forms of transport too, as well as your home—for a more holistic carbon offsetting approach.

Another cool feature is that you can specifically pick the type of carbon reduction project you’d like to fund, along with the region it’s in. So you can either pick the most cost effective per kg of carbon, or support an area that means something to you personally. They also have more options for businesses looking to reduce their carbon footprint, along with the potential for special projects for large-scale contributions.

How much will it cost?

The good news is, it’s generally cheaper than you might think. According to Carbonfootprint.com, a round trip from London to Tokyo emits around 3,000 kg of carbon. Covering that using their portfolio plan costs around £17.00. That’s less than 3% of a £600.00 ticket (check out our guide to flight clubs for tips on getting the cheapest flights possible).

Should I bother with carbon offsetting?

We should acknowledge here that we’re coming at this from a position of extreme privilege. We understand that not everyone can afford to spend their hard-earned money on this. Just being financially secure is a struggle for many (a full 22% of Britons were considered in “persistent poverty” as of 2018). If that’s you, this article isn’t meant to judge or guilt-trip you. Life is complicated and you’ve got your own problems to worry about.

If you’re not in that position, it’s well worth thinking about. And since many of the world’s governments are in no rush to fix things, it’s important for those of us who can to spread the word and pitch in where we can. Clearly this isn’t a permanent solution to this problem. Bigger, more systemic changes need to happen—sooner rather than later. But in the meantime, it’s a small way to try and keep our planet in good nick.

Our own colleagues work all across the globe, with headquarters in Tokyo and Hong Kong. We’re conscious of our own carbon footprint. That’s why we’ve put our money where our cheapo mouths are. From 2020, we’re committed to offsetting the carbon from every single business flight we take.