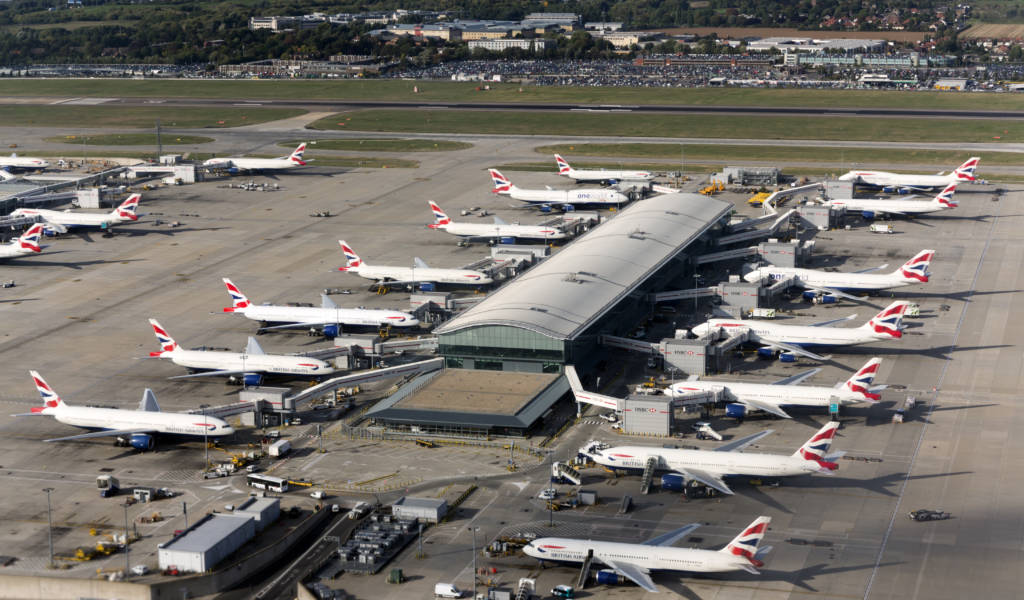 Trying to nab cheap flights out of London? Whatever kind of trip you’re after, there’s a good chance that ticket prices will be one of the biggest deciding factors in where you choose to go. Fortunately, with a little preparation (and a bunch of flexibility), there are ways to bring your flights down to manageable prices. Today we’re looking at two options—doing it yourself vs. letting a flight club do hard work for you. While you’re thinking about it, be sure to check out our budget getaway guide.

An ace in the hole? Flight clubs

Whether it’s from friends or in hushed corners of the internet, there’s a good chance you’ve heard about clubs that secretly share cheap flight prices. The truth is, there’s nothing especially secret about these deals. That means there’s very little these companies can offer you that you can’t find yourself at home (or work, we won’t tell).

It’s not that they have access to deals you can’t find anywhere else—they don’t. They don’t even sell the tickets, they just point you in the right direction. What they do have is all the time in the world (and presumably specialist software) to scour and compare every available deal on every route.

The real pull of flight clubs are the “mistake fares”, where airlines seemingly undervalue flights for a short period of time. These are often quickly fixed, but if you dive on it quick enough, in most cases the fare will be honoured. The key with making the most of long-haul mistake fares is often in connecting in specific cities—which can of course take some time out of your trip. On the bright side, that can mean a day in a totally new country—especially nice if you’re off on a longer-term trip.

With the recent disappearance of Scott’s Cheap Flights, Jack’s Flight Club is now by far the biggest game in town for tips on London flights. In fact, the service covers airports across the UK, though of course the London airports make up the bulk of flights.

Effectively, the service is a mailing list. The guys at Jack’s Flight Club search for cheap flights from your nearest airport, which you’ll pick when you sign up. When they find something good, they send out an email to let you know.

Several of my friends used Jack’s flight club to visit me when I lived in Tokyo—sometimes for as little as £250.00 for a return flight. There were no hidden fees, but there were some lengthy stopovers in spots like Paris, Rome and Moscow.

The recently launched app collates the week’s emails into a quick, straightforward app. It’s free to download on the App Store and Google Play. It’s a great option if you’re conscious of clogging up your inbox with a new message about cheap flights every couple of days. Just remember to actually check regularly to get the most out of it!

How much does Jack’s Flight Club cost?

You can either join as a free member or a paid premium member. Premium membership costs £35.00 a year, which covers both the mailing list and the app. In return you’ll see more deals, and generally get faster tip-offs on the best mistake fares. That said, the free membership is nothing to be sniffed at. You’ll usually get at least a few juicy deals a week, so there’s no obvious reason not to sign up.

New to November 2019 is the Jack’s Perks scheme, which offers a few additional discounts to premium members. Currently, the most tempting are £25.00 off long haul flights and free 24-hour luggage storage in over 200 cities. Be sure to check the current perks before you sign up.

In our experience, like a railcard (and if you don’t have one of those, you should), premium membership more than pays for itself the first time you use it.

If you’ve got time on your hands, there’s nothing to stop you becoming an expert cheap flight finder yourself. This is especially useful if you find yourself flying to the same place several times a year (to visit friends or family, for example).

Accepted best practice these days is to use Google flights to figure out the times and routes that are generally cheaper. These prices usually come direct from the airlines—but there are often cheaper fares out there. Once you’ve figured out your dates and routes, you’ll want to turn to flight comparison sites. We’ve had most luck with Skyscanner and Momondo for price and range of flights shown. It’s worth checking on both, as they often throw up slightly different results.

Also, while Momondo and Skyscanner deny using cookies to push up flight prices, there are plenty of conspiracy theories out there. If you buy into them, it can’t hurt to use private browsing mode.

After a while you’ll start to see which routes work well and what kind of price dips to expect. You’ll also know when to cash in on any rare mistake prices. Prices fluctuate constantly for pretty much all routes and locations. So while there are general rules (book early, book off-peak), there are always exceptions. Sadly, the only way to spot the very best prices yourself is to get a feel for the market over time.

Ultimately, by doing it yourself you can save a little cash, but spend a lot of time. If you’re the kind of person that enjoys trawling through sites over long periods for the best deals, this is by far your best option. Don’t really care where you’re going and just want cheap trip ideas? The free version of Jack’s flight club is probably your best bet. If you’re playing the long game and waiting for super cheap mistake fares for a specific location, paying for Jack’s flight Club can be a great investment.

Consider calculating and offsetting the equivalent carbon used during your flight. The idea is to donate to charities than can reduce or counteract carbon emissions elsewhere. The most obvious example is planting more trees, but often programmes that focus on providing cleaner energy in developing countries are making a bigger impact.

It’s far from a perfect system. But if you’re in a position where you can afford it, it’s better than doing nothing. and it’s easier than you might think. Climatecare has a handy emissions calculator, and is a good place to start looking.

Transporting luggage when you arrive

Planning on a longer trip? If you’ve too much to carry providers like Luggagent will same-day deliver your suitcase from the airport to your hotel or residence for around £40.00. Just register beforehand and drop your cases off at the desk. They can also pick your luggage up and bring it to the airport for you—potentially giving you an extra baggage free day of exploring! What’s more, if you use our link you can take an extra bag free of charge—courtesy of our friends over at Tokyo Cheapo.

Written by: Felix Wilson
Filed under: Getting Around | Things to Do
Tags:
Sharing