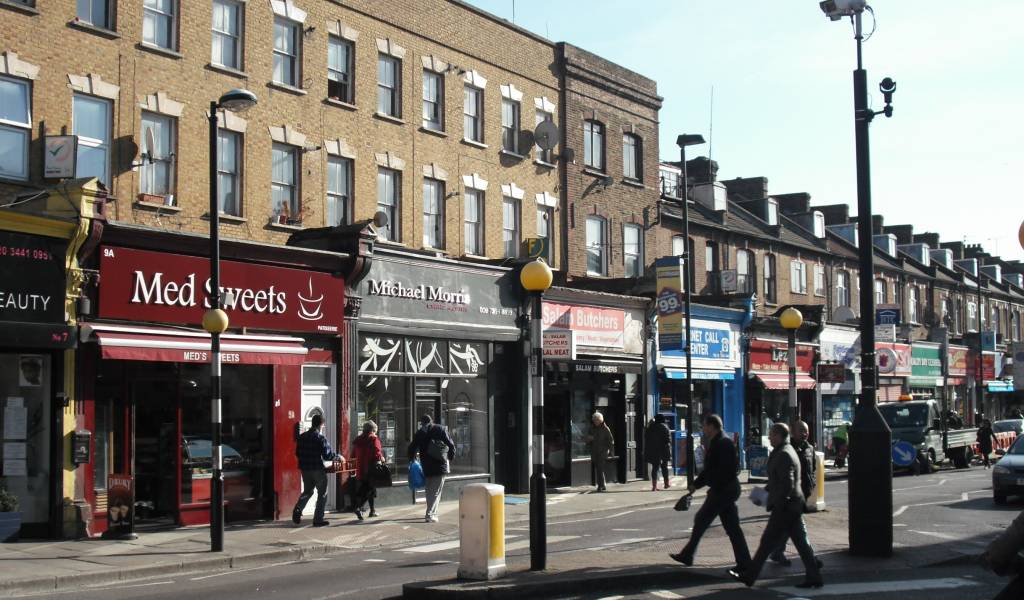 One of north London’s most sprawling areas, with postcodes in four boroughs. Transport links are good here, two tube lines, an overground station and great bus routes. As the name suggests, it has a large park with a lake, running track, free outdoor gym and tennis courts at the heart of the busy urban area. Its lesser known green space, The Parkland Walk is a former railway track and now a public walkway and nature reserve that runs between Finsbury Park and Highgate.

The two main hubs are Seven Sisters road and Blackstock road, which are a chaotic mix of greasy spoon cafés, pound shops, independent restaurants and coffee shops, and the cheap and cheerily named The Happening Bagel. The area around the station has seen a lot of redevelopment in the past couple of years, which for once has been a boost for the arts with The Park Theatre and Blake College of Art and Design both based there. Cheap, fun nights out can be found at the divey Silver Bullet bar for small gigs, and bargain bowling and karaoke at Rowan’s

All Articles about Finsbury Park

Things To Do in Finsbury Park