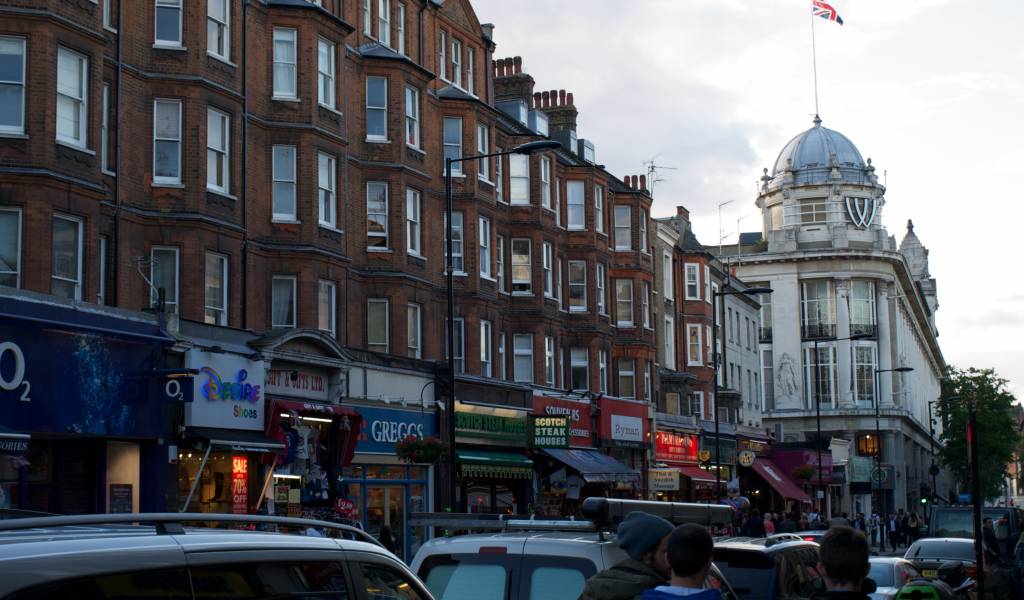 This part of west London has some front. Not only does it have a large shopping area and opulent houses, but it is also the neighbourhood of an infamous ‘fake’ address. Visit 23 and 24 Leinster Gardens to see a rather grand looking facade, and that’s all you’re seeing. The front-only building was featured in Sherlock and is a pretty cool architectural trick that turns a posh street into a theatrical set.

Shopping and eating are probably the two biggest activities in the area. Whiteley’s is a massive mall inside a listed old building which includes a large cinema and bowling alley. But if all the chain entertainment gets too much, Porchester Spa is a more alternative leisure venue, where you can take a dip in a beautiful 1920s building. A multi-ethnic population with long-term ties to the area means it’s great for all sorts of food, and especially Middle Eastern and Greek food at places like Manoush and Kalamaras. If you’re not too full from your visit, take a bike ride around the city starting at Queensway which you can day either during the day or at night with the Fat Tire Bike Tours.

All Map Locations
Open with Maps

All Articles about Bayswater