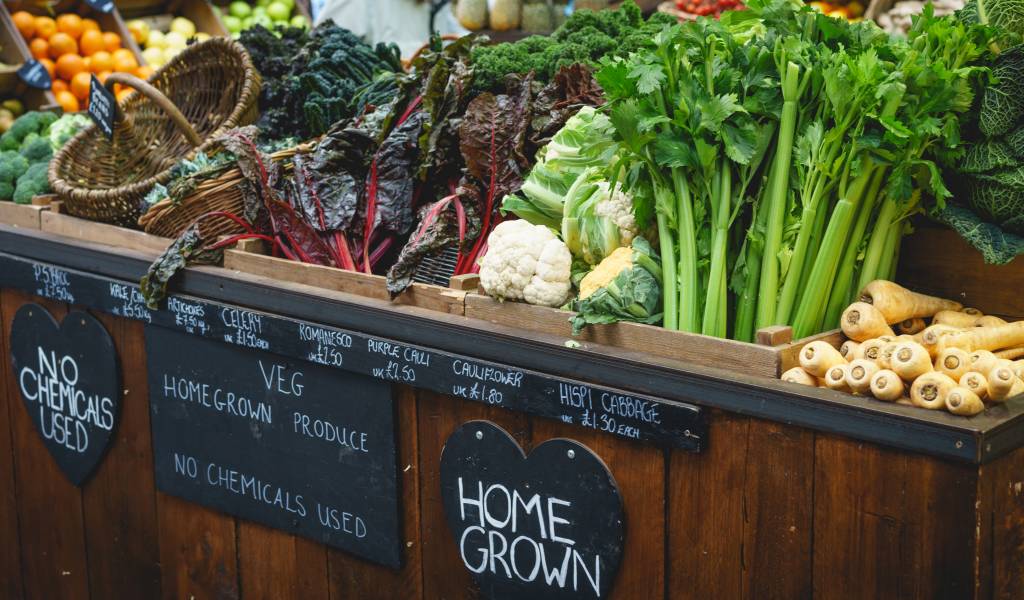 Frugal Fruit and Veg in London

London’s growing food market culture may lean towards artisanal baked goods these days. But getting your five-a-day portions of fresh fruit and veg in London doesn’t have to begin and end with the supermarket. There are still plenty of London produce stalls old and new where you can purchase decent produce, for good prices. Get down there and buy some non-plastic wrapped avocados to smash onto toast. Nice one.

One of London’s oldest markets (dating back to 1778), so fruit and veg sellers have brought produce to the Soho Streets for a long time. In recent times, it successfully stopped privatisation. There are plenty of other food stalls, but pack a tote and grab punnets of strawberries for a pound. And since you’re in Soho, why not stick around and see the cheapo sights?

Local Dalston market that has (so far) avoided the area’s gentrification with around 180 stalls selling food and other items from Jewish, West Indian, Asian, Greek, and Turkish communities. There is a 24 hr bagel bakery, and lots of spices as well as the “Pound a bowl” of fruit and veg you’ll hear stall holders shouting about. Check out our full guide to the area for more great tips.

Pay As You Feel Market

A food market that curbs waste, where punters decide the price is our kind of market. The market stall owners pick up surplus fruit and veg from supermarkets across the city and sort the ‘perfectly imperfect’ produce ready to buy. As the name suggests, just pay as you feel. Run by the people behind The Bean Shed cafe, who also offer pay as you feel lunches and £1.50 coffee.

Where: The Bean Shed, Hoxton
When: Tues-Thurs 11-5

Dodge the ever-increasing chain eateries of Upper Street for Chapel Market, for Islington’s largest daily street market and the colourful Chapel fruit and veg store, just around the corner from two mahoosive supermarkets. Some stallholders like John have been there for over 40 years. You can stock up on items like 2 punnets of strawberries for £1.50, and 6 pears for a pound. The fruit and veg vendors rub shoulders with t-shirt sellers and the odd wheely suitcase stall too, in case you’ve forgotten to pack shopping bags! Of course, there are plenty of other things to do while you’re you’re in Islington.

Lewisham Market has been running since 1906 and is one of the few daily markets in London. Stalls sell colour produce from £1 bowls of tomatoes and peppers to tropical fruit – like a whole box of mangos for £2 and cheap bunches of Spinach. It’s one of the occasions where being a latecomer is rewarded, you might pick up a pineapple for 50p towards the end of the day.

Can’t be bother to prep meals? Try these street food markets around London.