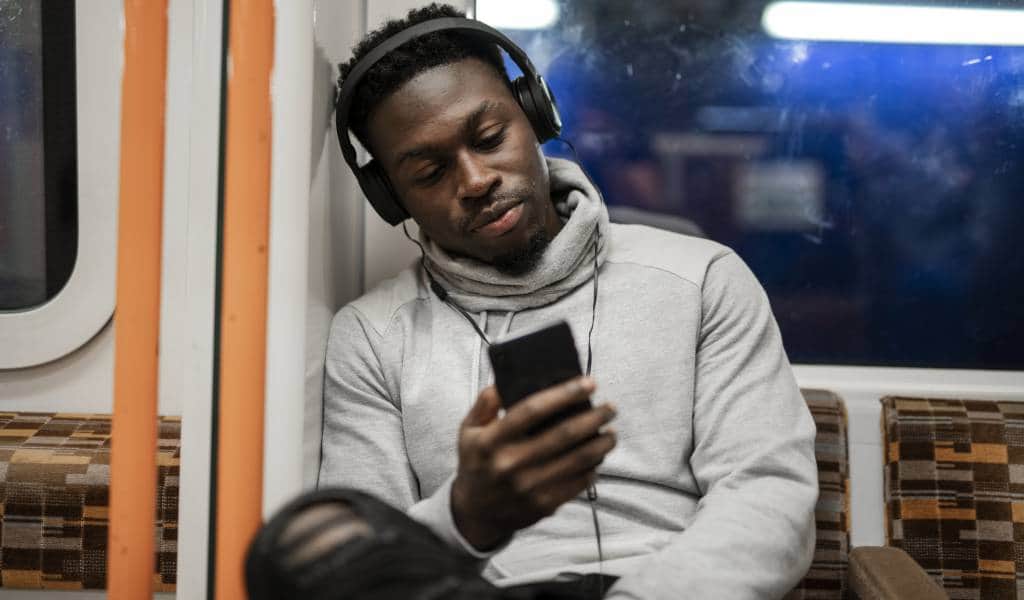 SIM Only vs Contract Phone: Which is Cheaper in the UK?

Around 90% of adults in the UK own a smartphone, so most of us will have to consider the SIM only vs contract phone dilemma at some point. Is it cheaper to get a handset as part of your phone contract or get your phone separately and use a SIM only deal? We’ll talk you through the pros and cons of each option.

tldr; Sim-only is usually cheaper, check out giffgaff for the best of both worlds
If you really don’t have time to read our full opinion, giffgaff is a great place to shop, as they have excellent value sim-only monthly plans, refurbished phones and you can also get brand new an iphone 13 for only £729.00.

How do UK phone contracts work?

The “standard” phone contract in the UK is two years long and you get a handset as part of the deal. When people say they have a “contract phone,” this is probably what they mean; along with paying for their data, calls and texts, they are paying off the cost of their handset, month by month.

How do SIM only plans work?

Let’s clear one thing up, when we are talking about the SIM only vs contract phone decision, SIM only plans are similar to prepaid SIM cards, but you’re paying a fixed monthly amount for your “plan”. SIM only deal means a plan where you get a certain amount of data, text and calls but not a handset.

How long do sim only contracts last?

Note SIM only plans usually are contracts of a kind – usually with a minimum term of one month, but sometimes one year or two years – which can get confusing when people are talking about them as being different from “contract phones”. Generally speaking the one year (and longer) contracts will save you a bit of money in the long run, typically in the order of 10 – 20%. But if you have an eagle eye for a bargain you might find flexibility preferable, as many of the sim-only providers periodcally offer big discounts.

Can you put a sim only contract in any phone?

Provided your phone isn’t too old, has been unlocked and you have the correct size sim, you should be able use a sim only contract with most mobile phones. If you’re phone is quite old, then you can check compatibility with willmyphonework.net. As 5G is rolled out in the UK, and new phones are tending to be nano-sim size only, some providers are gradually dropping support for older technologies.

Can I keep my phone number with sim only deals?

Yes, you can port your existing mobile phone number to the new provider with a sim only deal. Just contact your current provider to request a mobile PAC code. The PAC code should be given to you over the phone or within a few hours by text, and you then give this to your new provider who will do the rest.

SIM only vs contract phones: which are better?

It depends on what you’re looking for. Both have their benefits, but one usually works out cheaper than the other.

Benefits of a phone contract with a handset

The main benefit of a traditional phone contract is that you get a phone with it. Many Londoners don’t have the means to shell out the cash for the full cost of a smartphone, and getting a phone contract is probably one of the easiest ways (but NOT usually the cheapest, keep reading) to get the handset you want.

If you go down this route, shop around for the best contract and don’t limit yourself to the big networks (O2, EE, Vodaphone and Three), as better deals can often be found elsewhere. Carphone Warehouse and giffgaff are good places to start looking. Smaller carriers may not have as good coverage as the main networks, but if you live in London this shouldn’t be a problem. It is worth checking Ofcom’s telecoms coverage checker if you take frequent trips to the countryside.

That being said, the bigger networks do offer some attractive perks, such as priority tickets from O2, free Apple Music from EE and cheap international roaming from Vodaphone and Three. Consider your lifestyle: if you are gig mad then those tickets from O2 might make up for paying a bit more for your actual phone.

As we said before, 90% of people already have smart phones. There’s not a massive influx of new phone users so networks want to hold onto the customers they have. When your contract is up, if you say you want to leave they will often ply you with the perks we mentioned above, and offer you other services. For instance, EE and Vodaphone offer fibre broadband, with discounts for existing phone customers.

The state of the phone market puts you in a good position to negotiate for a better deal at the end of your contract. You can use the loyalty you’ve accrued to upgrade to the new iPhone for a less eye-watering tariff or, you guessed it, switch to a SIM only deal. But on the other hand, if you’re not a beady-eyed cheapo and you don’t pay attention when your contract automatically rolls over, you might find yourself not getting the best value and locked in for another fixed term.

Benefits of SIM only plans

In general, SIM only plans get the cheapo stamp of approval. In typical, “you have to have money to save money” fashion, buying a phone outright and then finding a cheap SIM only deal will usually work out to be cheaper than the total cost of a 24 month contract.

Most of us can’t just buy an iPhone 13 like it’s nothing though, but that’s fine as you have many options for getting a phone to go with your SIM only deal. Many Londoners on SIM only deals used to be on traditional contracts and switched to SIM only deals when their contract ended.

If you are coming to the end of your contract and your handset is still in good working order, consider switching to a SIM only deal instead of getting a new shiny handset. Sometimes the difference in what you are paying per month can be staggering. Be sure to negotiate with your provider and remember: if you stay on the same tariff when you have finished paying for the handset, you are essentially giving money away.

2) You have more options for your handset

Sure, walking into an EE shop on a high street is an easy way to get a phone, but you’ll be restricted to the handsets they have. If you have a SIM only deal however, you can pretty much use any phone you want, as long as it’s unlocked. This opens you up to some wonderfully cheapo options.

Second hand phones are called “refurbished phones” within the industry, and Mobiles.co.uk (owned by Carphone Warehouse), is a great place to start looking for deals. You could also try the Big Phone Store, and the networks have gotten in on the action too, such as giffgaff’s range of refurbished phones and O2 Like New.

There are deals to be had on good old eBay and Amazon too.

If you really have to have the latest iPhone or equivalent, finance agreements such as Apple’s pay monthly schemes alongside a SIM only deal may work out cheaper than a 24 month contract. Crunch the numbers before you sign up to anything.

Protip: recycle your old phone for cash with GiffGaff Recycle.

3) It’s easier to get out of SIM only contracts

As well as saving money, you’ll avoid some of the other pitfalls of traditional phone contracts. SIM only deals are usually either 30 day rolling contracts or 12 month contracts, but that’s a lot shorter than the typical 24 month contracts you end up with when you have a handset thrown in.

If you need to get out of a 12 month SIM only contract, you typically will have to pay but it will be cheaper because you don’t have to factor in the handset. On this page, O2 provides some examples of how they calculate early termination charges, and you can see there’s a big difference between leaving a £20.00) a month deal after 6 months (£120.96) and after 9 months (£43.20).

Being locked into a traditional contract can be a nightmare for cheapos if something happens to your phone. You can get into a situation where you don’t have a working phone but still have to pay off your contract. Of course, you can reduce this risk by getting insurance (which you should consider no matter what kind of plan you have), but you’ll still be better off with a SIM only deal.

Comparison Table Of Some Sim Only Vs Contract Phone Plans

We reviewed and compared some offerings from a variety of providers and compared the equivalent cost of 24 months of service.

* The Tesco contracts were for 36 months and the price is for the full 36 months.

Bonus: Does Pay as You Go Still Exist?

This SIM only vs contract phone dillemma is all very well, but what if you’re feeling nostalgic for putting credit on your brick phone like it’s 2003? You may be interested to learn that Pay As You Go still exists. Although for most people PAYG isn’t the cheapest option, it may be in a few cases:

SIM only vs contract phone: the takeaway

In general, if you can manage to buy a handset separately, or you have one already, a SIM only deal will be your cheapest and most flexible option.

There are good deals to be found on plans with handsets though, and don’t count out PAYG out either! The important thing is to shop around, do some maths, and find out what works best for you.

You can start with these articles on UK phones from London Cheapo:

Although we do our best to ensure the information is accurate, pricing and terms mention on this page may have changed since original publication. First published March 2022. Last Update: June 2022