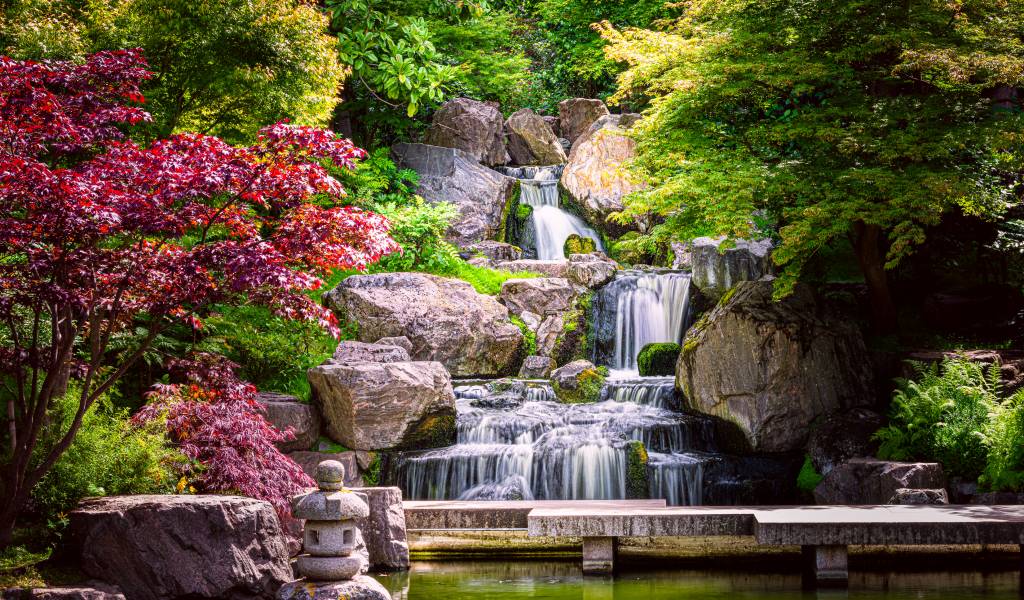 London is famous for its beautiful parks. Not only can you enjoy the greenery, which makes for a pleasant break from the grey of the city, but parks are also the ideal space for socialising, exercise and chilling out (especially in these COVID-19 times).

Here are five of the best parks in London, for your strolling pleasure.

If you are after a picturesque park, then you can’t get prettier than St James’s. Just a stone’s throw from Trafalgar Square and Big Ben, it is also on the edge of Horse Guards.

The central lake at St James is a great place for watching swans and geese, and there are also some lovely flowerbeds in the area. The pelicans are popular, and it is the predecessors of these very birds that inspired the charming Edward Lear poem The Pelican Chorus.

Pro tip: If you want a shot of Buckingham Palace, then the bridge offers a good view of it.

In the warmer months, the lawns are full of deck chairs where people enjoy whiling away the hours with a good book, better company or a tasty picnic.

Follow the plaques for the seven-mile-long Princess Diana Memorial Walk, which is an active way to explore the park and the buildings that are associated with it.

With gorgeous lawns, rosebeds and landscaping, Regent’s Park is another beautiful spot. It is home to 100 species of wild bird, and the largest free-to-access waterfowl collection in the UK.

In addition to boating lake and canal boat excursions, there are some wonderful open-air events to enjoy during the summer months. The bandstand forms the stage for musical performances, while the open-air theatre has things on, too.

As well as London Zoo, Regent’s Park is where you’ll find Primrose Hill. Climb to the top and you can enjoy views of the whole of London. While you are on the summit, look out for the big oak tree. It’s known as Shakespeare’s Tree, and was planted in 1864 to mark the 300th anniversary of the writer’s birth.

Situated on the east of Kensington, this is a great park to visit if you fancy something a little less popular or touristy. Boasting some impressive floral displays and with open-air opera performances in the summer months, Holland Park is certainly worth a visit.

There is plenty to do in the park, with tennis courts, playgrounds, cricket nets and football pitches amidst the rolling lawns. There is also a Japanese garden.

In the centre of the park, you can find the remains of Holland House that was damaged during the Blitz.

Just a short journey out of Central London and you are in Hampstead Heath, which is the perfect setting to stretch your legs, clear your head and get lost in the beauty of nature.

On the west of the heath is the Hampstead Hill Garden and Pergola, with a canopy of overhanging plants, twisted roots and stone columns. This part of the heath is often overlooked, but is definitely worth exploring.

Within Hampstead Heath, you’ll find the 18th century Kenwood House. Inside is an impressive library, as well as pieces by some of the world’s most renowned artists, including Vermeer, Van Dyck, Rembrandt and Gainsborough.

Over the years, Hampstead has been home to a number of celebrated names such as John Keats, John Constable, Ian Fleming, Elizabeth Taylor and Agatha Christie.

Hyde Park is one of London’s most well-known green spaces, and was once part of Henry VIII’s hunting grounds.

From the serenity of Christopher Wren’s Italian Gardens to the man-made Serpentine Lake where you can take a paddleboat out, it is a lovely place to visit.

Marble Arch is on the northeast edge of the park, near Speaker’s Corner. The arch was built in 1828 and was initially intended to be the entrance gate to Buckingham Palace, but it was too narrow for the State Coach and so was moved to the park instead.

Fun fact: it is still technically illegal for non-royals to pass through Marble Arch!

Speaker’s Corner offers a platform for anyone to get up and speak, with a focus on free speech. Orwell and Marx are amongst those who have taken to their soapbox here in an effort to convert the masses.

London is full of great parks, green spaces and quiet areas that can make you forget that you are in the heart of the capital.

While we do our best to ensure it’s correct, information is subject to change. Post first published in March, 2016. Last updated in September, 2020.