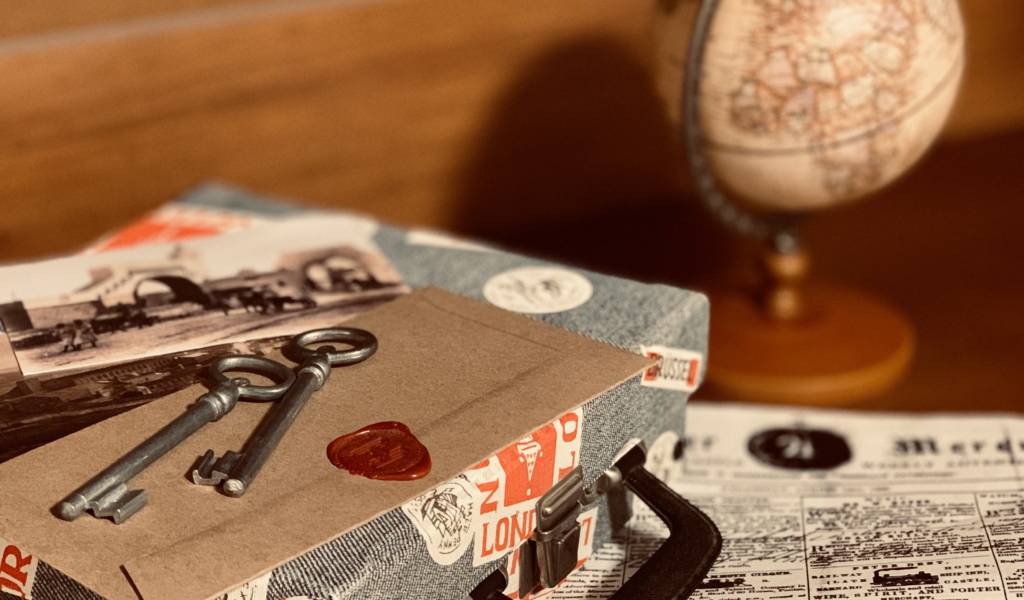 On the off chance you’ve spent the last decade under a rock (or perhaps trapped in a fiendish riddle house), puzzle rooms are group experiences—usually with a singular goal. To solve puzzles and escape a room. London’s love affair with puzzle experiences really ramped up in the mid-2010s, largely inspired by similar ventures in Japan and Hungary. Since then the London escape room scene has exploded, with new and exciting rooms popping up all over the city—from both well-known companies and upstarts.

But as production values increase, so do prices—and it can be hard to distinguish between the top-tier challenges and the cash grabs. Here’s a quick roundup of our tried and tested favourites. Whether you’re a newbie looking for the best place to start or a seasoned puzzle pro looking for your next challenge, we have you covered.

From humble beginnings to an escape game empire, HintHunt’s London offering started with a single escape room (apparently the UK’s first). There are now six rooms, each with great set pieces and its own corny backstory. Themes range from detective noir and Japanese mystery to submarine thriller.

It’s hard to deny that HintHunt is one of the better companies out there right now. There’s a nice mix of logic puzzles, physical puzzles and just plain finding well-hidden stuff. That means everyone in your group is going to have that “eureka” moment, in which you feel like you’ve made a big contribution to the overall team. There’s a lot of space to cover and a lot of clues to think about, which makes teamwork essential—so we’d recommend groups of at least three or four.

Another of the more famous London escape rooms, ClueQuest invites you to join the world of international espionage as an ace spy. Expect to thwart supervillains and save the planet from total domination (or not) by the time your hour is up.

ClueQuest typically deals heavily in logic and numerical puzzles—so if you’re looking to really put your mind to the test, it’s a good choice. That said there are a range of rooms, each clearly marked for difficulty, so both rookie and veteran teams of all sizes are sure to find something that’s right for them. They also have a few pairs of identical rooms, which allows you to race another group to the finish. That can make for an interesting work day-out, birthday party or hen/stag dos.

Despite the high-drama concept, these are some of the less intense puzzle games out there. That makes it a good choice for anyone who isn’t well suited to fantasies of imminent murder, drowning or arrest. There are also rooms suitable for younger groups (ages 10 and up recommended). Strangely, it’s also one of the few places in London where you can try out the Assassin’s Creed Origins VR games.

The building is usually totally wheelchair friendly, and most rooms are able to host two wheelchair users per game. That makes it one of the most accessible London escape rooms. Be sure to double-check before you book though—their website suggests that access is currently limited (last checked July 2019).

These narrative-driven escape rooms are about as ambitious as it gets, with a mix of tech and mechanical challenges and creative puzzle types we’ve not seen anywhere else.

The set design appears to be directly inspired by the puzzles—you won’t find a lot of visual clutter or red herrings like in some other games. That makes it a good choice for the logic puzzle driven crowd, though there are still things to do for the trial-and-error junkie and frenetic rummagers out there.

The creativity doesn’t stop with the puzzles. Each room has a story arc with twists and turns to follow—and unlike many London escape rooms, the plot is vital to finding solutions. I’ve heard some are frustrated by the time devoted to storytelling, especially given the difficulty of each room. As if to offset that accusation, AI Escape rooms last between 70 and 100 minutes—considerably longer than most others at a similar price point.

Looking for a more shared experience? Be sure to check our favourite London immersive experiences