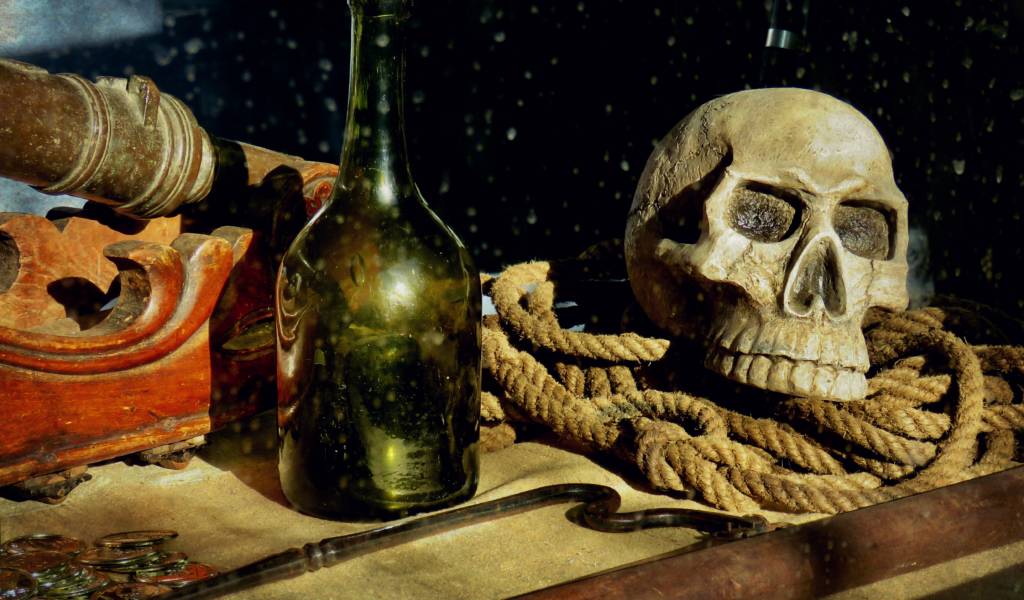 Immersive experiences often come with a cash-consuming price tag in London. But there are plenty of great affordable options to throw yourself into in the coming months if you know where to look. Lucky for you, we do.

Get your fix of audience-participation fun for under £50.00 at any of these events.

Boozy buccaneers and sea-faring adventurers are invited aboard the Golden Hinde for a night of piratical mischief. That’s the Golden Hinde—as in the working replica of Sir Francis Drake’s famous 16th-century ship that’s been sitting in Southwark since the 1990s. Not some cheap plywood knockoff.

Expect to be bundled off to get dressed up in pirate coats and tricorn hats on arrival. After that you can get going on the grog and bootlegging. The ticket price includes three cocktails, so it’s already better value than many cocktail bars. There’s sure to be a few twists and turns with Captain Jack Cassidy and his motley crew as you pilfer hidden treasure.

Pirates of the Hidden Spirit

Other World is a VR bar in east London that allows guests to enter 16 immersive rooms beneath the railway arch by Haggerston station. There are VR experiences to suit diverse gaming tastes. Grab a group of mates (up to 14 players) and don your headset to try and survive a zombie apocalypse, follow a tiny mouse, climb Mount Everest or blow up robots with laser cannons.

You can choose between a 25 or 40-minute session, and there are plenty of ‘real world’ food and drinks to replenish your post-adventure energy levels afterwards.

Run by “The Guild of Misrule”, the production is made up of 57 scenes that take place in nine custom-built rooms over two floors. It’s impossible to see everything, so everyone gets a slightly different experience. You might even get to meet Mr Jay Gatsby himself.

Over two hours, you’ll learn to do the Charleston, see scenes from the book come to life, follow larger-than-life characters and listen in on clandestine chats.

The creative hands behind “A Door In A Wall” are masters of mystery adventure games, having sent amateur sleuths and puzzlers all over central London for several years now. This summer’s show is a return of their sell-out 2018 show.

Dead Man’s Hand invites groups of would-be detectives down to The Underhand Club (aka The Castle Farringdon). The case? The demise of the ill-fated Jack Spade. Each team gets 45 minutes to plan their investigation. From there you’ll get two hours to go off, meet shady characters with pun-tastic names, gather your evidence and crack the case. Teams of 3–6 can play, and puns win prizes when it comes to coming up with an ace team name.

The Hunt for the Smoking Caterpillar

This curiously named immersive game takes places at an equally curiously named venue, The Owl & Hitchhiker in Holloway. Inspired by the world of Lewis Carroll’s Alice’s Adventures in Wonderland, the game has elements of escape rooms, immersive theatre and murder mystery.

Multiple teams will race simultaneously to hunt down the elusive Smoking Caterpillar. Teams will explore different paths, stumbling across characters like Beadle Dum and Poppy Stamp, collecting, trading and gambling along the way. Just watch out for the dreaded Serpent who may be lurking around any corner.

The Owl and the Hitchhiker

Fancy keeping the up the act? Check out our guide to London’s best theme bars and pubs for more unusual London hangouts.