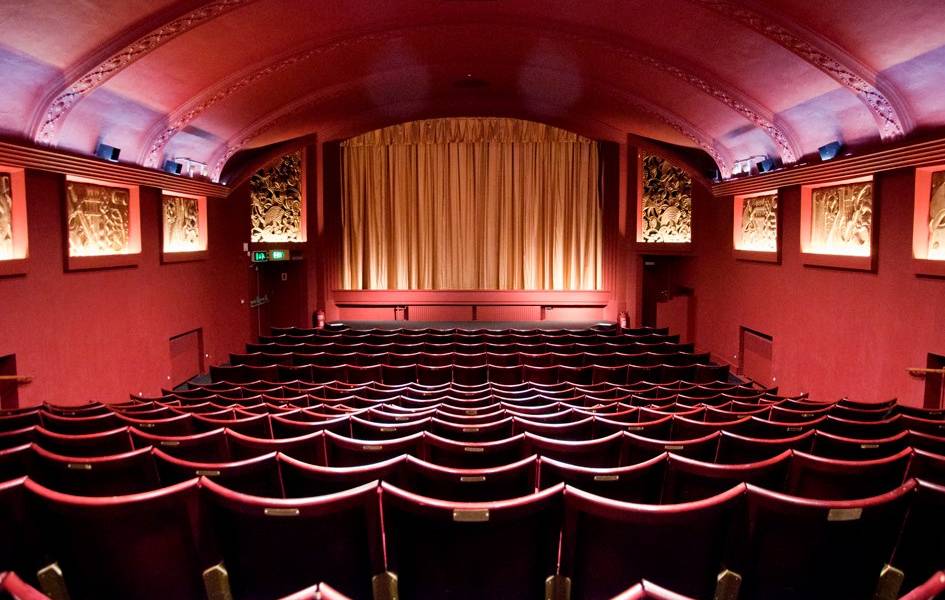 Host Your Own London Film Screening

London is a city that rewards all film lovers, from the art house crowd to mega-blockbuster devotees. But sometimes you’re just not feeling what’s showing right now. Enter ourscreen—a company that lets you host your own London film screening.

Started by two friends with a vision for ‘people powered cinema’, ourscreen is all about crowdsourcing the cinema experience. To host a screening, fans can pick a film from the catalogue or suggest their own. Next, they simply pick participating cinema and share the event online. If enough people sign up, the viewing goes ahead.

And it’s not just film fans who are reaping the rewards—ourscreen is also an alternative distribution platform for breakout indie hits. These have included My Feral Heart, Northern Soul, The Borderlands and What We Do in the Shadows. Recently, the platform even launched a scheme where organisers can earn £100 for putting on a screening.

We chatted to co-founder David Kapur about how ourscreen started, the sociable side of cinema-going, and tips for hosting your own screening in London.

How did you start and what was the initial inspiration behind ourscreen?

Years ago, Ian Cartwright (co-founder of ourscreen) and I worked together at Carlton Screen Advertising. We were heavily involved in things like Orange Wednesday and Virgin Media Shorts. In 2008 we formed the agency elevenfiftyfive, where we quickly helped to launch Secret Cinema and E4 Slackers Club. So it was natural for us to think about the cinematic experience and where we could take that next. Ourscreen allows anyone to watch what they want in the cinema when they want.

We don’t feel like it’s a trailblazing innovation. It’s just something that needed to happen, and we were well placed to do it. The thing that really gets us excited is how we are using a digital platform to get people together in the real world. It’s amazing what you have in common with others who share your film taste. And knowing you’ve all made the screening happen contributes to an amazingly social cinema experience!

How has ourscreen grown since you started?

At first, we were in just five locations, but today we are working with most cinemas in the UK. from major chains like ODEON and Vue to a quite a few independents. Our film catalogue has hundreds of the greatest films ever made, as well as exciting exclusives and the occasional music experience too!

There’s something quite special in bringing people together for a film, rather than taking a punt at what’s on at the local multiplex. Have you noticed a difference in the communal/community aspect of watching films?

Yes! And it happened straight away. Our first ever screening was of a British horror film called The Borderlands. The crowdsourced target for the screening was about 20 people. In the end, I think 35 booked tickets and the screening happened. I went along and noticed that everyone sat together, even though most had never met before.

Now we’re at a point where most people are creating screenings of their favourite films. Tickets get bought weeks in advance and shared on social media. Hosts create Facebook events for screenings so everyone can meet in the pub before and after. You go to watch a film, but you’ll probably bump into someone you know, and you might even make some new friends.

You’re based in London, but host screenings all over the country. Do you have tips for London film fans who want to host a screening?

Give yourself a little time. Create your screening at least two weeks in advance and chat with a few friends first. Suggest a few films and times and see what gathers interest. Once those first few people join in it usually happens!

Are there specific challenges to hosting in London because of cost or screening room availability?

Generally getting noticed in London is harder with so much going on. Rather than price or availability, the popular screenings are the ones offering something unexpected. It may be a film that hasn’t played in cinema for years or an amazing documentary that is suddenly relevant again.

What inspired you to offer hosts £100 for putting on screenings? Do you hope to extend this or do something similar later on?

We just wanted to reward people who are bringing others together. It seems to have gone down really well so yes, our hope is that it is something we can continue.

What are your tips for anyone wanting to put on a community film event (e.g. for titles which might not be available through ourscreen)

Get in touch and let’s get the film on! If enough people want to see it at the cinema then we want to make that happen.

How has ourscreen helped independent filmmakers? For example, I see you have Wild Rose listed which did well in the festival circuit but only got a small release.

It’s a completely new option for filmmakers. It might not be right for everything, but if your film has a clear audience and is best experienced in a packed cinema, we present an amazing opportunity. Last year the Bros documentary After the Screaming Stops first launched exclusively on ourscreen. The same goes for The Man from Mo’Wax and many others. My current tip is Against the Tides which is on the site right now.

Wild Rose was a slightly different thing. It’s actually gone on to make over £1m at the UK box office, which is amazing. We run a scheme called MASSIVE with the BFI and National Lottery which is all about championing British cinema to under-30s. The Wild Rose screenings you saw were all MASSIVE, previews which also featured curated music videos and other giveaways.

Looking for a (slightly) more conventional filmgoing experience? This vintage cinema is offering an additional 10% off tickets with the FTL10 via Red Letter Days.