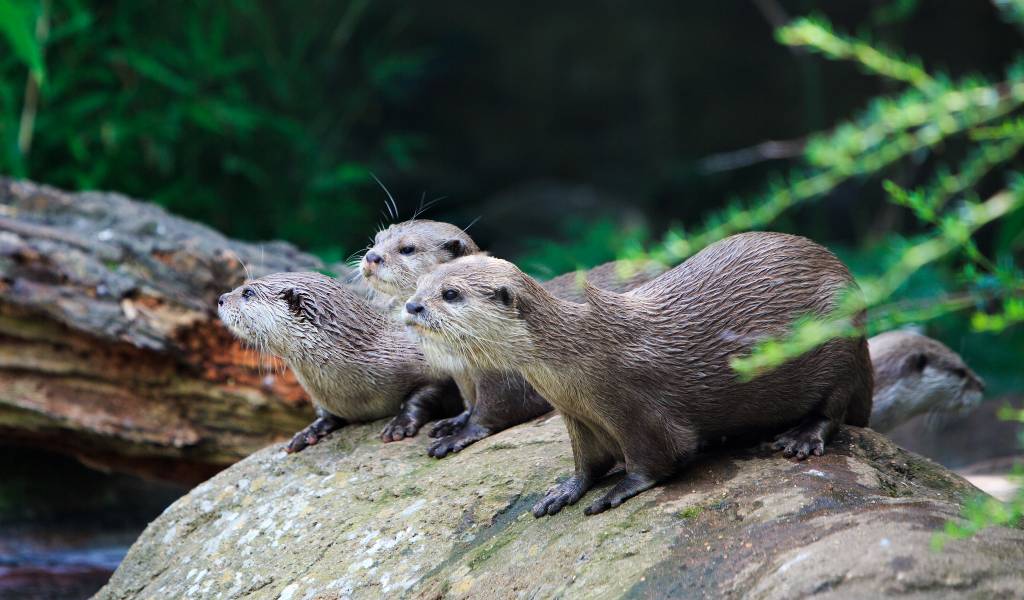 Where to Spot Urban Wildlife in London

Far from just being an urban jungle, London is one of the UK’s greenest cities, boasting around 13,000 species and more than 1,500 sites of conservation importance.

One of Mayor Sadiq Khan’s election pledges was strong protection for London wildlife and biodiversity. And he’s making good on those pledges, supporting initiatives like the tree planting project across London’s churches to make areas more bee friendly.

So, where do you spot this wildlife in London? There’s London Zoo of course, but no, that’s too obvious, too pricey.  Surely it’s better to have an adventure, explore a bit, take a walk on the wild side? Here’s a few places we recommend, where you can spot wildlife without hurting your wallet. Just as nature intended.

Over 350 species of bird have been recorded in London, at different times of the year, and you don’t necessarily need to travel too far to see them. If you’re short on time, you could even factor some of these places into a lunch hour or combine them with other sightseeing.

Kensington Gardens is home to exotic and colourful birds. Flamingos strut up high in the roof gardens, away from the shoppers. Hang out there and you might also see the green ring-necked parakeet.

Visiting the Tate Modern? You might want to look up before you go in, and not just at the impressively tall Switch House. The gallery has also become a favourite hangout of the peregrine falcon, only the fastest-recorded bird in the world, no biggie. When they’re not flying at around 200mph, they like to perch on tall buildings.

The peregrines have made a comeback; they weren’t in London for years. But since the banning of certain pesticides, these guys have literally spread their wings from craggy clifftops to the chimney of a famous gallery.

They have also been spotted across the river at St Paul’s Cathedral too, so keep those eyes on the skies when you’re in the area.

The most well-known wetland is London Wetlands Centre in Barnes, west London. But animal lovers should also take note of Woodberry Wetlands, formerly East Reservoir, which is free to visit.

Sharing a name with the huge and expanding Woodberry Down Estate, Woodberry Wetlands is a stark contrast to the tower blocks that loom close by. The nature reserve is a nesting site for migratory and breeding species. Springtime sees the return of swallows and sand martins. Buzzards and red kites take over the skies at this time year too.

Once the sun goes down, out come the bats. The Woodberry Wetlands has the tiny (and one of the UK’s most common species) the pipestrelle, as well as the far larger noctule and the brown long-eared bats. You can also spot leopard moths, red admiral butterflies, dragon flies, damselflies and populations of newts, toads and frogs too.

Near to the Woodberry Wetlands, Hackney Marshes is an area of grassland, and one of the largest areas of common land in London. Apart from excitable dogs on walks, you can go on bat walks and invertebrate walks. Fish species recorded in the River Lea include bream and perch.

Closer to the centre of the city, the former coal drop between King’s Cross and St Pancras has been transformed into a new urban nature reserve. Alongside the Regent’s Canal, Camley Street Natural Park has meadows, marshland and wetland habitats for creatures to dwell in. Explore to find kingfishers, common frogs, bats and mallards among other species making their homes there.

There are viewing points along the canal and outdoor eating area, so pack some lunch if you want to make the most of your time there.

While we do our best to ensure it’s correct, information is subject to change. This post was originally published in May 2018. Last updated: October, 2020.