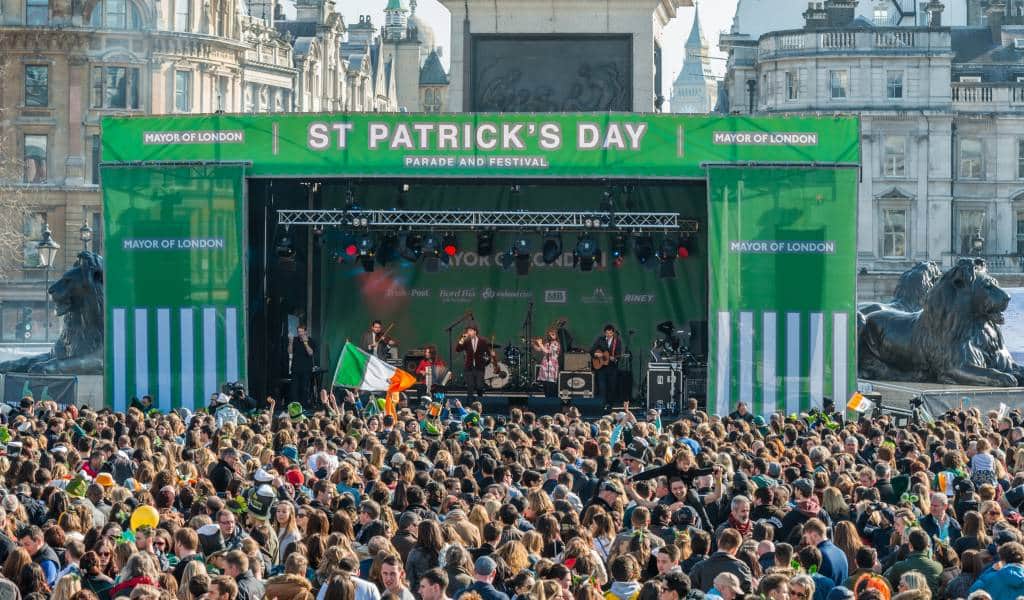 Each year on March 17th, members of the Irish diaspora and friends get suitably merry in honour of St Patrick, one of the country’s most notable patron saints. In London, which is home to roughly 176,000 Irish people, St Paddy’s Day and the weekends bookmarking it are a guaranteed period of merriment.

The biggest of the London St Patrick’s Day events is undoubtedly the annual St Patrick’s Day Parade, which features elaborate floats, marching bands, Irish dancing and Guinness galore. Starting at midday in Piccadilly, the 1.5 mile route finishes at Trafalgar Square via many iconic London landmarks (although not all will be sober enough to recognise them). Roughly 125,000 people will take part, with many donning green face-paint and Leprechaun-style hats.

An evening of Irish comedy

A squad of Ireland’s best comedians is taking over the Backyard Comedy Club for an evening of merriment. The three hour show will be hosted by Peter Flanagan and Matthew McAloone and features Rory O’Hanlon.

Later in the week O’Hanlon will serve as emcee for another night celebrating Irish comedy, this time at Comedy Carnival Leicester Square. The line up includes Jarlath Regan and Conor Drum.

Joing the folks from Exploring Whiskey for a night of Irish whiskey tasting at Ignition Brewwery. Tickets get you five 25ml pours — including small batch and limited release whiskies – plus snacks.

BOXPARK Wembley is throwing a free party in honour of St Patrick’s Day, with Barn Storm on stage singing traditional Irish songs along with other classic hits.

Written by: Kate Samuelson
BIO: Kate is a freelance journalist and the founder of the CHEAPSKATE London newsletter.
Filed under: Things to Do
Tags:
Sharing