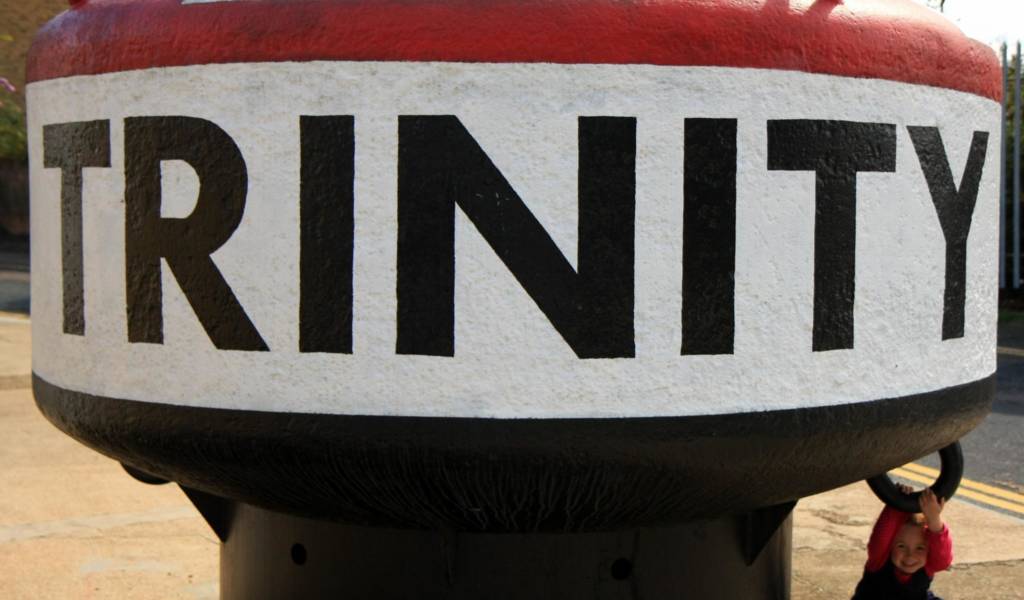 London is full of hidden gems and secret spots that even locals and people who have lived in the city for years don’t know about. We’ll take you on a tour of little-known spaces, alternative architecture and cultural curiosities.

First, we head to East India (in the London Docklands) and explore the riverside area where old maritime history and contemporary art live together.

Trinity Buoy Wharf is a short walk from East India DLR and there you’ll find London’s only lighthouse. The wharf and its permanent exhibitions are free to visit, so that’s great for a start. The area is an arts quarter, and it’s a bit like a cross between an open museum and an artistic and small business community.

Getting to Trinity Buoy Wharf

Take a trip on the DLR from Bank to East India, the driverless journey is great for travelling through old and new parts of east London from high up. From there it’s about a 10-minute walk along a riverside path where you’ll see the cable cars and the looming dome of the 02 Centre. More interestingly, the walk itself is peppered with little fact boards about the area, its nature and history. The walk up to the wharf is lined with a street art trail where you’ll meet these guys.

Local buses will only go as far as East India, so if you need a more accessibility-friendly route, there is an onsite carpark. Alternatively, if you’re wandering on the opposite side of the river, hop on the boat service called the Predator for £2.

The walk up also tells tales of the area’s maritime history, including the merchants The Honourable East India Company (as infamously featured in the BBC drama Taboo) who plotted their not so honourable intentions towards territories including India and China, leading to a rebellion in India and getting the Chinese hooked on opium.

Nefarious traders aside, the real symbol of the wharf is the Trinity Lighthouse. Built in 1864, the experimental lighthouse was used to train lighthouse keepers and testing the lighthouse technology. Scientist Michael Faraday was the scientific adviser to Trinity House and had a small workshop there, but we’ll get to that a bit later.

You can read more about the history of The Corporation of Trinity House as you wind your way around the site.

Jumping right back into the present day,  there’s plenty to explore, discover and look at. If you like architecture, urban spaces, contemporary art and taking photographs you’ll be well rewarded. The area is occupied by artists living and working within its studios and container city. There are also a few businesses here, including a parkour academy in the old Chainstore building which is open for daily drop-ins, in case you fancy a bit of free running, dance or yoga while you’re there.

Visiting Trinity Wharf is definitely a multi-sensory experience and there is plenty of ambient and industrial sound even without the installations. However, if you want a more immersive trip, download the free sound walk audio tour. The sound walk lasts for an hour and has a slightly soporific voice that will make you wander around in something of a dream state, interspersed with interviews with resident artists, locals and heritage experts. A pretty decent way to be guided and no fiddly headset things to contend with.

The biggest permanent installation sits inside the lighthouse, which is open every weekend from April to September. Longplayer is in the lamp room so you can look over the city and river below while a strange, evolving composition by Jem Finer using Tibetan ‘singing bowls’ which has been designed to play with no combination being repeated until it ends after one thousand years. Wrap your mind (and ears) around that concept.

Back on the ground below, just to the side of the lighthouse, you’ll probably hear the call of the Faraday Effect before you see it. Faraday’s tiny workshop has been recreated by Fourth Wall Creations and entices you in with atmospheric sounds. Enter the tiny shed which documents the life and work of Michael Faraday, including an old desk, nautical paraphernalia and notes on the famous experiments he conducted in the Experimental Lighthouse. Look up to see a ceiling papered with sprawling maps, and adorned with colourful dangling glass baubles It’s a world of scientific discovery and sea exploration enclosed in a small space.

Just by the colourful shipping crates in Container City, you’ll find the sculpture park on permanent display. Large fish, intricate machines and twisted figures all created by sculptor Andrew Baldwin. His works change periodically and if you look up as well as down,you’ll find more of his sculptures at different points around the wharf. 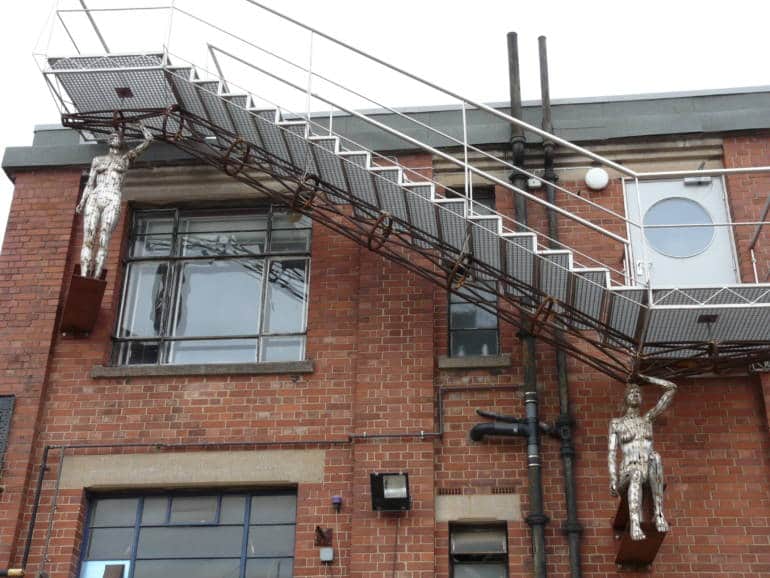 Opposite the lighthouse is the Time and Tide bell, a 3 m double bell created by sculptor Marcus Vergette which is rung by the river to mark high tide. Every strike causes the bell to play different melodies.

River-powered sound is something of a theme here if you hear an eerie sound carrying on the wind, head past the car park to find Floodtide. The Floodtide listening post is a collaboration between Andrew Baldwin (who constructed the machinery) and composer John Eastcott which makes music from the movement of the tide. The result is a rather spooky sound emanating from a large set of metal pipes. 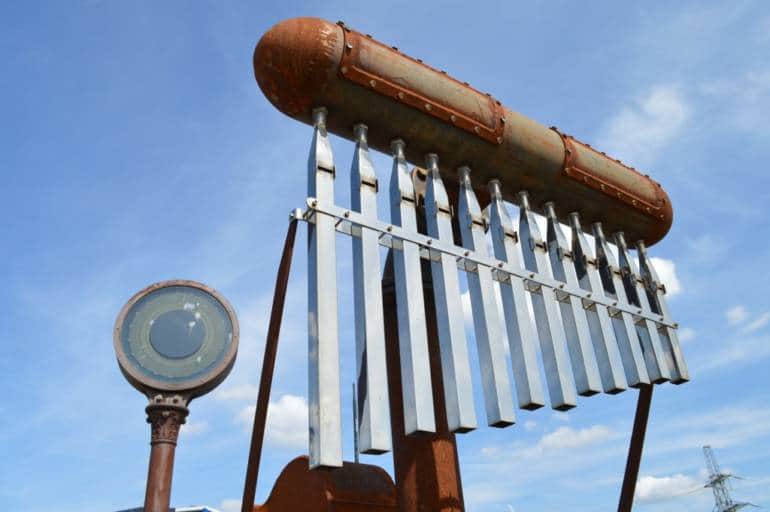 A couple of the installations are best appreciated after dark, so it’s might be worth visiting when there is an event on to see The Acscenda 1977, an 8 m high steel-and-light sculpture by Martin Richman.

If you get peckish during your visit, there is either the quaint Bow Creek Cafe or Fat Joe’s Diner.

Trinity Wharf is open all week, but the lighthouse and is only open on weekends from April–September. Most of the public spaces and installations are outdoors, so check the weather before you go as it’s much more fun on a dry day.

It may take a little planning and effort to get to, but it’s well worth a trip, especially if you’re into hidden places with a few good stories to discover along the way.