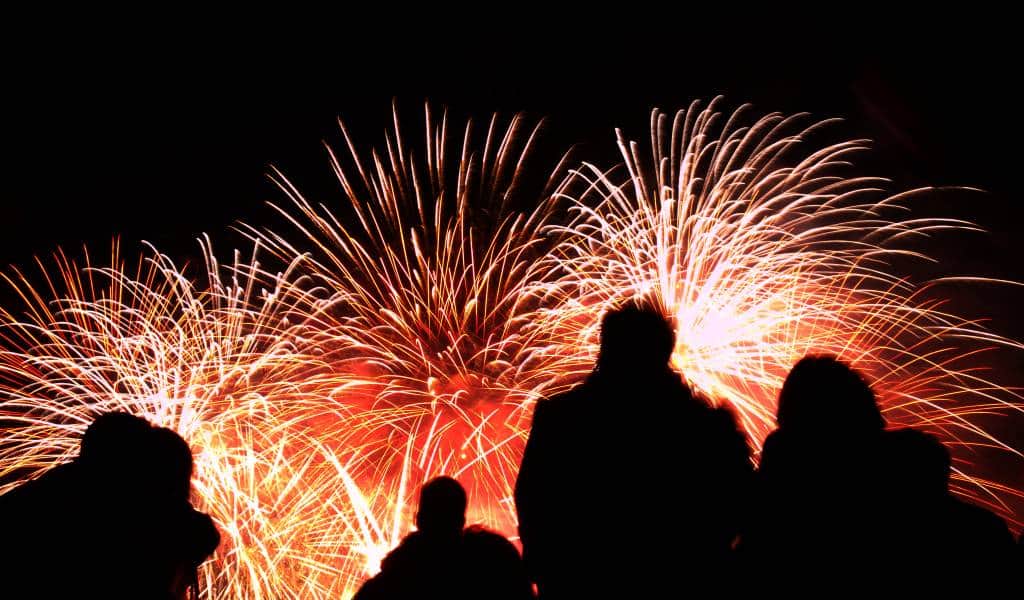 With a two-year COVID-induced hiatus since the last public events, it’s a little harder to remember, remember the 5th of November! Sadly, many Guy Fawkes Night London events won’t return for 2022, but a few of the biggies are back to trigger those memories this year.

A night of flames and fireworks, Bonfire Night is an age-old tradition celebrating the failure of the infamous plot to kill King James the First, who — thanks to some police intervention and a little tattletaling — survived. It’s also known as Guy Fawkes Night; the best known of the plotters may look familiar if you’ve seen V for Vendetta, or watched a political protest on the news recently. Nowadays we celebrate with bonfires and fireworks in locals parks, with toffee apples, mulled wine and the quiet murmurs of ‘ooooh’ and ‘ahhhh’ as we huddle together in the chilly November evening. It’s possibly the best night of the year (100% the case, if you ask me), so learn about the history then head on down to one of the events in the city!

The Gunpowder Plot was the creation of a small group of Catholics intent on blowing up the Houses of Parliament on November 5th 1605, during the official State Opening ceremony. With a complex history of Catholics vs. Protestants as the head of state and incidents of torture and execution, the marginalised Catholics were determined to replace the King, and had to kill him to do so. They decided on an explosion and set about their work, collecting gunpowder in the basement below the Houses. However, the plot was ruined as an anonymous letter was sent in late October, informing officials of the intentions and the group was caught red-handed on November 4th. Guy Fawkes was found guarding 36 barrels of gunpowder — enough to destroy the Houses of Parliament completely – whilst most of the gang escaped and fled. They were eventually caught and sentenced to death for treason, in the spectacularly British tradition of being hung, drawn and quartered.

Having survived, King James created the Observance of the 5th of November Act as a holiday to celebrate his survival, and it is commemorated to this day with bonfires, fireworks and plenty of mulled wine. Be sure to keep an eye out for old traditions like the Penny for the Guy: children will create Guy Fawkes scarecrows and wheel them about, collecting change. Some events have best-dressed competitions for Guys, and you may see some burned on top of the bonfires (also sometimes the pope, awks)! Although sparklers are a favourite tradition at bonfires, they are banned at most events due to children and injuries, so pick up a pack and enjoy them at home if you can!

There are very few towns or villages across England who won’t have some sort of event, so of course London will spoil you rotten with choices. There are some events perfect for children and a few are still free. Take a look at our list of the top events in the city!

If you want to make a real night of it, there is nowhere better to head than good old Ally Pally. The annual fireworks festival has been running for over 150 years and gets bigger every time. The 2022 display brings an incredible weekend of entertainment and fiery fun for everyone to enjoy. Although it was last held over two nights, it’s back to one, so it will be popular despite the now not-so-low admission price. You can arrive in time for the bonfire lighting, watch the circus and choir combo, and enjoy the laser show before the fireworks even begin! The family area, food stalls and craft beer options will keep you full and there are movies and a Bier festival for an extra £19 too. Get Alexandra Palace Fireworks Festival tickets here.

Especially designed with kids in mind, the twin Wimbledon (4 November) and Morden Park (5 November) fireworks both have two sets of events, with one starting nice and early at 6:30 pm. After they light the first bonfire, the kid-friendly fireworks will start at 6:45 pm. The second set of events will begin at 8:30 pm followed by a louder display set to the sound of a specially designed setlist. There will be plenty of food and drinks as well as a funfair, so the little ones (and the big ones) can have plenty of fun.

Importantly, family tickets (2 adults + 2 children) are available for £34.24 in advance. If you buy at the gate in Morden, each person will have to pay £10, including kids, so it’s best to be prepared! Also, due to capacity limitations, the only tickets for Wimbledon are online in advance (no on the gate or early bird tickets). 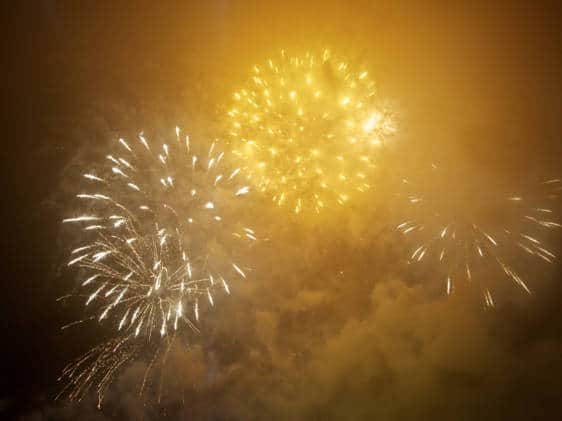 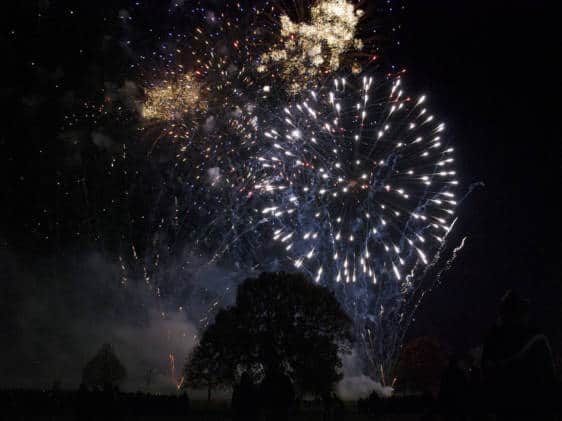 Attracting crowds of 8,000–10,000, this local favourite is one of North London’s biggest fireworks displays. It’s a family friendly event, so be sure to check out the £31.00 family tickets if you’re going with kids. Children under 4 go free, and can look forward to a merry-go-round, stalls and inflatables. For the adults there’s a licensed bar (and a mulled wine station), and there’ll be a good selection of upmarket festival food spots. 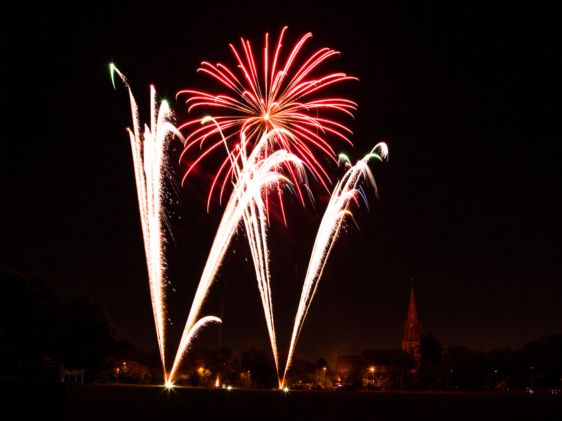 While other fireworks nights have either cancelled or scaled down, Wandsworth Council has done the opposite, expanding the Battersea Fireworks to two nights from the usual one. This is South London’s biggest fireworks display and they’ve also upped the food and drink offerings, with everything from hot dogs to curry, plus an extended Sweetieland for that sugar rush.

The event is a good choice for families, as there are free tickets for children under 10 years old on family night. 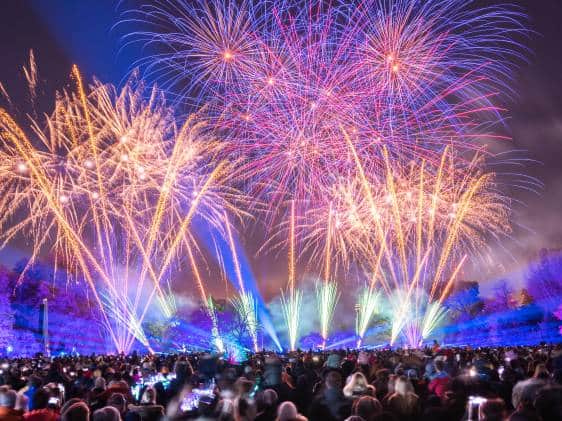 Guy Fawkes Night London events not going ahead in 2022