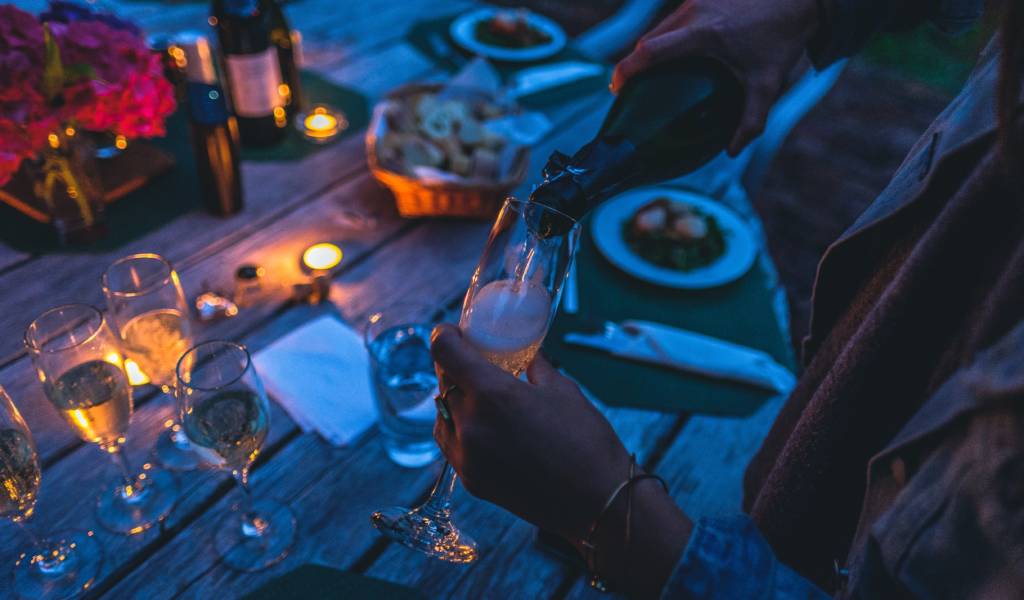 How do you make a cheap dinner even cheaper in London? By adding three magic words: Bring Your Own.  This refers to drinks—also known as BYOB—but the former is more welcoming to those who don’t want booze. There are a couple of things to note: BYO can sometimes be restricted to specific weekdays, and not all of the places that offer it are cheap. But we’re not interested in the pricey options, read on to find BYO restaurants in London without corkage and for £20 and under.

A tiny cafe inside of a shop in Peckham, serving up Persian veggie food. Their Snackistan menu is designed for sharing from classics like meze with warm bread for £7.50 (for two), daily hotpot with rice and yoghurt for £7.50 and baked sweet potato filled with Persian baked beans and haloumi. While you’re there, peruse items form aubergine corers to Backgammon boards and even evil-eye jewellery. You can buy cheap spices and sauces if you want to cook your own Persian feast at home. 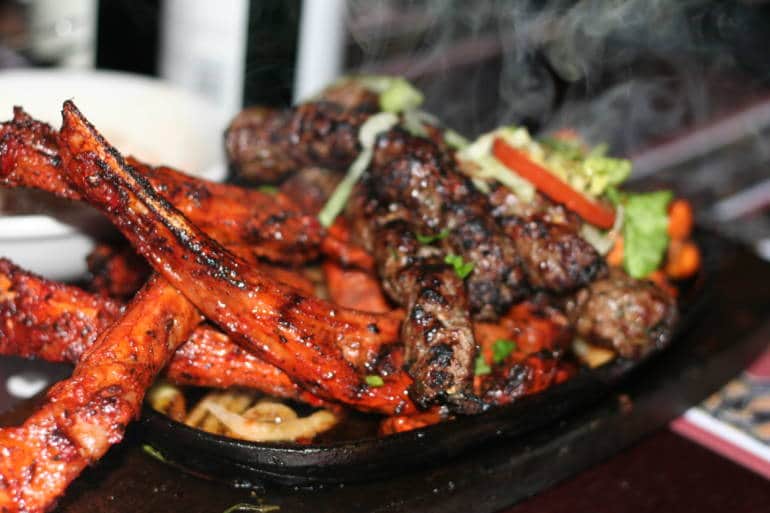 This Punjabi restaurant in Whitechapel has been in business since 1972 and is somewhat legendary in London. You can do the Brick Lane curry barter-thon, or just head straight here. Expect things to be busy, (early dins or advance booking is advised) but you’ll be rewarded by cheap, delicious food. Pair your BYO drinks with their signature fiery lamb chops, or veggie curries like tinda masala (baby pumpkin) as well as different types of dhal and rotis.

A small, Bohemian community run veggie and vegan cafe in Vauxhall. A co-operative of rotating cooks from all over the world, Bonnington Café is a cosy, home-away-from-home with a varying menu of cheap food. It’s a place for those who like a side order of surprise with their food.

You could turn up on one night and get a Japanese feast, French or Italian food on another and even a Medieval-inspired menu while someone plays the piano or recites poetry.

Corkage is free, but a 50p glass donation is requested. Book ahead (it’s not confirmed unless the daily cook has replied) and bring cash with you, as they don’t have a card machine.

Cost: £14 for three courses (starters and desserts are £3 each and mains are £8)

The Hackney branch of Little Georgia is still corkage-free BYO (alas, none of that at the bigger Islington restaurant). Close to Broadway Market, and decked out in with artefacts and artwork from the former Soviet country. Georgian food has a mixture of influences including Russian, Turkish, Persian and Jewish—and it’s hearty, perfect for chilly weather. Pop in with your takeaway bottle for plates like Pelmeni (seasoned meat dumplings) or the excellently named Snazzy Beans.

Not only is this place in Bethnal Green BYO, it’s actually a three-in-one combination of Korean café, restaurant and hairdresser. The hairdresser is next door (side note, you can drop in for a quick haircut for less than £20).

During the day Hurwunkdeki is a café and becomes a restaurant by night. A weird business model yes, but you can’t knock cheap Korean classics like bibimbap and bulgogi, mandu dumplings and jeon pancakes.

For more cheap eats in the city, check out our Central London restaurant recommendations.