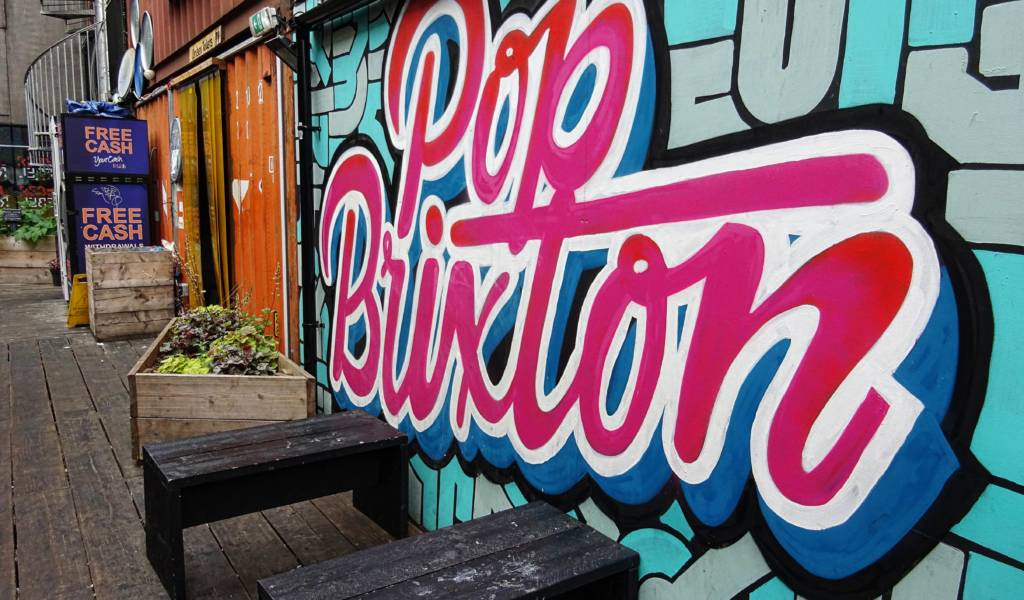 Thought London had already had its fill of outdoor eats? Think again. The London street food trend is only growing—so much so that you could enjoy tasty morsels in every borough this summer.

Nearby Borough Market is probably the most famous London street food destination around—and for good reason, it’s great. But if you fancy a change head to the other end of Borough High Street. you’ll find plenty of mouthwatering treats, smaller queues and more places to have a seat while you eat at Mercato Metropolitano.

Part of the market is covered (it used to be a paper factory), but there’s a leafy outdoor space which is also home to Backyard Cinema. As the name suggests, there’s lots of Italian food on offer (including an Italian supermarket), but there’s also Japanese food, Vietnamese food and an Argentine grill.

Unlike most London street food markets, Mercato Metropolitano is open seven days a week. It’s the kind of place where a swing band might be playing jaunty tunes as you wander around the more than 20 stalls, shops and bars.

Street Feast has been feeding Londoners at daytime and nighttime markets since 2012.

Dinerama has been a staple of the Shoreditch street food scene for a while now. It’s open Wednesdays to Saturdays all year round, with two floors of food stalls and bars. What’s more, get there before 7:00pm and you’ll duck right under the £3.00 cover charge.

Canada Water is home to Hawker House, a weekend street food ‘mega market’ with a rotating line-up of 12 food vendors and 10 bars. Like its East London sibling, Hawker House is open throughout the year. Interestingly though, the place gets a summer makeover—and expands its capacity from 2000 to 3000 in the tropical, tiki-themed “Land of Bamboo”.

Street feast also runs Giant Robot in Canary Wharf, which is open all week, and stays open until 1:00am on a Saturday. Away from the glare of the multinational banks, Lewisham is home to Model Market, with rooftop bars including The High Line and Rotary Bar.

This pop-up space made up of old shipping containers doesn’t just serve up food and drinks. It’s also home to lots of local independent businesses. That means you can crate dive for records, check out vintage clothes, get your hair cut or even get inked while you decide what to eat.

The main food and drink area is in the middle courtyard space, in which you’ll find some of the best street food London has to offer. But it’s also worth exploring the little side alleys and nooks which are lined with food stalls too. You can eat and drink well into the evening at Pop Brixton, sampling the likes of World of Wurst, with the brilliantly simple promise of ‘sausages from around the world’). There’s also Vietnamese food from Viet Box, spiced burgers from Baba G’s Bhangra Burger and Japanese ramen from Koi Ramen. Drink options include plenty of Red Stripe on tap and spiced rum courtesy of the S11 bar.

Like Street Feast, KERB is a collective of London street food markets. The stalls here usually pitch up right on the street, not in covered areas–so it’s one for a clear day. Locations include King’s Cross, St Katherine’s Dock, The Gherkin and West India Quay. Rotating traders include Mexican Fried Chicken, Lords of Poké, tacos and burgers from Hank’s, Indian Street Kitchen and Hanoi Kitchen.