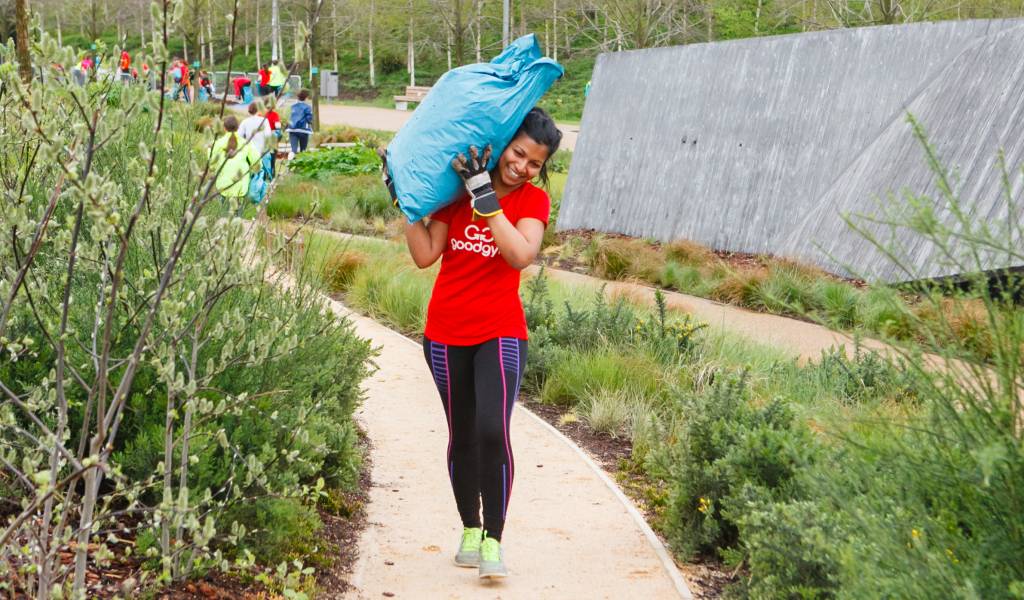 Fancy Volunteering and Getting Fit for Free? Enter GoodGym

Fitness and voluntary work do not normally go hand in hand, but GoodGym are inspiring runners across the capital to get involved in both. Founder Ivo Gormley was frustrated with the nature of normal gyms, and wanted to find a better, more socially engaging way of getting fit.

A chance encounter with an older person inspired the missions that are a big part of what led to GoodGym’s formation from a lean start-up model in 2010. GoodGym works with organisations like Age UK and local authorities, and aims to combat loneliness and isolation among older people, while promoting fitness. We chatted to Ivo about how to feel good, do good, and discover interesting sides to your community.

What made you want to start GoodGym?

I wasn’t doing any exercise – I used to do a lot of basketball which I loved, but then I stopped, I didn’t have a team anymore and was needing to exercise. Everyone was saying “you’ve got to go to the gym” and I really didn’t like the idea of gyms as these sort of expensive, sweaty basements where you pay loads of money to lift things that don’t need to be lifted. And run nowhere on treadmills while being right next to other people, but not talking to them. I thought, we should be able to do something that is just as effective fitness-wise, but would also put that energy into doing something a bit more useful.

There was this old man, Terry, who was an ex-builder of my friend’s parents, and I had met him briefly in passing, when my friend popped in to say “hello” so I knew he was there, and asked my mate if he might want someone to come and visit. He was pretty much on his own all the time, he didn’t really have any family or friends visiting him. So, on Tuesdays and Thursdays, I’d run round to his house and bring him a newspaper and we’d have a chat. Over the years, we became really good friends, and he encouraged me to do more running, and said that I needed to do sit ups, and press ups as well as my running if I was going to be as fit as I could, and it just really worked in terms of giving me the extra motivation to go out and do things, even when it’s raining or someone asks you to go to the pub. You’ve got a real reason to do it there and then, rather than put it off till tomorrow which is always the temptation.

What are the costs involved in joining?

It’s free, you can always just turn up to our runs, you don’t need to pay or register or anything. If you want to, you can make a donation to us, and a lot of people do but no-one has to, and you can do all of GoodGym without it, no one knows who is making donations and who isn’t, there’s no difference in terms of what you get whether you donate or not.

Could you donate on an ad hoc basis, or does it have to be monthly?

We basically encourage you to make a monthly donation, or not at all, that’s the easiest thing to do, but a lot of people say they can’t afford it, and that’s totally fine, we really want you to participate in it and not donate rather than not participate, we want everyone to be able to do it.  It should be pretty flexible. Obviously like any organisation or charity, it’s important for us to be able to keep going, and have some revenue, but the principle is we want it to be as easy as possible to get involved and we never want money to be a barrier.

What kind of tasks do people do as part of GoodGym?

There are three different aspects to GoodGym. The easiest one to get involved in is the group runs. In a group run, you all meet in a cafe or community centre, it’s a different place in each borough, and you run from there, led by a brilliant personal trainer or running coach to go and help with a task somewhere in the community. That could be a school, or a community garden, an old people’s home or a park. It’s often something that’s quite physical, like recently we shifted massive bags of wood chip in Greenwich. It’s pretty varied, like going on a little adventure, you don’t know what it’s going to be like until you arrive. It’s a really nice way of finding out what’s going on in London.

So you’re still involved in the runs and tasks?

Terry sadly died about three years ago, but I’ve got a new person who I visit. We call them coaches because they inspire us to keep running. And that’s the second part of what we do, what we call coach runs, that’s where you run to visit older people. So you commit to doing at least a weekly run, unless you’re on holiday,  but otherwise you are committing to make it a regular visit. I run to visit a woman called Jean who has lived in Hackney since the end of the war, and it’s just a brilliant thing to do, it’s only a little run for me, but gets me out of the house and transports me to another era, in a way. It’s amazing how much you can find in common with someone who has lived in your area for many, many years and has a completely different perspective on it.

How fit do you need to be in order to participate in the tasks?

For normal group runs we suggest that you can run for 15 minutes without stopping as the basic level of fitness. We also run starter sessions for people who are a little bit worried about their fitness levels for the regular group runs, or you just want to go to a session where everyone is new. They’re really short runs, and shorter tasks. All GoodGym sessions are no longer than 90 minutes, as we don’t want to take up your whole evening, and that’s the same with starter sessions. If you’re worried about your fitness, then sign up for the starter sessions.

When are sessions held?

All group runs are held on Monday, Tuesday or Wednesday evenings, so you have a big choice of runs all over London. Wherever you are, there should be a run close to where you live or work.

How often do people usually run with GoodGym?

It’s a total mix, which is one of the nice things about it. If you want to, you could do it a couple of times a year or five or six times a week. We really want it to be flexible and easy and no pressure, and that’s the good thing about the group runs particularly, as you can just turn up, have a go, and see what you think. With missions, the third part of what we do, which is one-off tasks for vulnerable people – for example changing smoke alarm batteries, or clearing overgrown gardens, then you will have to do a DBS check and some training. It’s a little bit more involved, but you can do most of the training at home, online and we have tried to make the DBS check as easy as possible.

What impact do your missions have on the lives of the individuals you visit?

There are a million people over the age of 65 in the UK and often lonely, is what the research says. It’s a huge and terrifying problem that no one has a systematic approach for, adult social care is really struggling to reach everyone who needs that support. It’s just so important that we do our absolute best to get people to take just a little bit of time to go and talk to someone, literally just 20 minutes, which is also an amazing experience for the runner and life changing for the older person.

Do people who sign up usually have experience in doing voluntary work?

Most actually haven’t – around 60 percent. I think it’s seriously one of the easiest ways of volunteering in London. You could find out about GoodGym on your lunch break, and be out on a run that evening.

Do people become more motivated in their running as part of this group?

Yeah, I think so. I think we definitely want to get people to decide what they want to get out of running, or their participation in GoodGym. We’ve found that when people start running regularly, they start getting more into running in general. On our website, we encourage you to set a goal, like running a bit further or faster, or improving wellbeing, losing weight, but choose a target on improving either fitness or well-being and then work towards that by doing a certain number of sessions a week. You get the support of the wider GoodGym community and also your trainer, who is there to help you achieve your fitness goals.

GoodGym is currently based in 23  boroughs across London, with another 12 starting up in the next few months.  If you want to keep fit, contribute to your community, or keep an older person company (in the nicest way possible) jog on! Sign up here.

For more ways to get fit for free, see Frugal Fitness in London.