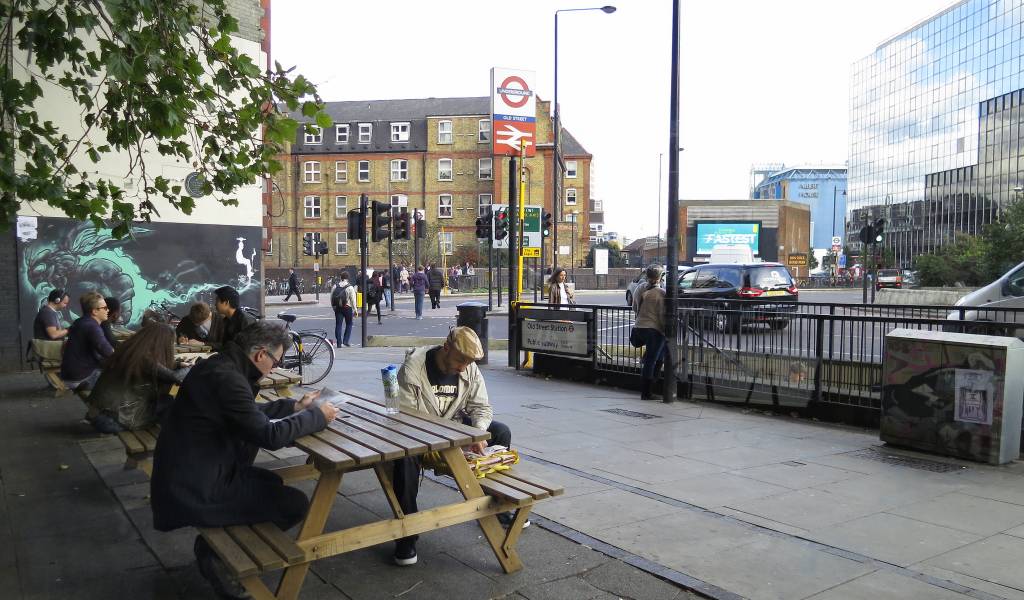 Old Street (or Silicon Roundabout as it is known due to its high number of start-ups and tech companies) runs into Hoxton and Shoreditch and the vibe is the same throughout the area. It is an incredibly busy neighbourhood where people work hard and play harder. Aspiring entrepreneurs and tech job seekers should head to the Silicon Roundabout Meetup at International House for Europe’s largest tech gathering. For nightlife on a budget, The Book Club hosts events covering all kinds of niches from hip-hop quiz nights, to craft workshops and short film nights, many of which are £5 or ask for pay what you want donations.

It is a primarily concrete area but there are some hidden gems. St Luke’s is an 18th century Grade 1 listed church, which is now occupied by the London Symphony Orchestra that has a small but well kept public garden. Despite the fact it has been trading since the 17th century, Whitecross Street Market is not one of the better known London markets. Head there on Thursdays and Fridays for the food market, and amble through on other days for the general market. Escape comes in the form the Ironmonger Row Spa, which frequently features on deal websites like Groupon and spabreaks.com so that you can get pampered on a budget.

All Articles about Old Street

Things To Do in Old Street