Our exploring Hidden London series takes a look at more local favourites. Here are a few of our top concealed venues, unusual sights and secret bars in London. Can’t get enough? Be sure to check out our previous article on Hidden London, which explored Our top gardens and reading spots.

The city has no shortage of small and tucked-away bars and pubs for a non-rowdy nightcap.

A tiki-style cocktail bar tucked off west London’s Portobello Road, filled with 60s kitsch vibes and lots of rum. If rum’s not your poison, the bar serves up excellently named whisky, gin and vodka cocktails like the Espresso Martiki and Tropic Thunder. They also serve soft drinks and mocktails for non-drinkers. It’s a place for fans off Mad Men-style decor and 1960s tunes, where service is taken seriously, but the setting isn’t.

The Blue Posts is a surprisingly common London pub name. But what makes this Chinatown boozer special is it’s not just a pub. Ground floor is fairly a pared back affair, with no fuss or frills, where you can get craft beers and bar snacks. Downstairs is a tiny 11 seat kitchen bar serving up Italian food. But for a drinking den with a splash of Film Noir, head on up to the Mulwray, named after Faye Dunaway’s character in the film Chinatown. Shell lamps line the walls and you can sit on comfy velvet seats while sipping zingy drinks like the Gogo Yubari (a yuzu spiked gin fizz number) or just the drink from the regular bar menu in style.

In true speakeasy fashion, you’ll need to seek this one out. It’s hidden within Milroy’s, London’s oldest whisky shop, where you’ll need to tell staff you’d like to go into The Vault. From there, you’ll come to a bookcase which reveals the clandestine drinking den. It’s minimal, dimly lit and as you might expect takes its whisky seriously. But you can prop up the bar with Chester the house dog as he sips water from a martini glass.

Kebab shops might seem like the opposite of a relaxed drinking venue. But bypass the waft of greasy meat and push the door next to the big kebab shop on Great Eastern Street near Old Street and you’ll be more than pleasantly surprised. Descend the stairs and get cosy in the Czech-kitsch 60s lounge, where no suits are allowed. Don’t just rock up though. You’ll need to make an appointment. The only way to get in touch? By calling 07720 707000.

Alternatives to the loud popcorn munching and premium priced tickets of the multiplex.

A team of volunteers run this tiny, community cinema in south east London. Sitting inside an old shop, Deptford cinema is an ideal hideaway for film lovers who want a decent programme of arthouse and foreign cinema. Tickets are £6.00 (and go as low as price amount=4.50] for concessions), and there’s a café/bar selling cheap drinks and snacks. The venue also has comfy velvet seats and runs a regular film and book club.

East Finchley’s old Art Deco single-screen independent cinema is one of London’s (and the UK’s) oldest. The auditorium is a proper old-fashioned movie theatre (so no cup holders!), and tickets are £7.00 on Mondays. The Phoenix shows more independent and classic films than blockbusters. But Stars like Dustin Hoffman and Oscar Issac have popped in for Q&As in the past, so you’re always in good company.

This Hackney indie cinema has been a real labour of love. It was originally open from 1913-1958. A few decades, some pop-up events and a kickstarter later, The Castle Cinema was re-opened in 2016. It’s had a pretty swanky fit out and has big comfy chairs to sink into. But, you can enjoy luxury viewing for cheapo-friendly prices, especially on Mondays when tickets are a fiver for members.

As the venue says, it’s more than just a cinema. The Lexi is also a social enterprise with all profits going to The Sustainability Institute in South Africa. Staffed by a team of friendly locals in Kensal Rise, the cinema shows everything from popcorn movies to classic films and has £7.00 tickets on Mondays too. 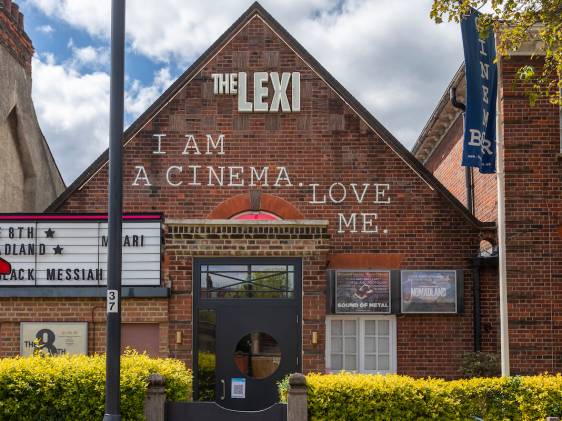 Because you can still see great bands without paying enormodome prices!

A decent Angel boozer with a lots of bourbon downstairs and a great live room upstairs. There are comfy sofas and booths for lounging downstairs. Upstairs is all about dancing and toe-tapping. There are regular indie and pop nights, as well as all kinds of gigs from garage pop to folk and most genres in between.

Head down the ramp at Hackney Central Station and you’ll find Oslo. It’s another venue above a bar, with a fairly decent sized loft-type room, where you’ll see underground bands and music press darlings for around £8.00–£15.00. There are also two regular club nights. There’s Valhalla (hip hop and R&B) on Fridays and Locomotive Disco (house, disco and funk) on Saturdays.

The back room of an ex service men’s club in Hackney with a beglittered ceiling might sound achingly hip, but Moth club’s programming and low prices makes it worth the hype. If it’s good enough for Lady Gaga (who dropped in for a surprise show), then it’s good enough for the cheapos. Moth stands for Memorable Order of Tin Hats, and now the venue hosts regular gig nights (including lo-fi, garage rock, indie and electronic), club nights, film screenings courtesy of Deeper Into The Movies and comedy nights which usually come under the £20.00 mark.

A tiny basement room, with a cute, cosy candlelit bar upstairs. Bands and artists tuck into a small nook to play to a maximum capacity of 100 people. Despite the name, the music policy isn’t all Jazz, the likes of Anna Meredith, Fanfarlo, Happyness and Filthy Boy have all performed on its tiny stage before playing bigger ones. 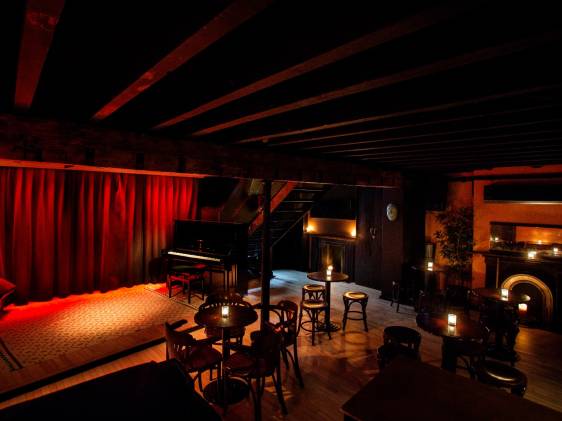 Jewel Tower, (Ruins of the original Palace of Westminster)

The Jewel Tower is over 600 years old, and is one of only two buildings from the original medieval Palace of Westminster to have survived the fire of 1834. Originally built to house the regal robes and bling of Edward III, the former ‘King’s Privy Wardrobe’ welcomes visitors to peruse an exhibition over three floors. Visitors can see a model of the original palace, ornate carving and other artefacts.

Not to be confused with the pub venue of the same way (though legendary its own way), Brixton Windmill is over 200 years old. It’s only open to the public on guided tours from April to October. Guided tours are free, and are scheduled on the second weekend of each month, with a few on event days and some extra days in September where you can see original wind-powered machinery. 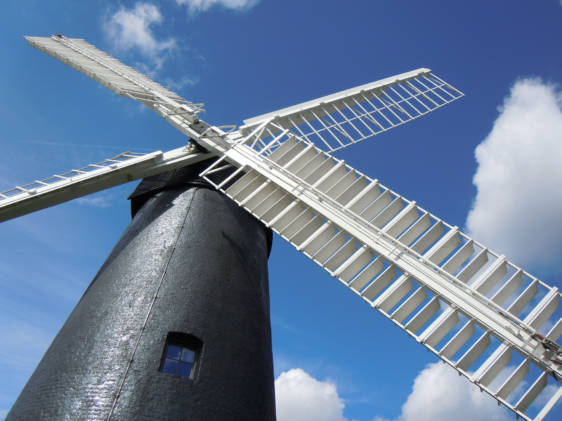 Down Redcross way, a small backstreet close to Shakespeare’s Globe and Southwark Cathedral lies Cross Bones Garden, an old burial ground honouring forgotten and marginalised people, including prostitutes and those not deemed worthy of being buried in so-called “hallowed ground”. But the project to remember those that London cast out hundreds of years ago is ongoing, so visitors can find out more about their hidden histories, and see the colourful shrine covered in ribbons and messages and visit the ‘Invisible garden’ which is also a memorial, as well as pyramid made from excavated stone.

There are several disused underground stations across London, but Aldwych is one you can still go and visit on occasion. It’s been used a filming location in Sherlock and Darkest Hour among others. The only way to visit is by booking on a guided tour where you’ll get to see the old ticket hall, eerie old platforms, tunnels and walkways. Tours tend to sell out fast, but you can join the mailing list to find out when the next batch will be on sale. London Transport Museum also runs tours to other hidden places like Euston Tunnels and