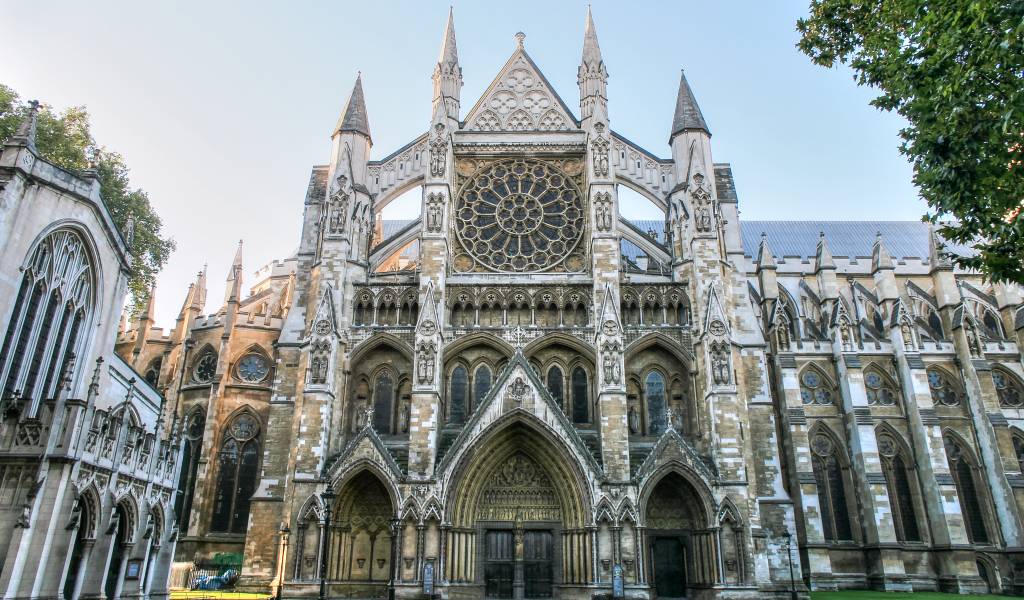 Located just to the west of the Houses of Parliament and a short walk from Buckingham Palace, Westminster Abbey is a grand, mainly Gothic abbey church first established in 1080.

The abbey is an important religious site for the British royals, being the traditional place where coronations happen. It’s also the final resting place for a large number of English and then British monarchs. Along with the royals, quite a few notable figures from history have been buried in the crypts of the abbey. Among them are Charles Darwin, Isaac Newton, Robert Stephenson, Charles Dickens, and Ernest Rutherford.

While services in the church are free to attend, if you would like to visit as a sightseer, you’ll need to book in advance (due to COVID-19 restrictions). Tickets are £18.00 for adults and £7.00 for children.